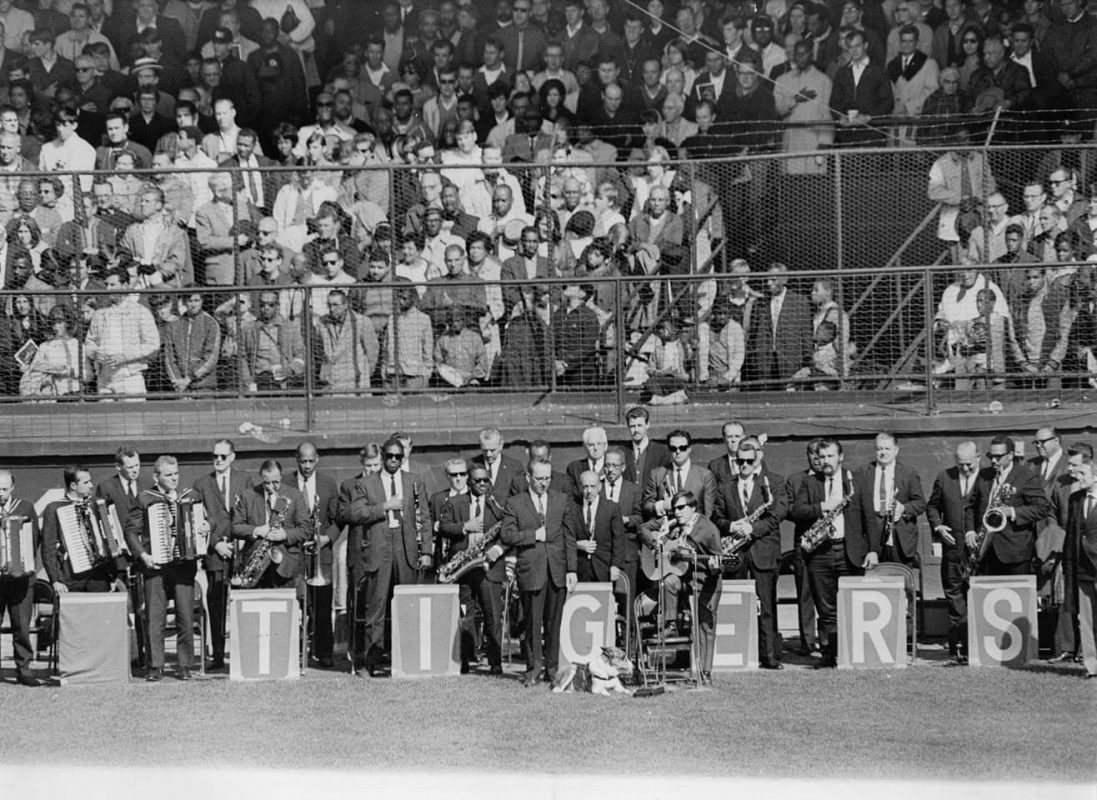 Feliciano, strumming guitar between the G and E, introduced a norm crushing version of the anthem that created a national stir

Fifty years ago, times weren’t really different. The country was as divided then as it is today; likely more so.

Today, our nation is enjoying prosperity and for the most part, there’s peace on earth. There are no deadly riots on the streets of our major cities and the United States is not engaged in any mass bloody wars off its shores.

But unlike this year, 1968 will live in infamy. Americans died in the inner-cities as a result of civil rights protests and alleged police retaliation. Sadly, Dr. Martin Luther King was murdered in Memphis in April and Senator Bobby Kennedy was killed in California in June, having just won the Democratic primary.

In the mid 1960s, Los Angeles, Newark and Cleveland, among other cities, suffered deadly riots. In 1967, Detroit was ravaged by unrest, destruction and 43 fatalities. In the spring of 1968 there was an uprising in Detroit after the assassination of Dr. King and in the summer of that year, Chicago police bullied protesters at the Democratic convention.

Meanwhile, the war in Vietnam was raging.  American soldiers were arriving back in body bags. Men of military age like Muhammad Ali tried to avoid the draft while many World War II and Korean War veterans took umbrage at demonstrators who angrily took to the country’s streets.

The ‘60s were polarizing times. Authority was questioned. The nation took sides, young vs. old, liberal vs. conservative and pro-war vs. anti-war. Against this backdrop in October, 1968, Tiger Stadium hosted the middle three games of the World Series against the Cardinals. Detroit’s downtown, where Tiger Stadium was situated, was rotting. Its decay was a source of despair.

From a baseball perspective, it was the last year that the American and National Leagues each functioned as one. There were no divisions. It was before computers and even cable television. All World Series games were played during the day. The lords of baseball didn’t experiment with a Series night game until 1971.

The Tigers, led by Mickey Lolich, Al Kaline, Denny McClain and company were pitted against the Cards, fueled by Bob Gibson, Lou Brock, Orlando Cepeda and teammates. Simple times! All World Series games were on NBC.  Football was erupting but baseball was still prevalent. For that matter, the warm and inviting voice of Curt Gowdy introduced the ’68 Series on NBC, “as America’s greatest sports spectacle.”

Teams didn’t have promotions departments that administered entertainment at the ballpark. There was little of it anyhow. Yet this was the World Series and the anthem would be performed by popular singers. Jim Campbell, the Tigers’ GM, asked the esteemed, reserved and somewhat docile Tigers’ voice Ernie Harwell to choose three prominent singers for the honors. Why, you might ask, would Harwell be given this assignment. See, Ernie was also a lyricist and songwriter. And while only in his ninth year with the club in ’68, Harwell’s honeyed voice was already having an emollient effect on a city challenged by internal strife.

For game three, Ernie chose a white female singer and Detroit native, Margaret Whiting, a boiler-plate like choice. For game two, Harwell invited soul singer Marvin Gaye of Motown fame; stipulating that he do nothing musically off kilter; that the anthem be sung in its traditional manner. Both singers agreed and indeed their executions were conventional and respectful; mainstream renditions familiar to virtually all Americans.

So he reached out to a young Puerto Rican singer by the way of New York, Jose Feliciano. It was the same year that the blind and talented performer released his smash hit album, Feliciano! Jose’s big hits were Feliz Navidad and Light My Fire.

The night before game five, Feliciano was in Las Vegas opening for Frank Sinatra. When done, he left the Vegas stage and settled onto a red-eye flight to Detroit for the afternoon game the next day at Tiger Stadium.  Ernie picked him up at the airport, drove him to the ballpark, took him into the clubhouse and then ushered the 5’5” singer and his seeing eye dog to centerfield.

At the appointed time, before a full house and a huge national television audience, Feliciano strikingly crooned the anthem off-key. He strummed his guitar and sang soulfully, intoning lyrics unconventionally; in bluesy fashion. Many of those witnessing in the stadium and watching around the country were stunned. To them, it was flat out disrespectful. The singer tweaked musical strains; making the melody almost unrecognizable. If you wouldn’t have heard the words, you might not have known it’s Francis Scott Key’s cherished anthem, the one that you’ve heard since childhood.

When Jose and Harwell headed back from the centerfield platform, boos at Tiger Stadium were audible. Feliciano later said, “When I heard the boos, I said to myself, ’What’s that?’ I wanted to show patriotism. Only in America can this happen. I was a blind Puerto Rican from New York.”

The telephone switchboard at NBC lit up. Renowned newsman Chet Huntley reported on the Feliciano rendition on the NBC Nightly News. Military veterans were so irate, there were reports that some threw shoes at their television screens. They felt Feliciano’s act was derisive and blasphemous.

Tony Kubek was then a reporter for NBC television’s coverage. “Kubek tapped me on the back and told me that I caused a riot,” Feliciano added. Harwell who chose Jose said, “I was called a communist.”

Feliciano was being vilified. Longtime sports columnist Jerry Izenberg was there and couldn’t believe the response. “It was like someone urinated on Beethoven’s grave,” he said.

“Afterward I lost jobs and radio stations pulled my music. I got the feeling they wanted to deport me,” Feliciano said, adding “Willie Horton (Tigers slugger) told me, ‘You woke everybody up.’”  Years later, the observant Bob Costas, doing a piece on the episode said, “It’s hardly imaginable today that Jose’s version of the anthem would cause such a stir.”

In 2010, Tigers beat reporter Jim Hawkins wrote that GM Campbell, an arch conservative, was censured by the American Legions and lest he forget, Campbell, at the time, framed the letter in his downtown Detroit apartment.

Not until after the Tigers won the game and the last two in St. Louis, overcoming a 3-1 deficit to win the Series, did Harwell hear criticism from Tiger management. There was a time immediately after the Series that Ernie feared for his job. Owner and president John Fetzer wrote Ernie, “We have had at least 2,000 complaints on the matter, and the negative position has run a ratio of at least 100-1.” Ernie said that direct mail to him numbered 305, of which 120 wrote in support. Harwell, of course, continued in the broadcast booth for decades and is unquestionably Detroit’s most iconic sports broadcaster ever.

In 2010, the story took an ironic turn. When Harwell was suffering from an incurable form of cancer, the Tigers honored him prominently. He made one request which in part was in jest. Ernie asked that the club invite Feliciano back to sing the anthem before a game against the Yankees. They did. I would think it was a sense of vindication, 42 years after Harwell thought he would be fired as a scapegoat by then Tigers’ management.

Flash forward to more accepting times, 2012, and game one of the NLCS. Jose Feliciano was invited to San Francisco to perform the anthem. Renel Brooks-Moon, the Giants’ public address announcer, introduced Jose warmly and enthusiastically, proudly identifying him as the one who first introduced a stylish rendition to the anthem. The crowd gave Feliciano a roaring reception, before, during and after his performance.

I loved reading this, and I remember reading that Ernie was concerned about keeping his job.

This also reminds me that one of the things that makes baseball broadcasters great is how musical they actually are. The LA Times did a story in which a musicologist explained some of Vin Scully’s rhythms, and I think of how various people would gather around a piano on Mets road trips and Lindsey Nelson knew every song, and how Jon Miller loves musicals and Red Barber loved opera and other classical music. I think it shows.