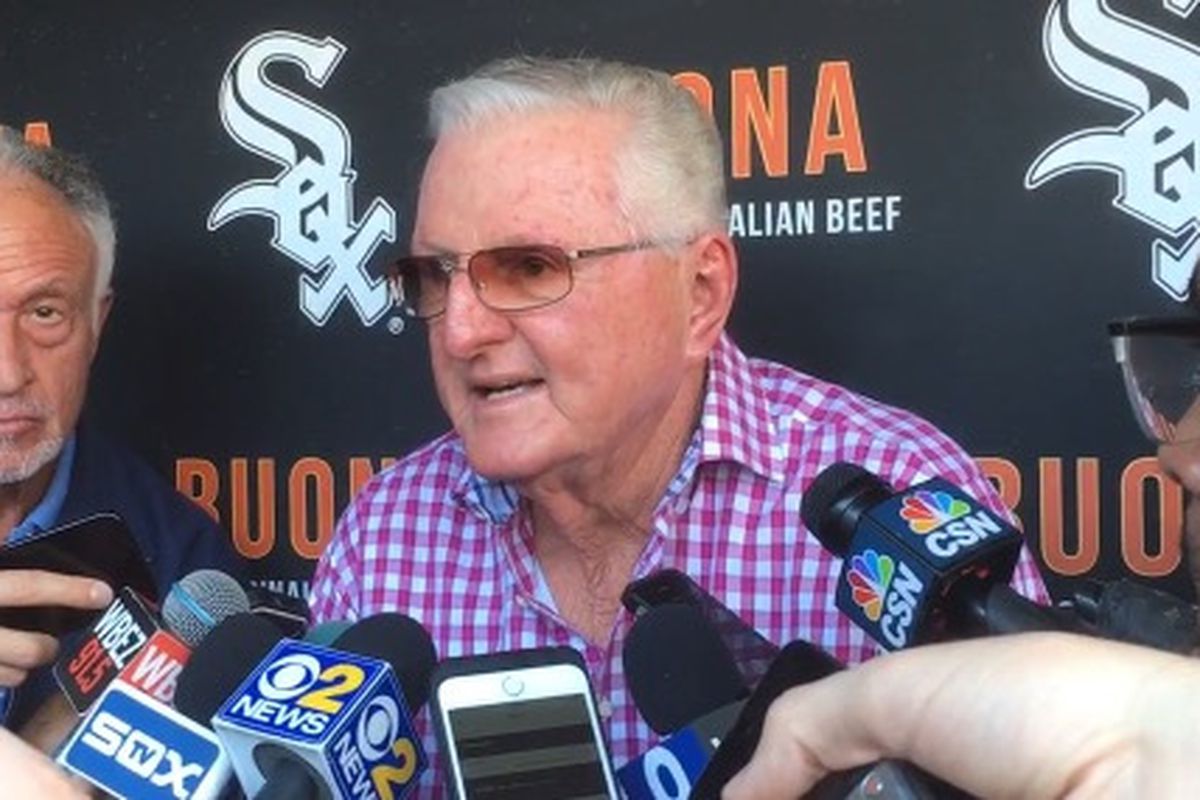 Spend an hour on the phone with Ken Harrelson and you’ll know why his nine years in a big-league uniform were memorable and you’ll appreciate why he had a 42 year star-studded career as a baseball telecaster. Ask him about the details of any event, whether it occurred a week ago, a decade ago or scores of years ago and he will regale you vibrantly, chapter and verse.

I knew Harrelson was a character when as a teen, I watched him on television. In the late 60s, Hawk, as he’s known, stepped up to the plate at the real old Yankee Stadium. He paused for a moment, looked up to the Yankee broadcast booth and pointed to announcer Phil Rizzuto. Immediately, the Scooter chuckled as only he could. “That Huckleberry. Holy Cow,” Phil cried.

Harrelson, 77, remembered the incident some fifty years later. “Yeah, I challenged Phil to a game of pool, right then and there.”

Born in South Carolina, Harrelson moved to Georgia as a lad and excelled in many sports. He’ll tell you that basketball and football were his best sports. He was recruited by Bulldogs’ football coach Wally Butts and had scholarship offers too to play basketball. But the money back then was in baseball which he still claims today was his weakest sport.

Weak? In the late 1950s, scouts’ cars lined up outside his Georgia home. His mom gave each team thirty minutes to make their best pitch. “There was no draft in those days,” Hawk remembers. Players cashed in on what the traffic produced.

The Dodgers were the first to make a proposal. “They had the money and offered $50,000. It was a barrel of cash then.” Meanwhile, a fellow southerner, Clyde Kluttz of North Carolina, worked for the Kansas City A’s. Kluttz had a keen eye for talent. He would also scout and pen Catfish Hunter and Dick Howser to A’s contracts. But his offer to Harrelson was only $30,000, Ken would have to leave $20,000 on the table, a tidy sum of dough in those days, if he went with Kansas City.

Hawk, a spellbinding storyteller, reminisced why he ultimately signed with the A’s “The Dodgers had many affiliates. Who knows how long it would have taken to make it to the big-league ball club! Kluttz looked at my mother and said, ‘If Ken signs with the A’s, he’ll be in the Majors at 21.’ We believed him. Hey, my mom was making $56 a week then. To her, it was big money either way. And, Clyde was right. At 21, I was in the majors.”

Harrelson was a member of the A’s their last season  in Kansas City, 1967. There were two future Hall of Famers on the roster, a couple 21 year-olds, Catfish Hunter and Reggie Jackson. So were Sal Bando, Blue Moon Odom and Joe Rudi.  It was the incipience of a constellation of stars, a team that would win three straight World Series in Oakland in the 70s.

Alvin Dark was managing the club. Owner Charles Finley was losing patience with him. In August, ’67, there was an incident on a commercial flight to Washington when one player in the rear of the aircraft had a drink or two too many and behaved raucously. Harrelson remembers it well. “Yeah, Lew Krausse, a pitcher had some family issues from what I remember and got loud.”

Word got back to Finley. He wasn’t too happy. A couple days later, Al Dark was fired. The fact that the club was some seventeen games under. 500 didn’t help.

Harrelson mouthed-off about the firing to the press and it got the owner’s attention. The manager had a profound influence on Hawk and other players. “Dark taught us baseball. We learned to read the scoreboard. If you could and you can play, you won’t have to ask the skipper any questions. You’d know when you can overthrow the cutoff man or understand when a count is in your favor.

“So when Dark was fired, a day or so later, I opened up on Charlie who was a liar and a bad guy.  Early the next morning, I got a call in the hotel. It was Finley.  ‘Son, what are you trying to do to me? Haven’t I treated you well? I’ve arranged a news conference and want you to retract everything you’ve said.’ I told him I wouldn’t. He said, ‘What do you want, your release? I’ll call you back in half an hour.’ He then slammed down the phone.

“He calls back twenty minutes later and says, ‘As of this moment, you are no longer a member of the green and gold.’

“I had no agent then,” Harrelson said.  It turned out that he was put on irrevocable waivers. “I was the first free agent in sports.  It was late summer and there was a great American League pennant race. I was hitting the ball well. I was in demand and had the ability to sign anywhere,” Hawk remembers.

“The White Sox needed hitting and owner John Allyn called. He said, ‘I won’t get into a bidding contest.’ When I heard that, I knew something pretty good was about to happen. I was making all of $12,000 a year in Kansas City. Allyn offered $100,000 but said I had to take it, then and there. No negotiations. Two days later, I was offered $150,000 by the Red Sox.

“I called Al Dark back in Kansas City.” He said, “You’re lucky. I’ll tell you that wherever you go you’ll win the pennant. I signed with the Red Sox and we went to the World Series.”

The incident on the airplane involving Krausse might have unfairly besmirched the reputation of longtime A’s announcer, Monte Moore. It was said almost immediately that he unloaded the vocal goods on whatever occurred on the plane that day, sharing them with Finley. Monte unfortunately ended up with the moniker, Spy in the Sky.

For years, Monte insisted that it was not he who told Finley about what had happened. Moore in fact says that decades later in Oakland, Finley’s son came up to him and admitted that it was he who was also on the flight and told his dad about it. Moore was a solid announcer who did three World Series on NBC, working with Curt Gowdy on the Classics in which the A’s partook, (1972-74).

I asked Hawk about it. “Yeah, everyone on the team thought it was Monte who was the inside information guy. But until somebody gives me proof, I don’t believe it.  I like Monte and believe him.”

Harrelson retired from the booth at the end of last season. He spent 33 years with the White Sox, 7 with Boston and 2 with the Yankees.

In part two, we’ll cover his broadcast career, his interaction with George Steinbrenner and more.