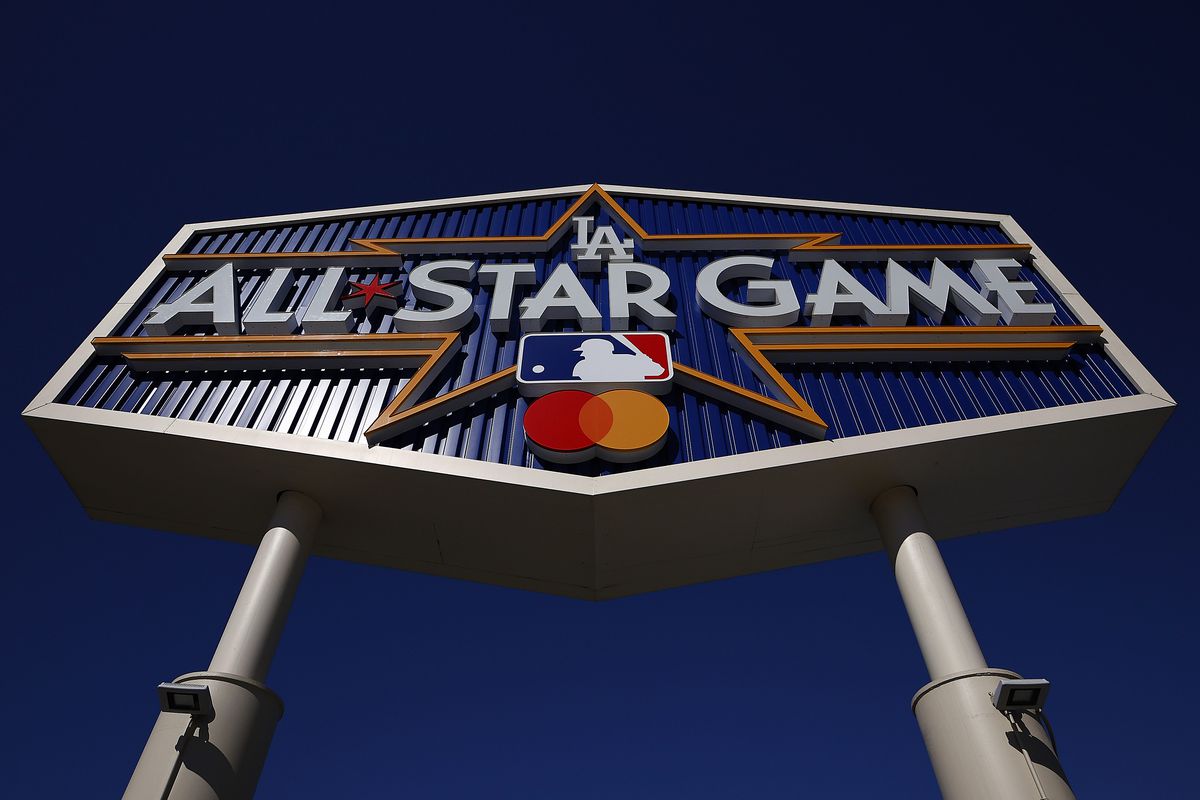 At one time the Mid Summer Classic was far and away the best All-Star game of any major sport. Why? There was real competition. You had the best hitters facing the best pitchers. In other sports it’s somewhat of a joke because either there’s no defense (NBA final scores are always 148-142) or it’s after the regular season (NFL) so it’s a complete afterthought.

In baseball you also had the novelty that other than the World Series, there was no interleague play. If you wanted to see Whitey Ford face Willie Mays you had to watch the All-Star game. As a fan, there was a real sense of pride watching players from your team.

Today there’s none of that.

One of the great things about attending an All-Star game was for the first and only time you would get to see the other teams in your league wearing their home uniforms. That was very cool.

For reasons that only involve making money, MLB has done away with teams wearing their own uniforms.  Now it’s glitzy white uniforms with unreadable gold letters and piping for the home team, and black for the visitors. Sorry Seattle fans — next year you don’t get to see pinstripes.

You also don’t know when there are changes, but that gets into the broadcast, which I’ll discuss in a moment.

When the All-Star game in Milwaukee had to be declared a tie by Commissioner Bud Selig (because there were no pitchers left), there was a big uproar. So MLB took steps to fortify that the game “meant something.” World Series home field advantage hung in the balance (as if this was a big incentive to Mariner, Pirate, and Padres players). Or the audience. That proved to be hollow and was disbanded.

So now MLB (probably at the insistence of Fox) has gone the other way. Players are now allowed to talk to the announcers during the game. What that means is the game is now just a picnic softball game. If the players clearly don’t care what happens, why should viewers? Now Fox will argue that this allows fans to actually go “into” the game, but it doesn’t.  When there’s something at stake, when these players are really concentrating, there’s a level of intensity.  That is obliterated. So any modicum of suspense has been sacrificed for a gimmick.

And the Fox broadcast was all gimmicks. Cameras in helmets, cameras on the ground. The novelty of that wears off in ten seconds.

For a young player, making the All-Star squad is a BIG deal (maybe the highlight of his career or life), especially if you’re from a city that rarely gets national attention. In the past, each player was highlighted.  This year, a few players were highlighted if they happened to come up to bat at convenient times. But if the announcers were talking to players in the dugout while the action was going on and it was their one at-bat — too bad.  Their name might get mentioned after they made out. Instead, we’re hearing cliches and nonsense from players we don’t really give a shit about.

And that was nothing compared to a segment where David Ortiz went into the AL dugout (DURING an inning) supposedly “interviewing” players. Instead, it was “Hey man, what’s up?”  “How are you, bro?”  “My man, you having fun?”  Utter drivel, and again, this was during the action. It was the nadir of any All-Star segment.

Oh wait, maybe it wasn’t. Maybe cutting away from the action to let some guy plug his podcast for five minutes was. Unconscionable! 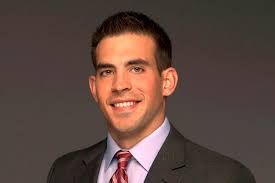 Since Joe Buck has departed for ESPN, Fox has anointed Joe Davis as their number one baseball play-by-play guy. Davis is the TV voice of the Dodgers. He’s very affable but generic. He has a comfortable relaxed style, which suits the pace of baseball but works against the big moments. And All-Star games and World Series games live on big moments. (Davis, left)

I will say this: My heart went out to him at one point. He muffed a play — calling it a catch when it really dropped in for a hit.  As a former MLB announcer, I can tell you — we all make mistakes (God knows I have). That it happened to Joe on a national telecast was unfortunate. I’m sure the Twitter haters are ripping him for it. They have no idea what it takes to do that job. To his credit, Joe moved on and did not let it affect the rest of the broadcast.

The telecast itself was very shoddy. Most of these players are unknown to the general public. Joe and John Smoltz kept referring to them by their last names. This isn’t a regular season game. You’re introducing these unknowns to a national audience. Identify them by first and last name and identify them again and again and again.

Hardly any attention was paid to the defensive alignments, and when it was, there was a tiny graphic and Joe rushed through the last names. “Stanton, Rodriguez, Torres.”  This is not Joe’s fault, it’s the director/producer. They should have singled out each player, announced his name and what team he plays for (especially since they’re not wearing their uniforms). All-Star games features a dizzying number of changes. Each new player deserves to be on camera and introduced. Half the time Joe would say “pop up to (whoever) who is now in the game.”

All of these gimmicks and disregard for the players shows an incredible lack of respect for the game. This is the Major League Baseball All-Star game. It is not “Battle of the Network Stars.” The attraction is seeing the very best players in the game compete at the highest level. But Fox or MLB for that matter, has no faith in the product.  For numerous stretches the game itself was merely an imposition. Why watch the game when you can see Big Papi prattle on about nothing in a dugout with players you don’t know and who all look the same anyway due to the uniforms?

Now you might say, well I’m just ‘old school’ and this is the new game. Okay, well consider this — the Dodgers lead the Majors in attendance practically every year. Most attendance records were set by the Dodgers.  It was a lovely clear day with temperatures in the high 70’s. The All-Star game hasn’t been at Dodger Stadium in 42 years. Did you notice how many empty seats there were?  The “new school” ain’t working. Bring back the real ALL-STAR GAME. Or “get off my infield grass.”