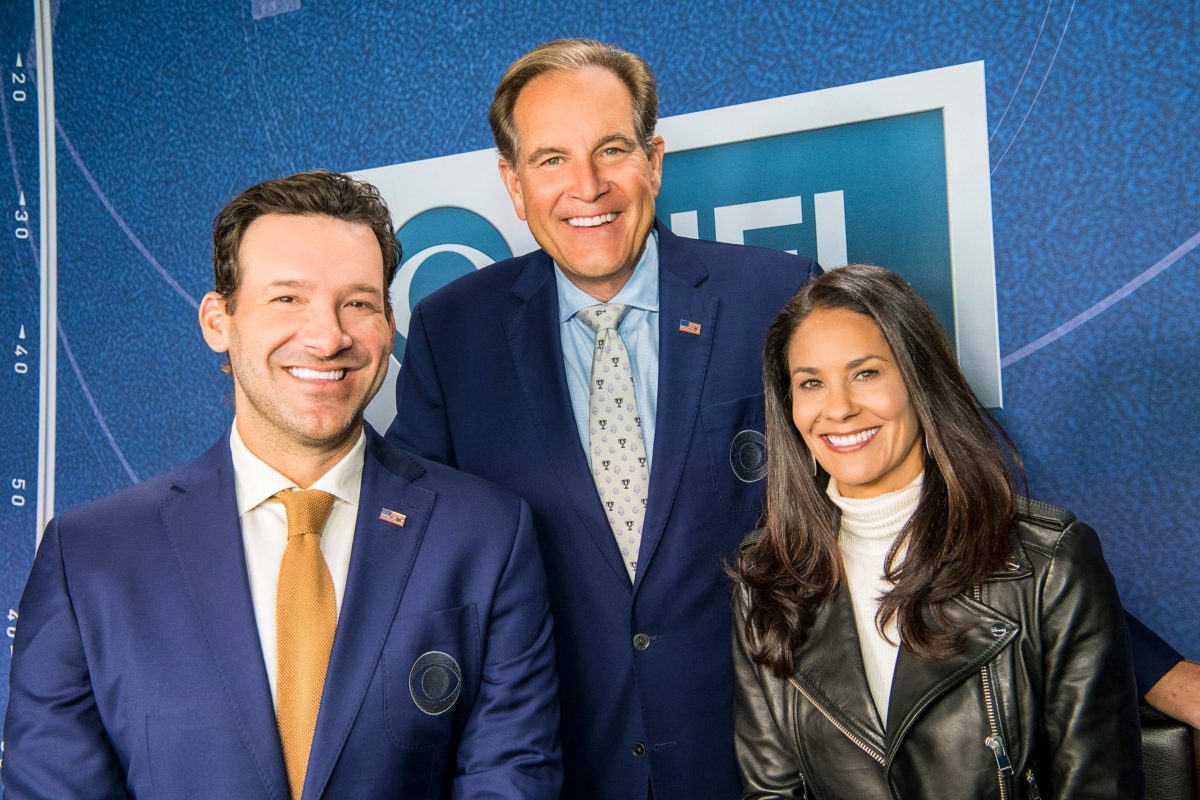 In one of the more boring Super Bowls of the LV, Tampa Bay won 31-9, except on
Fox News where Kansas City won in a landslide.

CBS tried to sell the game as an example of unity. Jim Nantz said, “We all unify to
watch the game as one.” Later, Bruce Springsteen voiced an ad for Jeep extolling
the virtues of unity. Unfortunately, many of the people the Boss was trying to reach hate him because they think he’s Jewish.

For the first time in LV years people paid attention to the announcers. Well…maybe for the first half. Even the 30,000 cardboard cutouts in the stands looked bored the last two hours.

Jim Nantz deserves more credit than he receives. He’s incredibly observant and spots things on the field even his analysts don’t. Just wish he showed some personality. That’s why Tony Romo gets the big bucks and Ian Eagle was standing by the stratocaster in makeup.

I love Tony’s enthusiasm, but 80% of his analysis goes right over my head. He needs to remember he’s talking to mostly casual fans who only know Patrick Mahomes from Allstate commercials.

Also, I don’t know why networks feel they have to pay any analysts huge salaries. The same number of people are going to watch the game if Tony Romo or Pee Wee Herman provides analysis.

When a fan ran out onto the field I was only sorry I wasn’t listening to Kevin Harlan describe it on the radio. Now there’s a guy who should be getting the mega bucks.

I skipped the Super Bowl pre-game coverage. Nineteen hours of Phil Sims and EQUALIZER promos. If you’re going to devote that much airtime to preview one game (and be wrong as it turned out — so much for “the quarterback duel of the ages”), at least mix in a telethon for Jerry’s Kids. Phil can gush over Patrick Mahomes and then Jack Jones can sing “Wives & Lovers.”

Tom Brady wasn’t the only one to come through again. Amanda Gorman’s ode to America’s essential workers was moving and spot on.

H.E.R. did a beautiful job of “America the Beautiful.” Eric Church and Bleeding Gums Murphy sang “the National Anthem.”

The G.O.A.T. version of the “the National Anthem” was done by Whitney Houston in Super Bowl XXLVIXIIXLVIXX.

Here’s a fun nugget: “Expatriate (or “Ex-Patriot)” Tom Brady is older than Ed Asner was the first three years of THE MARY TYLER MOORE SHOW. Talk about spunk.

Considering both teams wore red on a green field I felt sorry for anyone who was colorblind.

Another fun Nantz nugget: Telling us that when Tom Brady got off the bus, he walked out onto the field and gazed.” And…? And…? Ian Eagle would have had a punchline.

There were two commercials for the same audience: One inviting passengers to fly to outer space and the other to join Scientology.

As usual, the Halftime Show was way over-produced and cheesier than any Orange Bowl Halftime. And the sound was atrocious. The Weeknd sounded like he was at the bottom of a well. You couldn’t understand a word he sang. The golden hall of mirrors simulated the side effects of the second Moderna shot, and then there was the big finale with the “Claude Rains Memorial Invisible Man” dance troupe doing a dinner theatre recreation of “Thriller.”

And keeping with that theme, the Weeknd’s backdrop looked like lit tombstones in a graveyard.

If it was a salute to the dead, why not just replay the Prince Halftime Show? That was spectacular.

At one point they showed the big full moon over the stadium along with fireworks and I thought it was the opening to THE HONEYMOONERS.

If they’re just going to have a solo singer, save the money and let Jack Jones sing “Wives & Lovers.”

The commercials were more of the same. This year’s theme was cramming as many random celebrities into each spot as they could. Like mini-Superhero rendezvous. You had the CBS Avengers climb the Paramount mountain, the Scott’s Miracle Glo X-Men with John Travolta and Martha Stewart, and the Bud Light Justice League of America.

One good thing about Kansas City trailing (except on Fox News) was that we stopped hearing the “tomahawk” chant. I wonder if they’re going to have to change their name like the Redskins and Indians did. There has to be something more identified with KC. I know there’s that Wilbert Harrison big hit song from
1959. Maybe “the Kansas City Crazy Little Women?” Just a thought.

There was the M&M commercial suggesting you could apologize for anything and all would be forgiven with a package of M&M’s. That would only fly if they showed Donald Trump giving one to everyone in America saying, “I’m sorry for trying to overthrow the country.”

Not much to say about the game itself. Lou Grant could’ve marched the Bucs down the field. Or, according to all the CBS promos — Queen Latifah.

************
Now that football is over, it’s time to turn to baseball. My full-length comedy play,
GOING GOING GONE about four sports journalists set in a pressbox starring
George Wendt, several Broadway stars, and ESPN’s Jason Benetti is available on
YouTube. Come for the baseball, stay for the laughs. Thanks much.