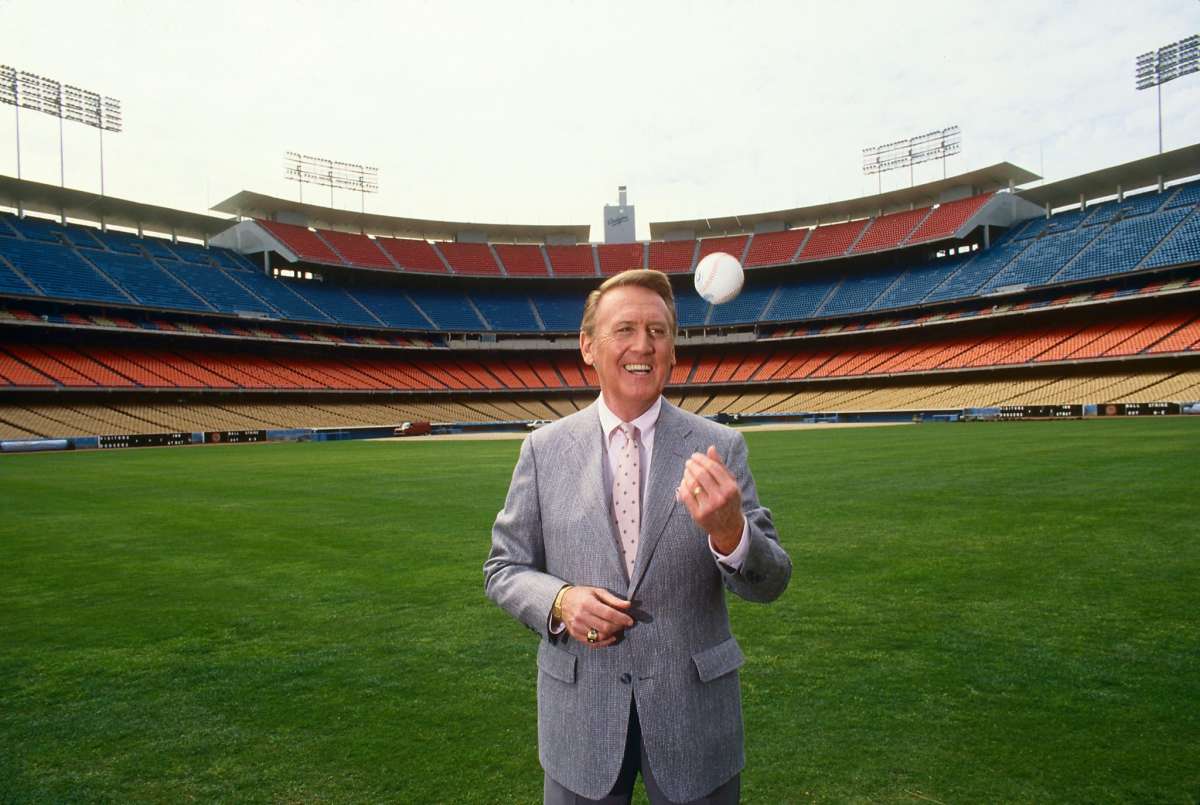 Quite simply, no one besides my father has had as much impact on my life as Vin Scully.  My love of baseball, announcing, storytelling, even writing, stems the inspiration I received growing up listening to Vin Scully.  Imagine the thrill when I hosted Dodger Talk for eight years and got to work with Vin Scully every day. Whenever he’d see me and say “Hi Kenny” it was like “Ohmygod, the prettiest girl in school knows my name.”

I first heard him when the Dodgers arrived in Los Angeles in 1958.  I was a little kid. It absolutely changed my life.

This will not be a long tribute because there are tears in my eyes as I write it. And there are hundreds, maybe thousands of other tributes to Vin Scully.  I don’t think anyone in the history of Los Angeles was as beloved as this man.  I also believe no one will ever call a baseball game as well as Vin Scully. There’s only one Shakespeare, one Mozart. 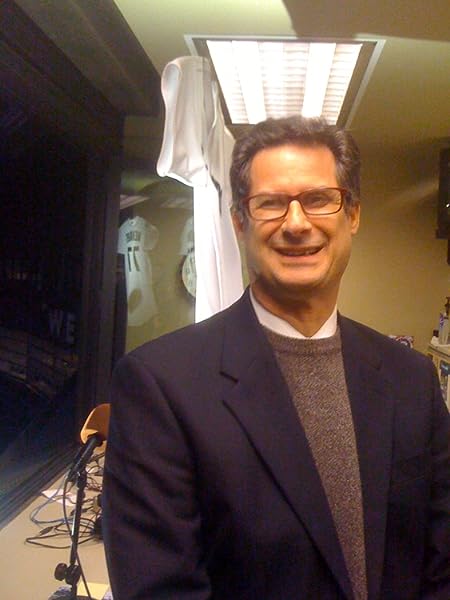 His highlight reel is extraordinary — from Don Larsen’s perfect game, to Kirk Gibson’s home run, the Bill Buckner Mets’ World Series win, Hank Aaron’s record-breaking home run, and of course Sandy Koufax’s perfect game.  But in my view the greatest game he ever called was not recorded.  It was a Dodger-Giant game in old Candlestick Park, a Friday night, probably in the early 1960’s.

Around the third inning fog rolled in — fog so thick, it halted play. For 45 minutes Vin Scully just told Dodger-Giant stories.  It was riveting.  And all that was on the screen – was gray fog. Totally off the top of his head, he told spellbinding tales. No one else could ever do that.  And this was just one game in the middle of the season, one of his 67 seasons.

I am so grateful that on any number of occasions I took the opportunity to thank him for all he meant to me.  And Vin being Vin, he was very humble and always downplayed it.  But at least I got to say it. And then the ultimate thrill: I got to fill-in and do play-by-play on several Dodger broadcasts. One was with Vin. In his 59 years calling Los Angeles Dodger baseball only five other announcers have called play-by-play on Dodger broadcasts with Vin — Jerry Doggett, Ross Porter, Don Drysdale, Charley Steiner, and me.  So you can imagine — from that kid listening to Vin Scully in 1958 to doing a game with him, how completely blown away I was.

Vin Scully was a gift. He of course was a national presence, but for those of us who grew up with him in Los Angeles, he became a part of our lives, a member of our family. I can’t conceive of a world where I can no longer just “pull up a chair.”

Thank you, Vin.  For EVERYTHING.

Ken Levine has paid many great tributes to friends, idols, and colleagues (including Dave Niehaus and Jerry Coleman, other Frick winners). It’s great to see him here. And it’s great to think of how many lives Vin has touched. Someone commented to me that he actually belongs in the Hall of Fame, not just the broadcasters’ wing.