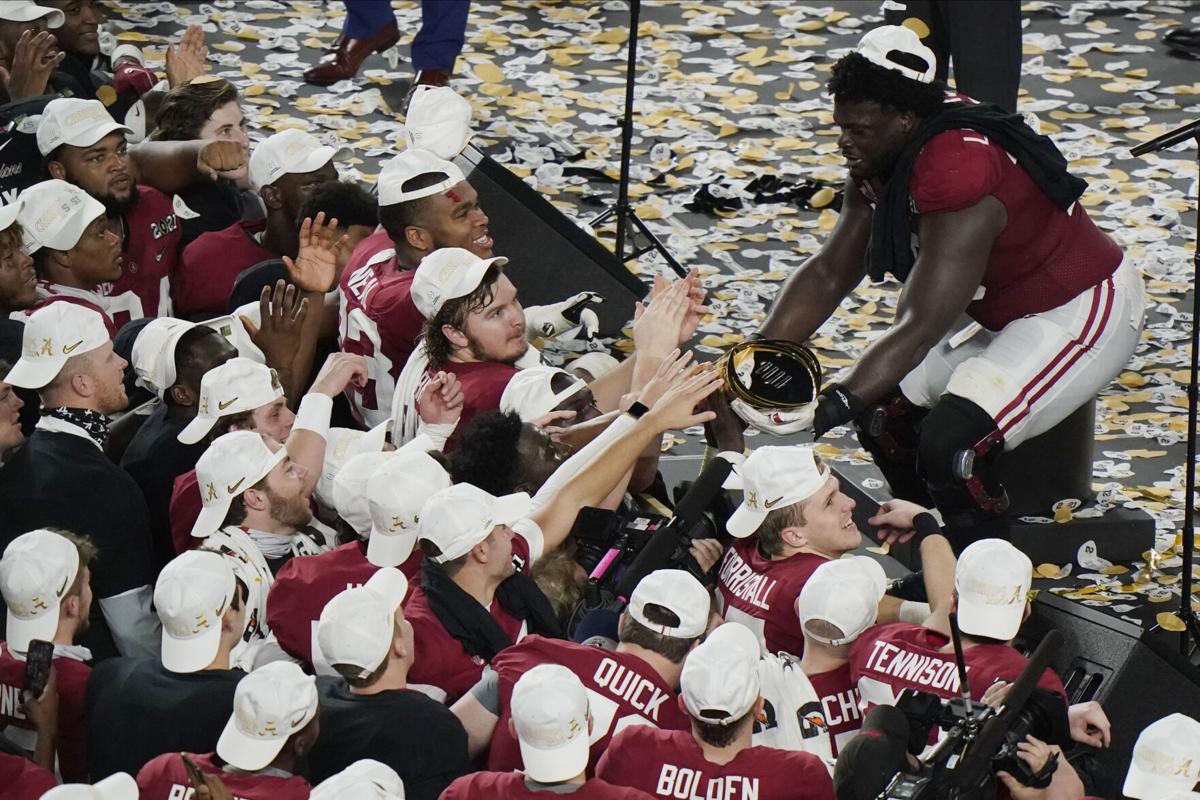 ESPN’s#A team of Kirk Herbstreit and Chris Fowler had the call of college football’s national championship between two undefeated teams, Alabama and Ohio State. The Crimson Tide blew out the Buckeyes 52-24 to win their 3rd CFP title.

We’ll give Fowler and Herbie a B grade for their work on the title game.

Meanwhile those who wanted choices, ESPN’s Megacast had no shortage of them. From hometown radio broadcasts to coaches and refs chiming in, it was quite a smorgasbord!

Per Sports Media Watch, the rating was awful: “Monday’s Alabama-Ohio State College Football Playoff National Championship averaged a Nielsen-estimated a 10.3 rating and 18.65 million viewers across the ESPN family of networks, easily the lowest rated and least-watched national title game in the history of the CFP or its predecessor, the Bowl Championship Series.”