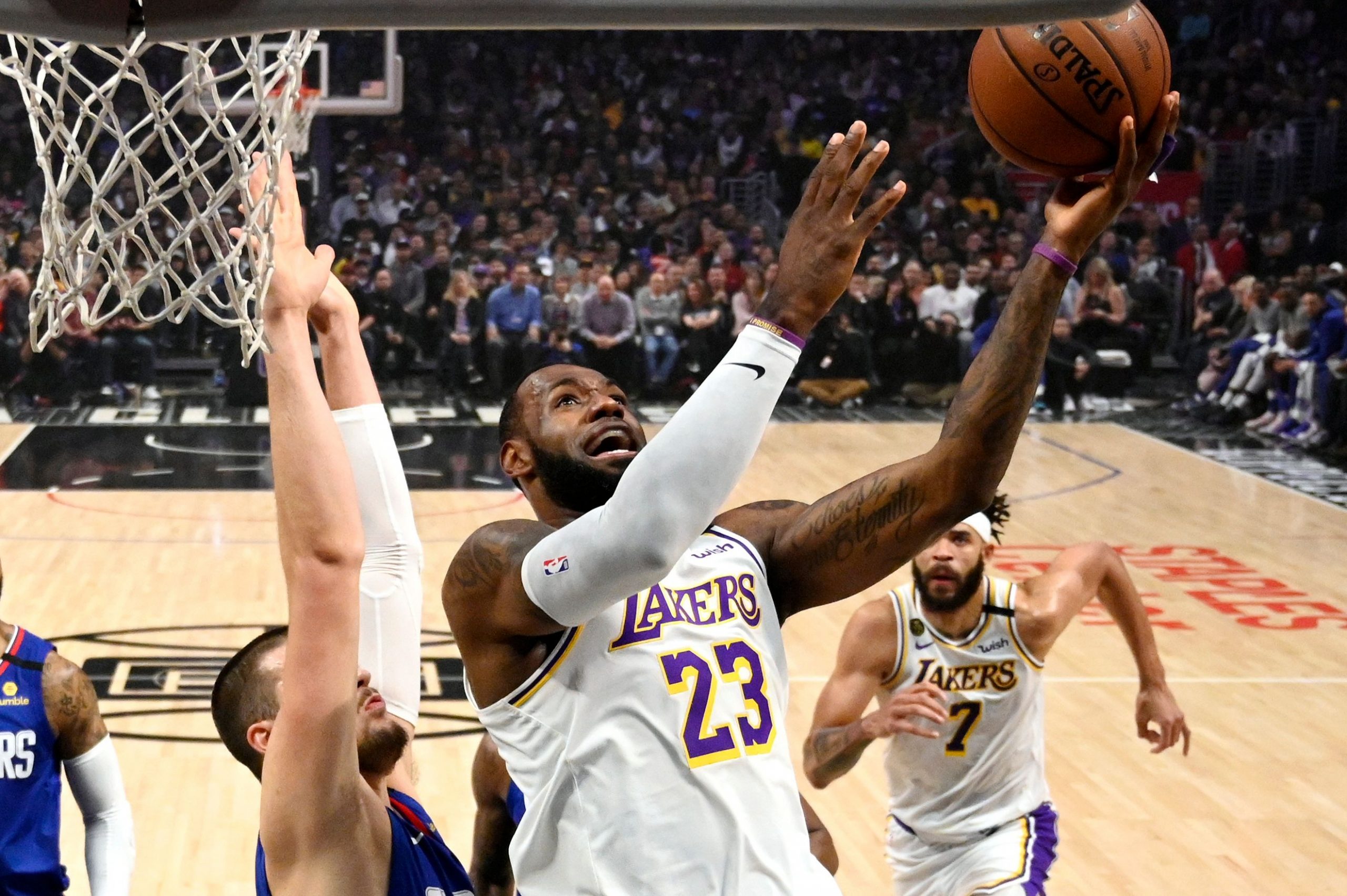 In the wake of a national public health crisis, a Southern California rivalry has been put on pause. Frankly, the word rivalry is being used liberally because the Lakers vs. the Clippers didn’t amount to much for 35 years. Yet this year it started capturing the hearts of the city.

It was all good until this necessary self-imposed stoppage.

Los Angeles, a town where the Lakers reigned supreme for 60 years, became  the home of the NBA’s newest star-powered franchise when the Clippers acquired the 2019 Finals MVP Kawhi Leonard and All-Star Paul George.

The sheer thought of a threat to the Lakers popularity and longtime market dominance is almost as unthinkable as the current battle we face against COVID-19.

So the constant subject of conversation in town until this past month was who’s better, the Clippers or Lakers. The feeling was that it’s a foregone conclusion that the two Southern California teams will meet in the Western Conference finals. Should a playoff format mirror those of past seasons, the title series could likely lead to Los Angeles. But who knows now?

For fans who grew up with their longtime broadcasters, the fact that both Chick Hearn and Ralph Lawler are not part of this year’s broadcast mix dulls some of the coverage. Hearn began calling Lakers games during the playoffs at the end of the team’s first season in Southern California in 1961. He was behind the microphone through 2002. Before requiring emergency cardiac surgery in 2001, Hearn had an NBA record 3,338 straight Lakers broadcasts without a miss.

For all but two seasons since the Clippers moved west to San Diego in 1978 and subsequently to LA in 1984, Lawler was the ubiquitous voice the team’s followers heard. Both Hearn and Lawler are recipients of the Naismith Hall of Fame’s Curt Gowdy Media Award.

Truth be told, the Clippers couldn’t give it away for many seasons. So Lawler, was hardly a household name until the Clippers became somewhat competitive, years after Chick passed in 2002. It took some time before fans appreciated Ralph’s command of the microphone and the invariable enthusiasm he brought to the broadcast, win or lose. He’d emote bingo for a big Clippers’ bucket and introduced the Lawler Rule which became popular around the NBA. The first team to hit the 100 point plateau, the Lawler Rule maintained, would win the game. Most of his years though the Lawler Rule applied to the Clippers’ opponent. You might remember that Ralph Lawler retired at the end of last season. He and his wife now live up in Oregon.

Meanwhile, Hearn’s on-air Vaudeville Act will never be replicated. For over 40 years between dribbles, Chickisms filled the airwaves with high octane quips, lexicons and cliches. They stuck.

Historically, the Clippers have arguably been the most unpopular pro-team in the city while the Lakers dominated Los Angeles basketball with 16 NBA championships and 26 (soon to be 27 with the late Kobe Bryant coming next) Hall of Famers to show for their titles. Along with the established love for the Dodgers and the return of the NFL’s Rams and Chargers, it seemed the Clippers were deemed irrelevant as the city’s sports scene instantly became crowded.

That is until the start of this past season.

The Clippers have never even made it past the second round of the playoffs. But with new faces for the franchise and a passionate owner in Steve Ballmer, fans were energized. Ballmer recently purchased The Forum and has his sights on moving the team to Inglewood which is near LAX.

It was almost too good to be true. A dysfunctional franchise that has historically struggled, landed two of the biggest superstars in the sport and was set to take on the untouchable brand of the Lakers.

But the recent suspension of the 2019-20 NBA season has put a damper on the excitement that was awaiting SoCal the rest of the season.

LeBron James was looking as lethal as ever in his 17th season, leading the league in assists and putting together a convincing story to be selected MVP. Meanwhile, Kawhi’s load management was keeping him focused on performing in the playoffs and chasing an NBA title.

An unfortunate part about the current health crisis is there’s a  possibility that we may never see what Southern California and NBA fans around the world were anticipating. Now there’s doubt. Both teams biggest competitor is unavoidable. It’s the invisible enemy, Covid-19.

While Los Angeles is now undoubtedly the NBA capital, the future of the season is still in limbo as America sits in quarantine.

Although Los Angeles has never been, and will most likely never be a Clippers town, the pairing of Kawhi Leonard and Paul George against the Lakers led by a determined and ring-hungry LeBron James resembles the perfect Hollywood drama film. The combination of these two teams in LA with their respective superstars under the same roof is the perfect storm to keep basketball fans and the whole NBA hoping for a resumption of the season.

Only time will tell.