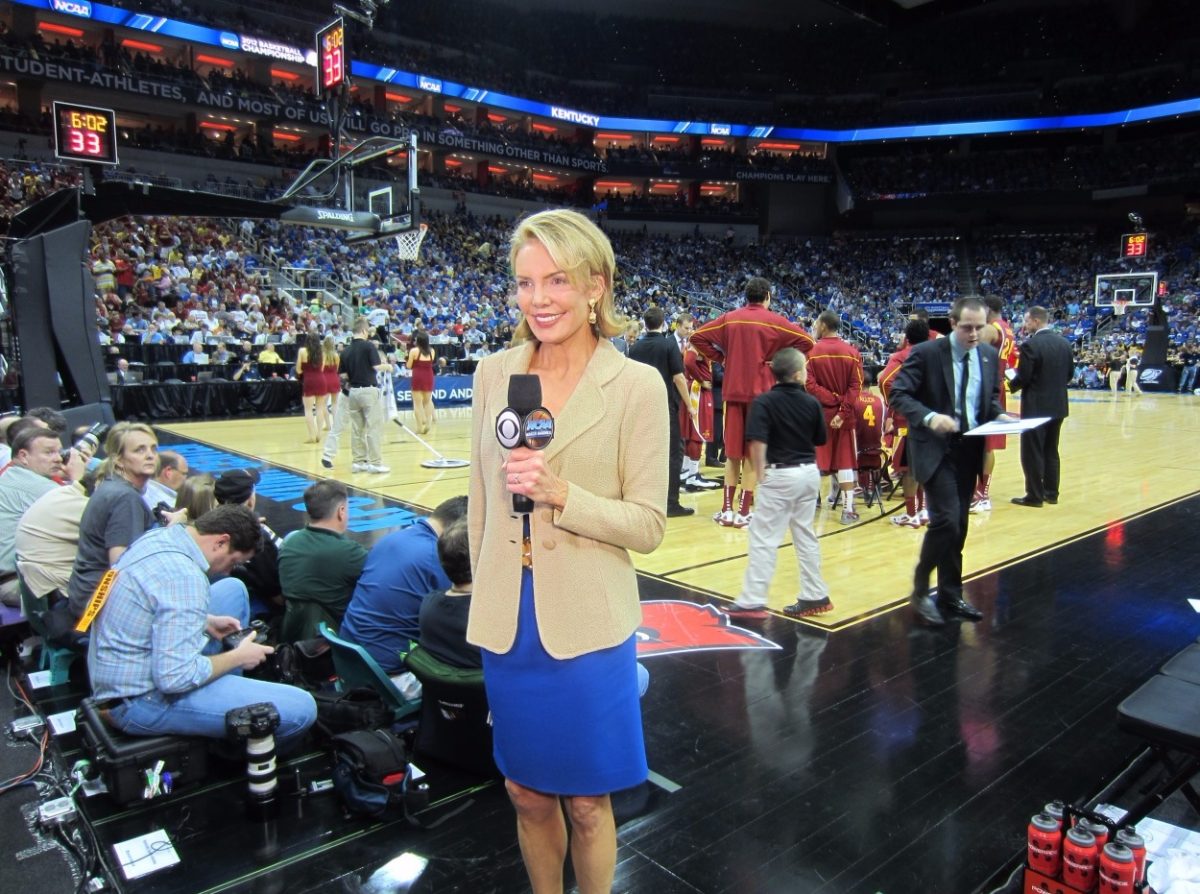 Lesley Visser started as a star studded newspaper reporter for the Boston Globe and transitioned to network television where she continues to excel.

Editor’s Note: Lesley Visser offered her thoughts last week for the Q & A feature we ran with prominent and veteran sportswriters. We asked them to juxtapose requirements in pre-digital days, a world of essentially print, with today when writers serve a vast platform of 24/7 digital tentacles.

Lesley included her memories which are unique, given the fact that she started as a writer for the star-studded sports page of the Boston Globe and later transitioned to network television. Visser reminisced about times that apply to so many sportswriters from back in the day. As such, we’re running her entertaining and insightful story today. In 2006, Lesley Visser was the first woman to be honored with the Pete Rozelle Radio and Television Award, bestowed by the Pro Football Hall of Fame.

A notable difference between then and now can be summed up in one word, “Runyon’s.”  There were no plasma TVs, no Red-Zone feeds to keep people together or apart, no cell phones to divert attention and no Google to settle a debate. It was nothing but writers from every part of the country getting together in one place, 305 E. 50th St. in New York. Down the steps and into the dark cocoon of smart talk, funny talk, writer talk. 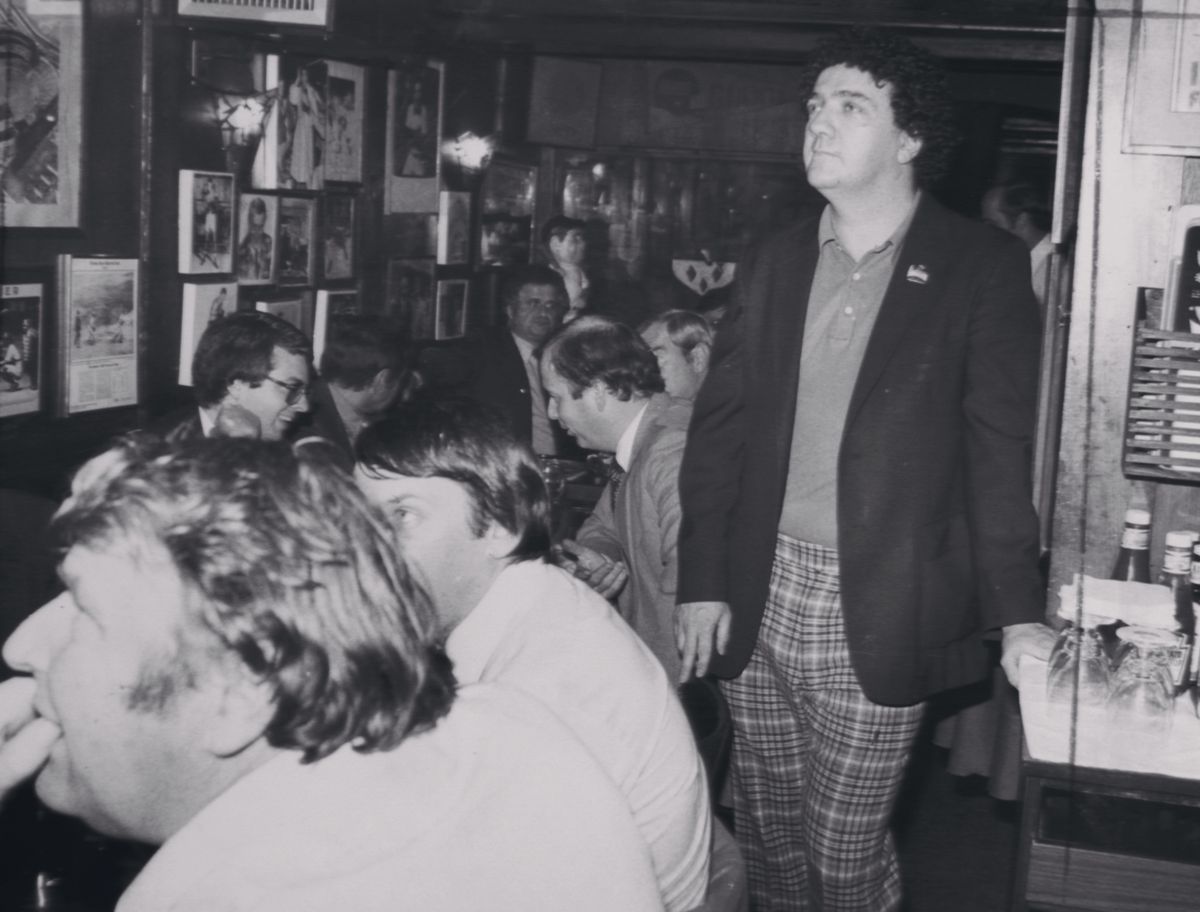 Named after the great one who told us, “the race is not always to the swift…but that is how to bet,” Runyon’s had its own Nathan Detroit, the late great Joe Healey. Healey (standing, left; John Madden in foreground) wanted a liquid crossroads, where sportswriters could trade, not silks or spices, but trivia and laughs. Writers came with their knowledge, their opinions and multiple quarters for a juke box that had everything from Sinatra to Willie Nelson to the Eagles.

Magazine regulars included Sports Illustrated’s Curry Kirkpatrick and Paul Zimmerman, along with Newsweek’s Pete Axthelm, who often quoted Jimmy Cannon, “fishing’s always been just an excuse to drink.” Bill Nack would come with Time Magazine’s crabby Tom Callahan and kindly Dave Kindred. Bob Costas did his radio show from the back room, often at a table next to John Madden and Mike Pearl.  Rusty Staub would be dissecting left-handed hitters with Charlie Pierce. Terry Cashman, who wrote “Talkin’ Baseball,” would be arguing with basketball coach Tom Penders, a centerfielder who starred for UConn in the College World Series. Bill Raftery went man-to-man at every table.

It was that much of a jambalaya – an entire industry in one place, with all that experience, mirth and merriment! Writers today are equally quick, equally clever – I just don’t see much of a collective hang. The same elements are still required – knowledge, passion, stamina. Back then, we couldn’t look up something on deadline, we had to know it or couldn’t write it. It probably made for some boring first-edition stories.

Writers today have to be more versatile, they have to know how to write, speak and perform on many platforms.  They have to pivot quicker. The legendary Jim Murray of the Los Angeles Times, who wrote definitive columns on racial issues, would take two days before handing in his column. He wanted time to think, to give it both balance and depth. Today’s landscape, with the unreasonable deadlines and limited access, calls for immediate reaction.

I love the writing and reporting from the Athletic, from columnists, websites that inform us 24-hours a day. But more than ever, I wish we had a place, a Runyon’s, to physically lean in for some conversation and debate.

The first salons were invented in Italy in the 16th century. I think they were on to something.