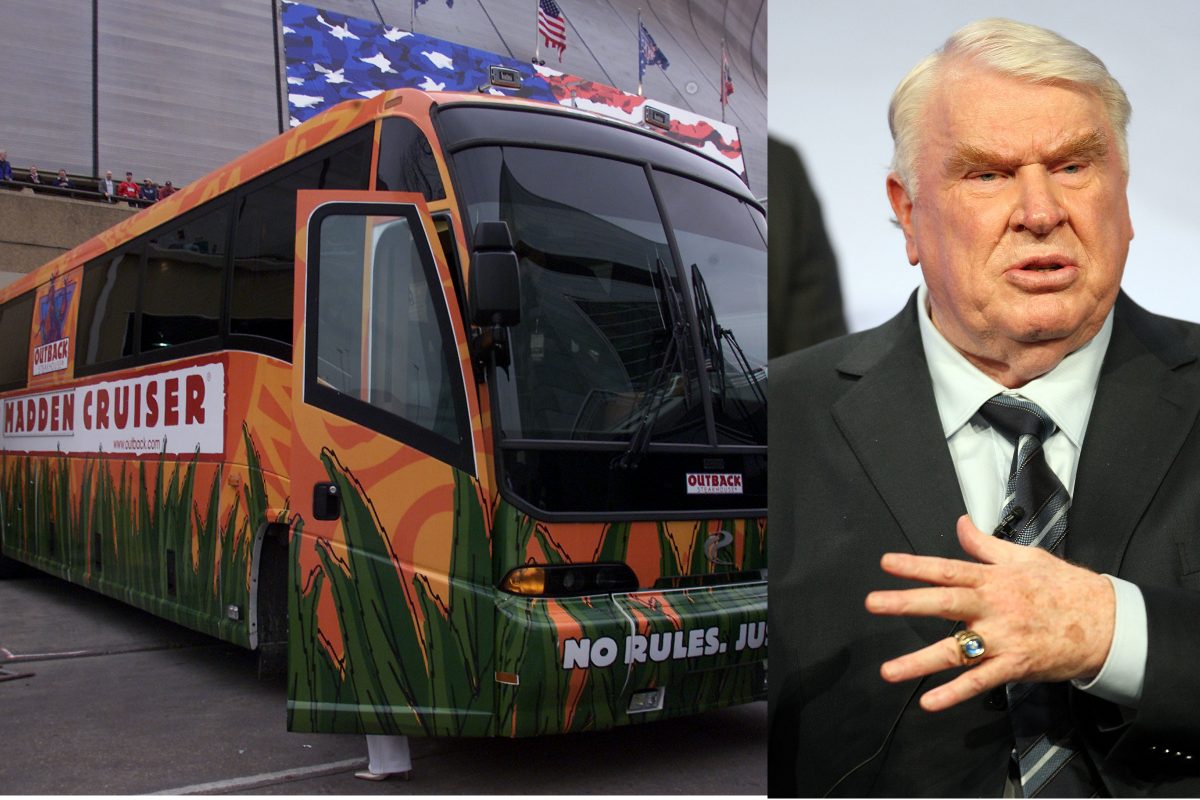 Many people reading this have had an experience on the Madden Cruiser. Dave Anderson and Peter King traveled with John and wrote great books and articles about it. The bus was like a member of the family, the fun one you talked about when he wasn’t there.  When John would do a game at Soldier Field in Chicago, drivers Willie Yarborough and Dave Hahn, later Joe Mitchell, would park the bus down by the Navy Pier. The converted Greyhound would draw crowds the size of a small concert. The original Madden Cruiser, fittingly, now resides at the Pro Football Hall of Fame. 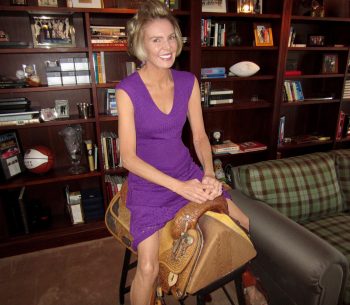 One time around Christmas, John gave 15 of my girlfriends and me the bus for a pub crawl in New York.  As we boarded outside his apartment on Central Park West, John declared, “If all you single girls can’t get lucky going to bars on the Madden Cruiser, you are Losers!”  True enough – those of us who were married came home on the bus alone.

The Madden Cruiser was set up for his comfort –  plasma TVs, bowls of M&Ms, computers, a shower, and a bedroom in the back. My memory was that the temperature was always set at about 15 degrees, but no one was allowed to complain, even when my teeth were chattering.  John once said that he didn’t think anyone should run for President if he or she hadn’t traveled the country on the ground.  “How the hell can you know America,” he said, “if you’ve only seen the big cities?  And you can’t drive, you have to ride – so you can see it.”

John had two basic routes across the country, from I-10 in the South to 1-80 in the North.  Restaurant stops were often the same, but if he’d heard about a different Mom and Pop place (preferably a joint or a greasy spoon,) the bus would take a detour. It also stopped for things like watching deer in the woods, or a high school game in Nebraska. Just about anything and everything captured John’s eye and his imagination.

My favorite trip was out of Dallas, even though I had to get off in El Paso to fly to another assignment.  It was only a 12-hour ride, with stops for dinner and to see the burnt-out remains of what once had been a carnival somewhere near Odessa, but I’d always wanted to do this leg of the Madden Cruiser voyage.

After a Cowboys game, we headed West on I-30, and the first stop was to get fuel in Ft. Worth.  The Madden Cruiser didn’t often stop for gas, it had a big belly and wasn’t hungry very often. While we were in Ft. Worth, John wanted to see M.L. Leddy’s famous saddle store near the stockyards. He loved the smell of the leather and wanted to hear all about how Martin Luther Leddy, the oldest of eight brothers, left his father’s cotton farm in 1918 and went to work at a local saddlery. But it wasn’t enough for John just to soak it all in, he convinced me to buy a hand-tooled saddle!

I’m not kidding! It was absurd. I don’t ride horses, I’d never been in a Western saddle – before or since – and I’m half-terrified of the creatures every time I cover the Kentucky Derby. But John’s enthusiasm was infectious, and the next thing I knew, I was the proud owner of an insanely expensive, hand-crafted saddle meant for a cutting-horse champion or George Bush.

We boarded the bus again and headed West, and as we rode through Abilene, we talked about famous people who’d come from “The Big Country.”  John named Sammy Baugh and his legendary producer, Lance Barrow, who’d played football at Abilene Christian, and I counted Bill Sharman, who’d played for my childhood Celtics in the backcourt with Bob Cousy.  These conversations would often devolve into who was more famous; like in Abilene, John went with Tex Cobb while I offered Stedman Graham (Oprah’s boyfriend, who, of course, John had never heard of.)  It went on like this, with mostly football talk, until the bus stopped at the burnt-out amusement park and we all got off.

It was strange to see the decayed grounds and rusted attractions that had once been the vacation dream of young children, whose families had now moved on to Six Flags.  It was the kind of education you got on the Madden Cruiser, completely unexpected.  I-20 hooked up to I-10 in a desolate stretch of West Texas near Kent, and we traveled quietly until we hit Van Horn, the site of John’s favorite restaurant.

Many people have heard about Chuy’s in Van Horn. More than 120 miles from El Paso, in a dusty town of 1800 people, the cantina founded in 1959 is now a must-see destination because it’s the official Madden Haul of Fame. There’s a John Madden room with a John Madden table and a huge John Madden chair. It was just what I had imagined – dark green plastic tablecloths, family recipe enchiladas and people who really do say “Howdy.”  On second thought, maybe I will take up horseback riding, Western style.

(Lesley in white just to the left of Big John) 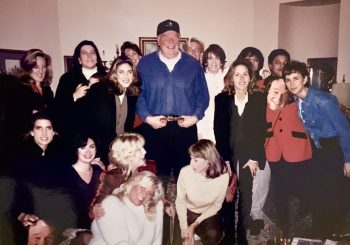