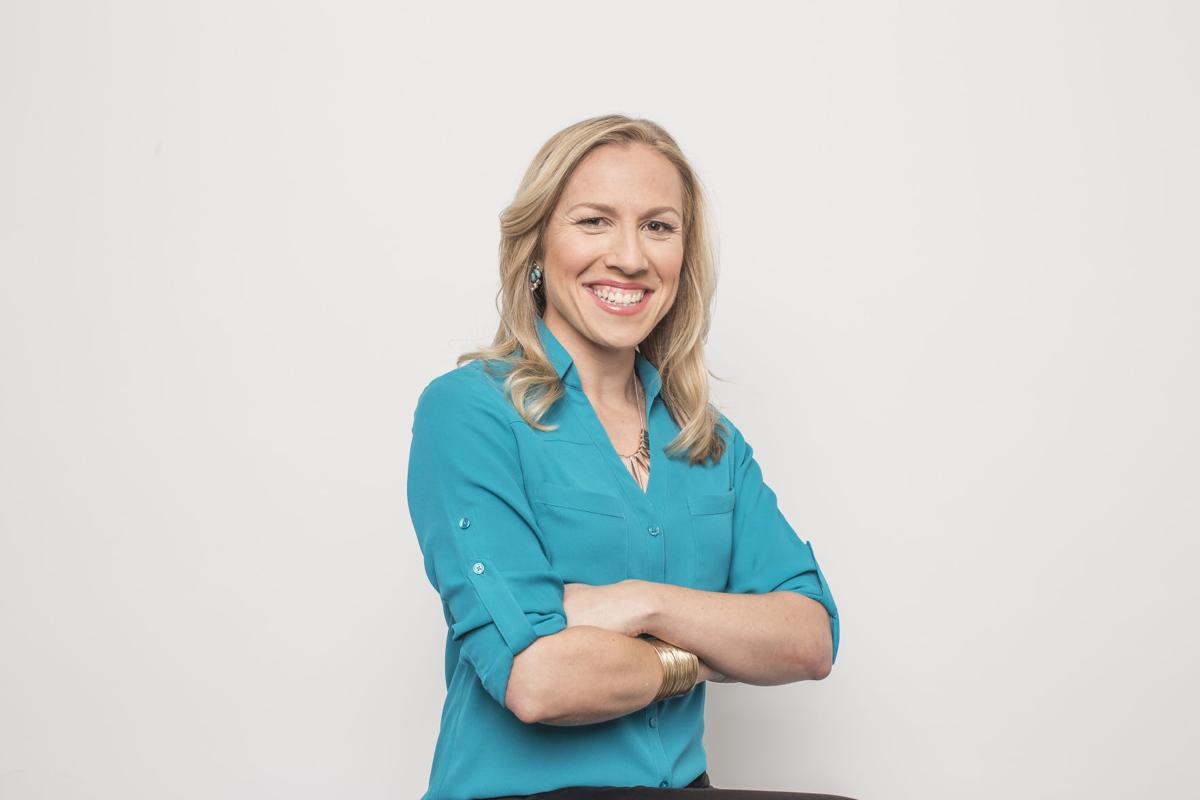 On Monday, March 29th, Kate Scott will call the play-by-play of the Warriors-Bulls game on San Francisco radio.

The NBA was born in 1946, the brainchild of arena owners who hoped to fill open dates on dark nights. Enter Madison Square Garden’s Ned Irish.

Television wasn’t born yet, so Irish knew that the embryonic Knicks needed a strong radio presence. So he and station WHN hired Marty Glickman to call a schedule of games that very first season, 1946-47. Marty was among the first in the country to ever call college games on radio, beginning in 1939.

In those early years, many thought basketball was too fluid and fast for radio. Baseball, football and boxing were the popular sports on radio then. But Marty undertook the challenge and developed basketball’s nomenclature and rhythm for radio. In time, Glickman’s broadcasts were wildly popular.

Irish, the Knicks’ boss, knew too that if the NBA was to survive, women would have to take an interest in the league. So he did something quite daring back then. He hired a Wimbledon champ, Sarah Palfrey Cooke to serve as Marty’s first color commentator.

Well it didn’t work out all too well. On the train to St. Louis for the first Knicks’ broadcast against the Bombers, Sarah asked Marty about the basics. One was, “What’s a field goal?” Marty knew he was in trouble. After a couple broadcasts, Sarah’s career ended.

Flash forward almost 75 years and the progress made by media women is palpable. Jackie MacMullan and Doris Burke have been honored by the Naismith Hall of Fame for their writing and broadcasting work respectively. Other television team analysts include the Suns’ Ann Meyers Drysdale and the Nets’ Sarah Kustok.

The last gender barrier is play-by-play and it too could crumble.

Last night, TSN in Canada presented the Raptors’ 135-111 win over the Nuggets that featured an all women’s team, Meghan McPeak on play-by-play and Kia Nurse of the Phoenix Mercury doing the analysis. TSN’s Kayla Gray reported from courtside and Kate Beirness and Amy Audibert were in the studio.

How big a deal was it? Canadian Prime Minister Justin Trudeau congratulated the participants on Twitter. It’s worth noting that the game wasn’t played in Canada. Because of Covid, the Raptors are playing their home season in Tampa, Florida.

Women are being honored in conjunction with National Women’s Day earlier this month. John Wiggins, the Raptors vice-president of organizational diversity and inclusion (a bulky title), said “We wanted to highlight the contributions that women make individually — across so many broadcasts — by bringing them all together.”

A little historical background and a sobering thought

In 1998, Leandra Reilly called two Nets games, the first on Valentine’s Day. Her partner was the popular, Bill Raftery. Leandra was  filling in for veteran Steve Albert. In 1987, according to Oliver Tse, a former broadcast agent, Reilly was one of the candidates under consideration by NBC Sports Executive Producer Michael Weisman to do play-by-play of a National Football League (NFL) regular season game. But Leandra lost out to longtime WFLA-TV 8 Tampa, Florida news anchor Gayle Sierens who was assigned the Seattle-Kansas City regional broadcast on December 26, 1987.

Reilly now lives in Miramar Beach, Florida with her husband, former Turner Sports producer Michael Lardner.  Tse told me that they currently own and operate their own residential real estate brokerage business.

According to Tse too, Marney Gellner, who serves as a play-by-play commentator for the regional broadcasts of the WNBA’s Minnesota Lynx, filled in for Dave Benz, doing play-by-play of three Timberwolves games during the 2018-2019 season.

One thing is absolutely critical. Whoever the announcer is, male or female, he or she has to have his or her pulse on the rhythm of the game and know the rules instinctively. Otherwise, the broadcast will be a failure. Once women have had enough reps and have watched and practiced sufficiently, they will fit in seamlessly. In time, I’d imagine it won’t be a big deal that women are behind the play-by-play mic, just as it isn’t when we see lady NBA referees in striped shirts.

There is a caveat that I dare share. With rare exceptions, women’s voices don’t have the depth that men’s do. Some women broadcasters are cognizant of it, and as such they’re reluctant to completely unleash their excited voices when something dramatic occurs in a game. Some though aren’t deterred by it. Their voices do crack and it’s something listeners and viewers will have to accept. If not, we live in a great and free country. Shut the sound.

Lisa Byington called NCAA games for CBS/Turner last weekend. Two went down to the wire and she let loose vocally when Abilene Christian stunned Texas. I don’t know how viewers took to it but I didn’t find anything negative on Twitter about Lisa’s shrieked call.

A Michigan native who was was a point guard at Northwestern, Lisa has some NBA broadcast experience too. She did three Chicago Bulls road games in 2019 on NBC Sports, Chicago, with partner Stacey King.

The Raptors weren’t the only team featuring women on their broadcasts last night.

The wave of exclusively women broadcasts were scheduled to carry last night outside of North America. ESPN Brasil’s multi-sport play-by-play commentator Natália Lara and analyst Alana Ambrosio were scheduled to call the Celtics-Bucks game off a monitor in São Paulo, Brazil.

More to come too, the Kings and Warriors
NBC Sports California will present the Kings’ first women’s nonbinary broadcast team this Saturday when the Cavs come calling. In a release by the team, coverage across all platforms, including pregame and postgame shows will be made up of Krista Blunk, Kayte Hunter, Laura Britt and Layshia Clarendon.

“Each of these individuals are such valuable contributors to sports broadcasting and we are excited to bring them together to showcase their talent,” Kings President of Business Operations John Rinehart said.

Kate Scott has done her share of regional play-by-play. And now she will get a shot at calling an NBA game on radio. Kate is Northern California based and has done the NFL, college football, men’s and women’s college basketball, college soccer, volleyball and softball.

Next Monday, the 29th, she’ll have the radio play-by-play mic for the Bulls-Warriors game on KGMZ-FM “95.7 The Game.” It’s where Scott also hosts the weekday morning talk show, “The Morning Roast.” She will work the game alongside Mary Murphy and Kerith Burke. The Warriors too made the announcement in conjunction with Women’s History Month.

Warriors radio was defined by the great Bill King who started with the club when it arrived in the Bay Area in 1962. Those are some big shoes to follow, no matter who it is, albeit it’s decades later. The 38 year old Scott has done play-by-play for two NFL pre-season games and an NHL game on International Women’s Day on Sunday March 8, 2020.

The advent of broadcasts that feature women play-by-play announcers should surprise no one. Becky Hammon is an assistant coach on Greg Popovich’s Spurs staff and Stephanie Ready was the first woman to coach a men’s professional sports team during her time with the NBA D-League.