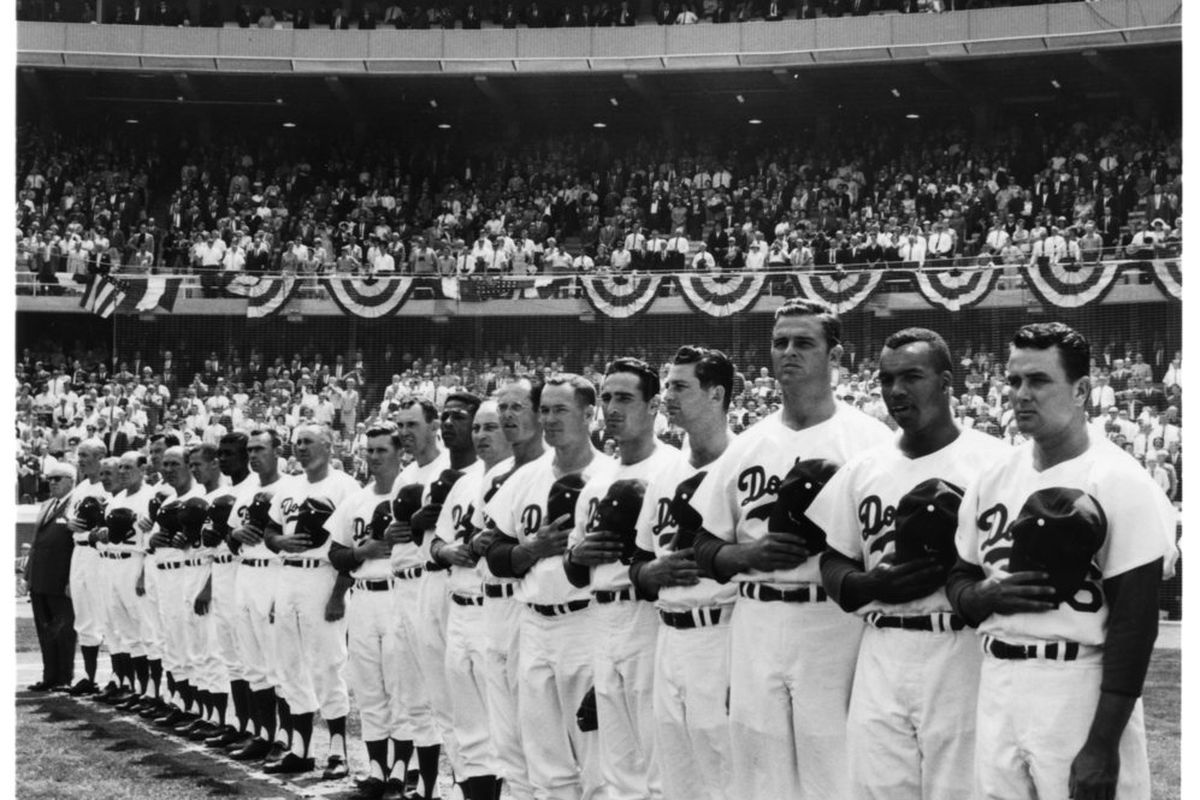 Timelessness is one thing and endlessness is another. It’s why fans have a love hate relationship with baseball. Like it or not, four hour games are commonplace today. It wasn’t always that way. For regulation nine-inning games, the occasions were rare.

In 1962, for the second time in eleven years, the regular season wasn’t enough to settle the National League pennant. It was a race between one of the most heated and perhaps oldest rivalries in sports, the Giants and Dodgers. Back in 1951, It came down to the last hitter who reached the plate. Bobby Thomson hit the shot heard ’round the world. The length of the game was two hours and twenty eight minutes. After the teams relocated to California, they continued to fight tooth and nail for a chance to play the Yankees in the World Series. (I believe that Willie Mays was the only man to play in both series ’51 and ’62.)

Of all people, the Dodgers’ Sandy Koufax was shelled in game one, the Giants blanking the Dodgers 8-0 at Candlestick Park. A best two of three in consecutive days left the erstwhile Brooklynites with no margin for error. LA had to fight for every opportunity in game two like a running back muscling for every inch.

First pitch for game #2 was set for 1:06 Pacific Time, 4:06 Eastern Time. The  matchup was televised  locally in California by both teams and nationally on NBC by network voices. Two Hall of Famers were behind the team microphones for their respective clubs, Russ Hodges for San Francisco and Vin Scully for the Dodgers. Each had his sidekick, Scully, Jerry Doggett and Hodges, Lon Simmons.

This was when NBC, ABC and CBS dominated television and about 90% of the audience between them. Fox wasn’t born yet. Cable TV was just beginning to show its wares. CATV (Community Antenna Television) as it was then called was no more than a technical vehicle to help suburban viewers download urban signals clearly. Otherwise those viewers had to deal with annoying and fidgety rabbit-ear antennas.

Commercial time between half and whole innings was still only sixty seconds, not two minutes as it is today. For that matter, tobacco ads were still prevalent.

But 59 years ago at freshly christened Dodger Stadium, game two of the series took 4:18 to play. An anomaly at the very least. Think for a moment. The game was televised nationally by NBC and didn’t end until after 8 pm back east. Prime time? How about encroaching upon the evening news when viewers counted on it. No CNN or Fox then. Radio didn’t even have all-news yet.

Many had never seen anything like it before, a four hour nine inning game. It set a record that stood for decades. It has been broken so many times since that this critical 1962 matchup was pretty much forgotten at least for its duration. LA clawed and scratched, forcing a game three the next day.

Flashback to game two, fifteen runs were scored between the Dodgers and Giants in the second game of the series. There were lots of pitching changes. In all, San Francisco had eight different men on the mound and the Dodgers five. (Sounds like a game today, doesn’t it?) 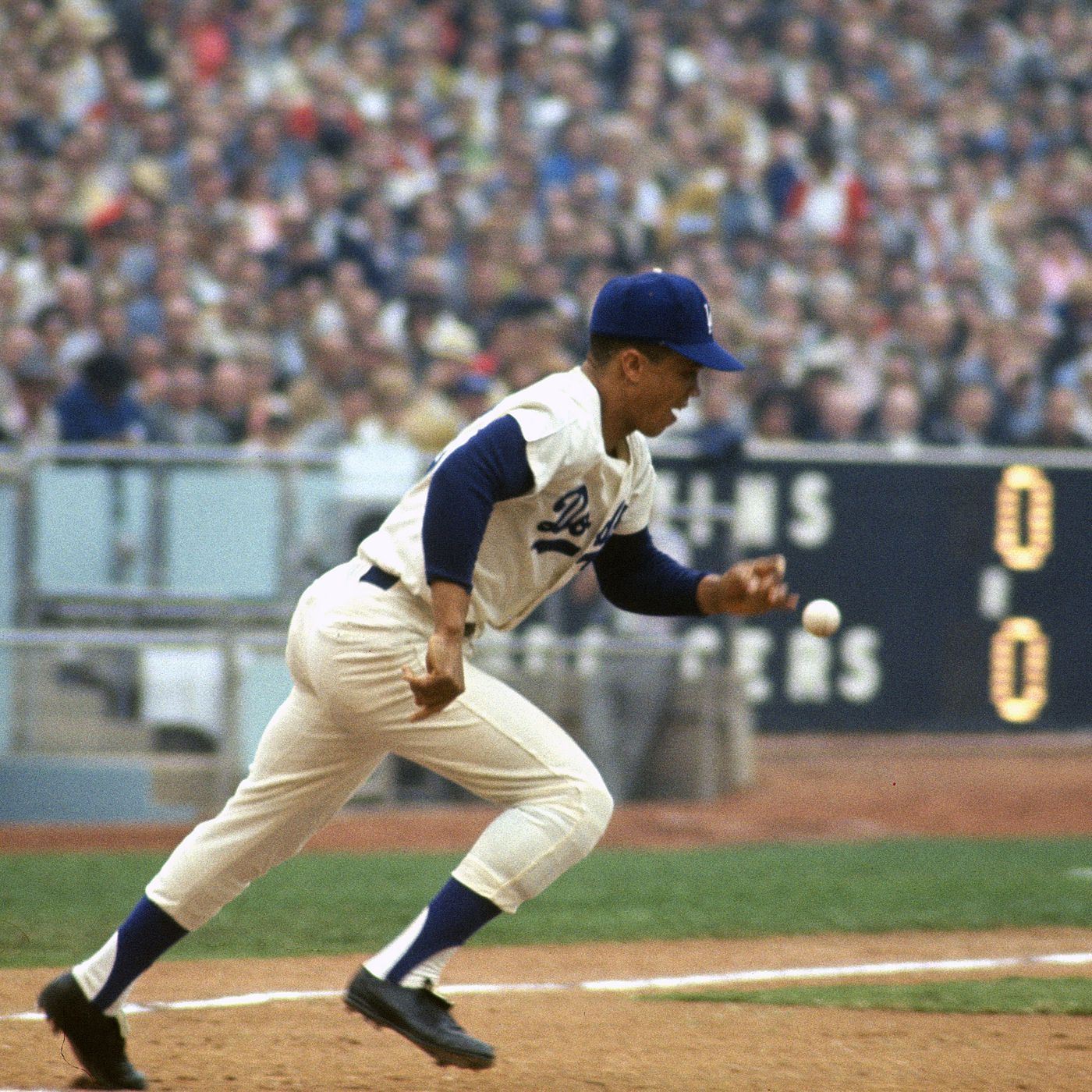 Maury Wills (left) of the Dodgers put every last inch of his speed into this critical matchup. The Giants too were fighting assiduously to keep Wills in check. The wonderous base stealer was a constant headliner through the summer of ’62 as he chased Ty Cobb’s record for stolen bases. The Dodgers won game two, 8-7 in the bottom of the ninth when Ron Fairly hit a sacrifice fly, driving in, who else, Maury Wills.

If you’d look at the box score today and see four hours stamped alongside the attendance, it would hardly be a shocker. Fifty nine years later, a four hour ballgame is an everyday happening. Vin Scully told our publisher David Halberstam, that he has less of an issue with the time of the game than he does when TV analysts break down pitches like they were explaining the Pythagorean theorem to a class of high schoolers. “I don’t see fans in the stadium checking their watches,” the retired broadcaster said.

The Giants-Dodgers three game playoff was followed by a World Series that was delayed for a week by incessant rain in San Francisco. The Yankees’ Mel Allen and the Giants’ Russ Hodges, broadcasters for NBC, just waited patiently. Moreover, just after the Series ended in mid October, Americans were getting frightfully nervous during the Cuban missile crisis. There was fear that the world would engage in a nuclear war. Kids left for home after school and didn’t know if they’d return in the morning.

In game three, the deciding game of the Giants-Dodgers playoff, it was pitching that failed LA. Things actually looked promising for the Bums heading into the top of the ninth leading 4-2. They were three outs away. Of all things, the Dodgers top reliever during the 1962 season had a rough the top of the ninth. Ed Roebuck was enjoying his best year in the Big Leagues. He was 10-2 and had a 3.09 ERA. But the native Pennsylvanian proceeded to issue a couple walks and give up a big infield hit to Willie Mays. Manager Walt Alston yanked Roebuck and brought in Stan Williams who too labored. The time was three hours even.

Jim Davenport  walked with the bases loaded and SF led 5-4. In the bottom of the ninth the Dodgers went down one, two, three. As Vin might have said then, “The Giants broke the hearts of all of Southern California.”

From a broadcast perspective, how do announcers prepare day after day for three to four hours broadcasts? And now the voices are asked to engage in pre and post-game shows too. We all know too that in 2021,  sharing a debatable story might land the voices on the wrong side of cancel culture. Voices have to be prudent about every word they utter.

How do old-time play-by-players cope with unending broadcasts? After an hour the game is only in the last of the second or the top of the third. The Brewers’ Bob Uecker, the Marlins’ Dave Van Horne and Denny Matthews of the Royals have all been calling games for more than fifty years. Van Horne’s voice is still in fine fettle.

For an historical comparison, I selected a smattering of some well-known games. Let’s flash back for a moment:

1)  August 22, 1965, the Dodgers at Giants: Juan Marichal loses it. He whacks LA catcher John Roseboro’s skull with his bat and there’s bedlam. The benches empty. Nasty and unforgivable. Even with that headline- making occurrence and the intractable melee that followed, the game lasted just 2:18.

2)  August 12, 1984, SD at ATL?  The Padres tried to hit pitcher Pascual Perez every time he batted. Benches emptied so many times that the umpires ordered that no one was allowed in the dugout in the 9th inning. Easily thirty minutes of mayhem added to the game. The video is available on YouTube. What was the time of game you ask?  Try 2:56.

It begs the question. Why are games being called by only one play-by-player. John Sterling is 83 and insists that he works alone, doing the play-by-play of entire games. No play-by-play company wanted.

Jesse Agler, 39, in San Diego, Pat Hughes, 66, with the Cubs and Len Kasper, 50 with the White Sox get little help. On television DeWayne Staats, Gary Cohen, Glen Kuiper, Paul Severino, Matt Underwood and others do play-by-play solo. So why are so many teams utilizing just one play-by-play voice when the games go that long? Wouldn’t it be more entertaining if two folks banter informatively? This isn’t basketball or hockey, made up of just half the baseball schedule or football played just once a week in the fall.

On YouTube, there is a channel with a wide variety of 1960-1980 radio broadcasts of major league games. Many featuring the Mets, Yankees and Dodgers. They sound a bit more profound and enjoyable.

The Mets rotated three voices. Lindsey Nelson, Bob Murphy and Ralph Kiner for the first 17 seasons of the club’s history which began in 1962. They were a nice mix. No one ever confused Lindsey Nelson’s voice with Kiner’s or anyone else’s for that matter.  And the games were far shorter. There’s something to be said for listening to varying voices regularly. Different styles and voice cadences spruce things up.

The Atlanta Braves aired on the Superstation, TBS, for years. They had four voices who rotated between TV and radio. One duo, Skip Caray and Pete Van Wieren, would be on radio for 4 1/2 innings; then completely move over a booth for television. Meanwhile, John Sterling and Ernie Johnson, would start with TV and alternate over to radio. The audience gets a break, different voices and different perspectives. The Giants and Pirates still mix their TV and radio crews, like the old days when announcers had a stronger identity with the clubs for whom they work.

This website on August 12th, noted many “unsung” broadcasters who played supporting roles and were very listenable in their own right. With longer games, one primary voice for the duration, does listeners a disservice, particularly when games exceed three and a half hours on a regular basis. Voices need to interact and share anecdotes.

Frank is a former radio voice of the Omaha Royals, 1988-1997. He still lives in the city made famous by Johnny Carson, Bob Gibson and yes, Warren Buffett. Frank is an alum of UCLA.