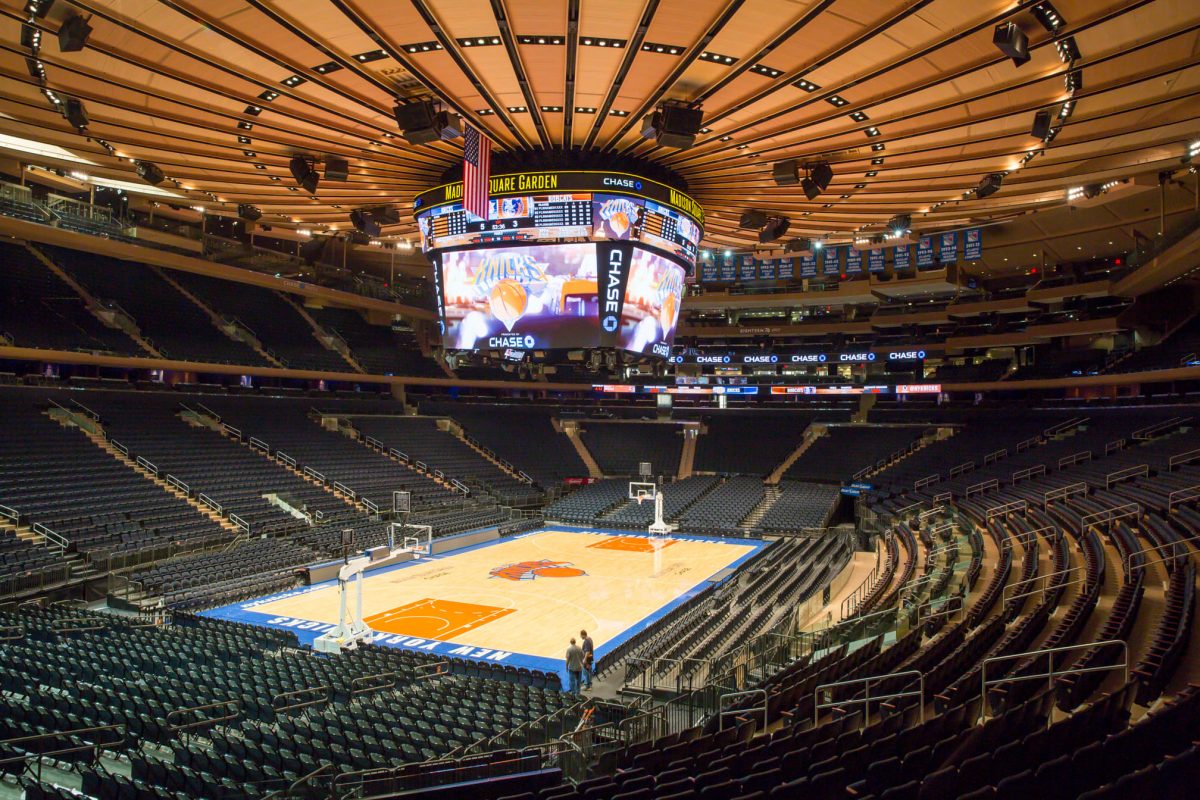 An empty Madison Square Garden, home of the Knicks, Rangers, college basketball and much more

If the owner of “The World’s Greatest Arena” wasn’t the world’s greatest horse’s ass, he could score a big public relations victory. That arena is Madison Square Garden, which is owned by James Dolan, who inherited it from his father, the cable magnate.

Dolan also owns the New York Knicks who have been horrible for nearly two decades straight. To add to Dolan’s popularity he has had dozens of fans kicked out for suggesting he sell the team. It didn’t take much. All a few of the fans had to do was hold up a sign and they were tossed. Besides charging top dollar for seats, Dolan rakes in about $100 million a year in TV revenues. But thanks to the coronavirus, much of that TV revenue is on hold while the NBA has temporarily suspended its season.

Now that the season is on hold, MSG is nothing but a useless construction of steel that’s planted in the center of Manhattan.

With predictions that the virus may last into the fall, if not longer, and with mayors and governors desperate to find makeshift hospital beds, couldn’t Dolan go from being despised to even loved if he offered up his white elephant at 33rdstreet and Seventh Avenue to the city? Well maybe not loved!

It’s not as if he’d be the first to ever do this. During Hurricane Katrina, the Superdome became a refuge for thousands of desperate New Orleans citizens. The Army Corps of Engineers could work with the powers that be to turn the Garden into a needed care facility for separate souls.

But one look at the MSG website gives next to no indication that there is any sympathy by Dolan for the city’s frightened citizens. You even have to click on a link to find MSG’s statement, which simply says that it would abide by the governor’s directive regarding venues.  Did you expect much more?

Kentucky Derby postponement: Was It out of greed or kindness?

With everything cancelled in the sports world it’s actually refreshing to see that they’re still racing at Aqueduct in New York. They’re racing but without fans in the stands or at the betting windows. That however, hasn’t slowed down the wagering, now that most of it is done on-line. Aqueduct conducts its racing with only jockeys and horsemen and every one of them has to have their temperatures taken before entering either the jockey’s room or saddling area.

And now that spring is upon us, the big Kentucky Derby prep races—the Florida Derby, the Santa Anita Derby and the Arkansas Derby are also on track to take place at their respective tracks and run similarly to the way that Aqueduct runs its meet. But not Churchill Downs. 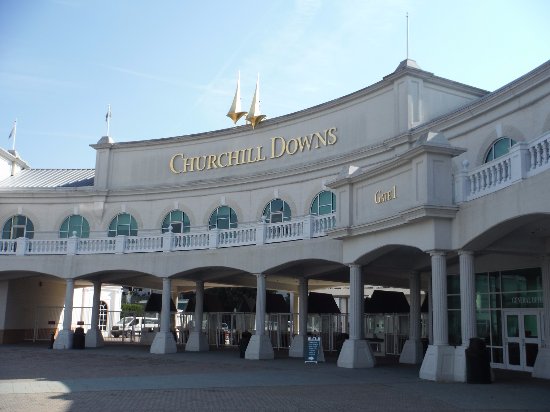 Churchill Downs, the home of the Derby has decided to postpone its race until September 5th instead of running it on time like the other tracks. Heaven knows, with nothing else going on, it would get more publicity and probably a higher rating and market share than its received since the days of Secretariat. NBC would have loved to have the only major sporting event in months on its network.

I feel that Churchill declined to run the first Saturday in May because of greed. With 150,000 fans or more expected in Louisville, that’s a ton of money the track owners would lose, with seats and suites costing into the hundreds and thousands of dollars, not to mention the huge profits from refreshment sales.

Not only would Derby Day be lost to patrons, but the day before which is Kentucky Oaks Day, would be as well. It’s my contention that Churchill Downs Inc. didn’t want to lose all that juicy revenue. And while September 5th may fit Churchill’s calendar nicely to reschedule the big race, it makes it nearly impossible for other tracks to run their great late-summer three-year-old classics like the Travers at Saratoga and the Pennsylvania Derby in Philadelphia.

The Preakness has been moved to September and the Belmont is likely to follow too.They had no choice.

The only other time the Derby wasn’t run the first Saturday in May in recent times was during WWII, and then it was run June 5th.  This simply looks like a power grab by Churchill Downs not an act out of kindness to racing fans.

If you’re wondering, the 2019 Kentucky Derby averaged 16.5 million viewers on NBC, the best the network produced since 2001, its first year it owned the package. The 2019 number was 10% higher than 2018 when Justify won the race and proceeded to take the Triple Crown.

The Derby has averaged at least 15 million viewers for seven straight races. Rights holder NBC carries Notre Dame football on Saturdays so scheduling conflicts will be a challenge for the network’s Triple Crown coverage. Stay tuned.

Looks like all-sports are being pushed back. Once we get out of this coronavirus mess, governing bodies, rights holders, teams, conferences will have to figure  out how to squeeze everything into a compressed time.