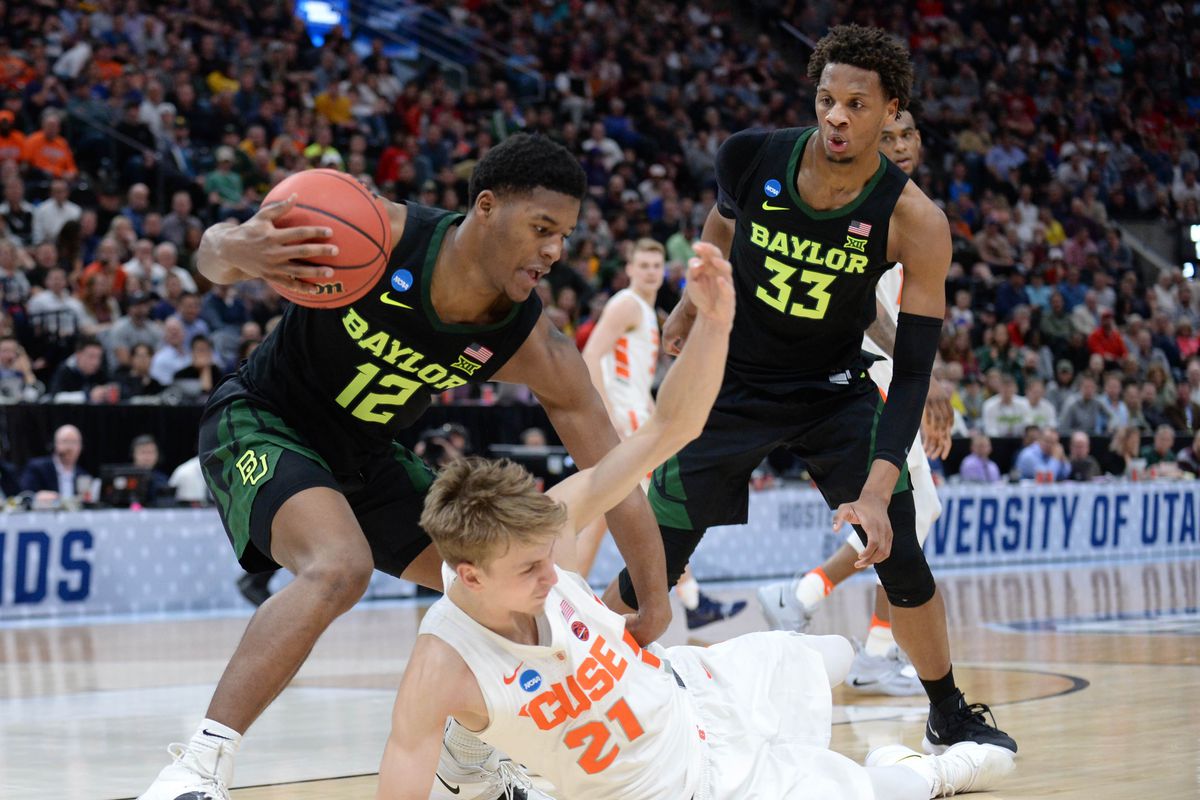 First-Four and First Round broadcasts: Observations and reflections

In the Turner studio, Casey Stern is a lively host, if not a bit too hyper, who keeps the conversation spirited and moving. His panelists include Seth Davis, Brendan Haywood and Candace Parker. Davis, whose roots are in print at Sports Illustrated, was critical of Arizona State coach, Bobby Hurley, for being unable to maintain his bench decorum. He praised Hurley’s strengths as a coach but warned that his antics infuriate the referees and can be costly.

Haywood is very relaxed on the set and speaks his mind. The former North Carolina star said that St. John’s offensive performance didn’t reflect the personality of its coach, Chris Mullin. Brendan pointed out that Mullin was a patient performer; working screens, constantly moving and milling and weaving. His team though didn’t properly execute. He said that it was like watching community college ball. A former NBAer himself, Haywood said St. John’s looked disjointed, ‘my turn, your turn’ kind of approach. Candace talked only when called upon to do so.

Pitt coach Jeff Capel joined the set last night. Stern, a high-pitched quarterback of his studio colleagues, was a bit much at midnight. He did his best to engage everyone but it’s difficult with a set of five. It reminds me of the time that Vin Scully, who did NFL games for CBS, was asked what it’s like to have a three man booth. He politely said, it’s more difficult because it requires ‘mental bookkeeping’ to equally share the stage.

With expanded time on its multi-platform presentation, Turner produced nice features on Murray State fans and also dedicated time to the emotional news conference featuring LeVelle Moton, the coach of North Carolina Central. Moton’s team had just lost to North Dakota State. The coach didn’t hold back talking about how his team was family, how he watched them grow up and how he felt for his players after a difficult loss. Moton’s tears flowed.

Greg Gumbel still has a nice touch in the studio. Charles Barkley’s disparaging humor and disarming personality can put anyone at ease. The quartet of Kenny Smith, Clark Kellogg, Barkley and Gumbel were a fun watch prior to yesterday’s nighttime doubleheader. Gumbel, soft-spoken but usually guarded, even quipped about a fellow sitting near the priest at a game, both men rooting for the same team. When a so-so foul shooter was at the line for critical free throws the fellow crossed himself and asked the priest, “Will that help?” The priest said, “Yes, if he’s a good foul shooter!”

Of the four, Kellogg, who follows college ball the most, shepherded lots of the conversation. With Charles on the set, there are always chuckles. The group was so good, I delayed watching the Florida-Nevada game on another one of the family of stations carrying March Madness.

Notes and observations from Thursday’s broadcasts:

For all the dough that CBS and Turner pay for the rights , you would think that they would have mercy on their game broadcasters in the first round. They’re asked to work four games over almost eleven hours. It can be cruel and unusual punishment. When I interviewed the wonderful, warm and sorely missed Verne Lundquist, he said to me that by the fourth game, things can turn into somewhat of a blur.

Think of it this way. Some of yesterday’s voices, Carter Blackburn, Andrew Catalon, Ian Eagle and Kevin Harlan may not have seen any of these teams at all during the regular season. So in a matter of a few days, they’re asked to study and memorize lineups, uniform numbers and the like.  The CBS and Turner management should consider two teams of announcers at each site so that each crew would work only two games. It’s much.

Pleasure to hear Kevin Harlan, the best play-by-player of the four working yesterday. His voice is uplifting and welcoming. The other play-by-play voices last night don’t have the depth to the ranges of their voices to give exciting plays the proper treatment without sounding like chalk against a blackboard.

Reggie Miller didn’t over-talk, contributed only when he had something to say. Dan Bonner did most of the talking. He has a tendency to spew the obvious, things we see and don’t need any explanation. “They (Florida) built an 18 point lead and Nevada has been battling uphill since.” This said, Bonner seems to know the rules and provided good insight when plays were being reviewed by officials to see whether they were flagrant fouls.  He also made a good point about teams slowing down their offense to nurse leads. He called it “mentally disengaging,” adding that if the opponent narrows the lead, “it’s hard to reengage.”

Gene Steratore, a former dual official, NFL and NCAA basketball, chimed in when needed from the studio. After Arizona State’s Luguentz Dort fell frighteningly hard while fouled in mid-air by St. John’s Mustapha Heron, the officials called it a flagrant one. The analysts, Jim Jackson and Steve Smith, felt that it was a basketball play and didn’t warrant a flagrant and Steratore, reviewing it in the studio, agreed with the commentators not the refs. Jackson talked about how players are taught to instinctively protect themselves while falling with their off-hand.

The most influential NBA columnist ever, Peter Vecsey, uses Twitter and contributes to Patreon, a subscription based site. As NBA fans know, his pithy and trenchant comments are priceless. Peter tweeted this morning: “This just in: Auburn plans to celebrate its first-round tourney win by retiring Chuck Person’s and Charles Barkley’s inmate numbers…” Vecsey was also a studio analyst for NBC when it had the NBA rights in the 90s.

The best human interest story was told by Andrew Catalon. Working the Gonzaga game with  Steve Lappas, he said that his hotel room was adjacent to the family of Gonzaga coach, Mark Few. Catalon said that the coach’s young kids were making a racket all night, playing basketball in the hall and against the wall that adjoined his room. The game against FDU was a blowout so Lappas had the opportunity to tell the audience what it was like in his house when he was on the road as a coach. His kids, he said, would fight while watching his games and eventually had to be sent to their individual rooms so that they wouldn’t kill themselves.

On radio, I enjoyed Scott Graham who’s descriptive and passionate. Graham, the Voice of NFL Films, paused for emphasis and didn’t shout! He wasn’t mechanical like Kevin Kugler and John Sadak. I was able to follow the ball beautifully. His analyst, Donny Marshall did a nice job too. He knew that on radio it’s misguided to analyze every play so he talked about game patterns.

Both Sadak and Kugler are superb drawing word pictures but both holler. Every game and every play sound the same. Goodness! And the calls almost sound scripted. Tom McCarthy was good too but his color man, Joe Crispin, wouldn’t shut up. Austin Croshere who did First-Four analysis with partner Ted Emirch made good comments and didn’t over-talk but began every sentence with, “Listen.” Emirch was over the top shouting. He should listen to tapes of the greatest, Joe Tait, and calm down.