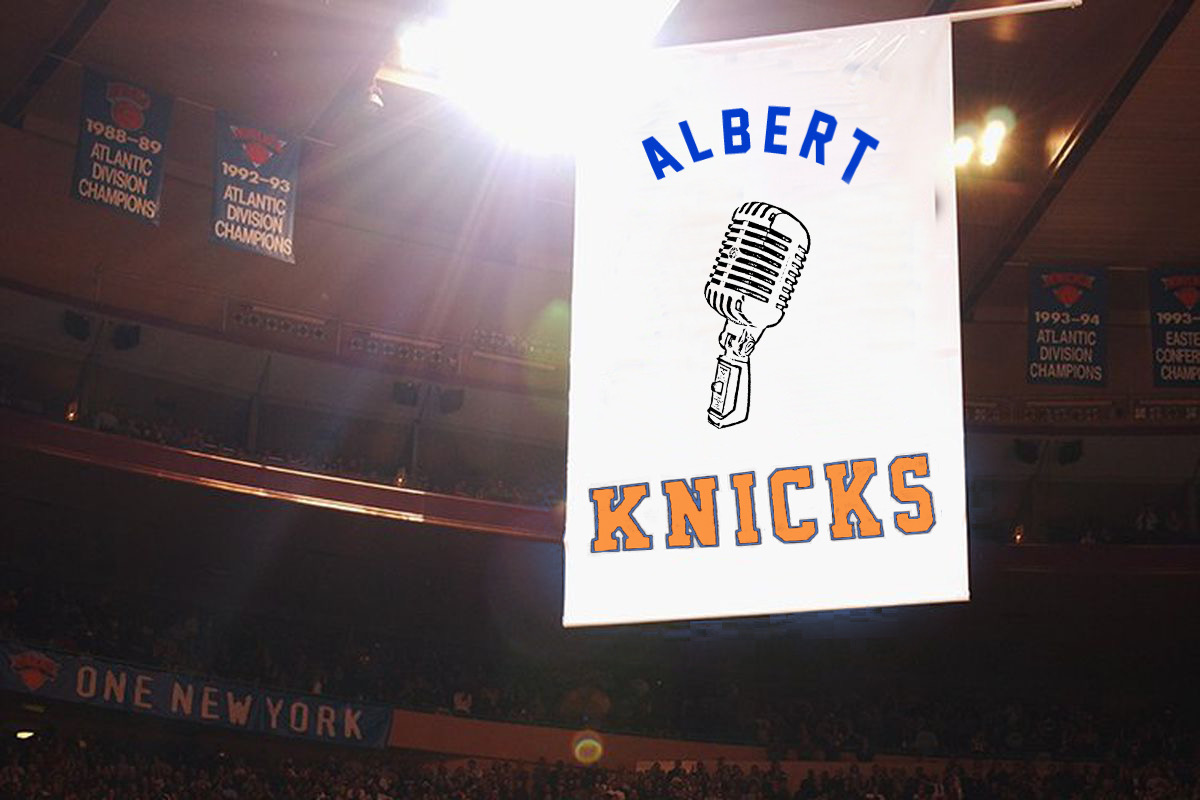 It was time and I think he knew it. The pounding he was taking on social media was enough. It was more than just a hint that his better days were behind him.

So just short of his 80th birthday, Marv Albert called it quits, after some six decades on either radio, television or both. Curiously, the timing of the news this weekend overlapped the honoring of Mike Breen by the Naismith Hall of Fame. Breen, the current Voice of the NBA on ESPN, was presented the coveted Curt Gowdy Award, emblematic of broadcasting excellence. But the news of Marv stole the spotlight.

Born Marvin Aufrichtig, the future sportscaster extraordinaire earned his keep as a young teen, stocking goods in his dad and grandpa’s grocery under the elevated New York subway in Brighton Beach. (Yes, it’s a non sequitur but the subway does run above ground in many areas outside Manhattan.)

By the time his dad Max anglicized the family name to Albert, Marv had identified his career pursuits. There was little hesitation. Sportscasting was it. Marv had always loved listening to sports on the radio . 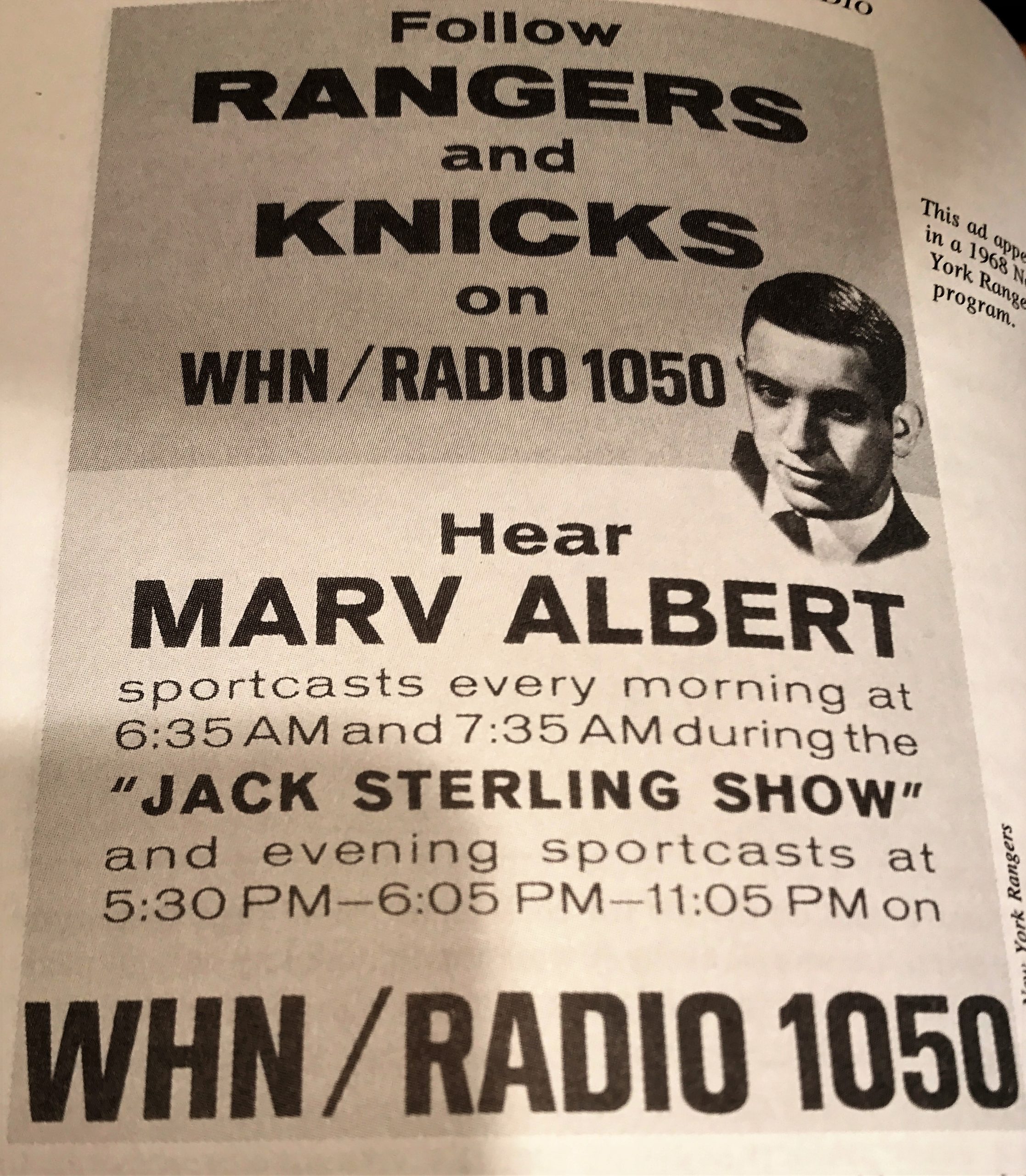 One summer, as a high school student, Marv was an office boy for the Brooklyn Dodgers. When the Bums played at Ebbets Field, he set down his bulky reel-to-reel tape-recorder at an empty spot on press row and practiced his play-by-play. When the broadcast ended, he hustled into the Brooklyn broadcast booth where he picked up smudged sheets of paper filled with commercial copy for advertisers like Schaefer Beer. The ads had been voiced during the game by either Vin Scully, Al Helfer or Jerry Doggett. For Marv, it was an opportunity to practice reading spots.

The NBA was a shell of what it is today in the 1950s. It was a fledgling league made up of eight teams and none further west than Minneapolis. Franchises seemed to move every other year. There were seasons in New York when the Knicks couldn’t even muster enough interest to have their games carried on radio.

There were two voices who dominated whatever basketball there was on radio in those days, two rivals, Marty Glickman and Les Keiter. The two had little love for one another but Marv could listen to either one forever. The excitement in the voices of these two men and the magnificent word pictures they painted caught Albert’s fancy.

As a teen, Albert got a seat on the Knicks bench. Yes, as a ballboy! But for Marv, keeping an eye on the ball likely meant setting his sights on the broadcast position high above the old Madison Square Garden floor where Glickman or Keiter presided rivetingly. Marv dreamt of sitting in that chair himself one day.

While the creative Keiter was quite helpful to Marv, Marty saw something special in him and took the youngster under his wing. Glickman had Marv do his stats and encouraged his protégé to attend his own alma mater, Syracuse. Upstate, Albert went.

Marv wasn’t the only Glickman protégé. The list of his disciples  is lengthy. Think of Johnny Most, Spencer Ross, Sal Marchiano, Dick Stockton, Bob Costas, Spero Dedes and Frank Gifford, just some of the broadcasters who span some three generations. From a measure of play-by-play $uccess, Marv was student number one.

During Albert’s senior year, 1962-63, he found his way back to New York where he completed his college degree at NYU. At the same time, WCBS Radio got the rights to the Knicks and Rangers broadcasts and Glickman was assigned the basketball. By then, Marty had great confidence in Albert and would often turn the microphone over to the college kid to run down out-of-town scores and game stats.

On January 27th 1963, Glickman was stuck in Europe on a non-basketball assignment and couldn’t get to Boston for a Knicks-Celtics game. Marv got the nod. Years later, Marv told me that he felt Marty purposely delayed his return from Europe to give him a chance to do his first Knicks game. The Knicks were awful in those years and only 4,090 showed up at the Boston Garden to watch them lose, 123-110. (Years ago, Albert shared with me that he also has a recording of that first broadcast but I don’t believe he ever released it publicly.)

And so was the birth of Marv Albert’s NBA broadcast career which stretched for 58 years and spanned through 12 U.S. presidents. Fittingly, Marv actually conducted a White House interview with the first chief executive who put his love of basketball ahead of baseball or football, Barack Obama.

In March, 1963, Albert also called his first NHL game, a Rangers-Red Wings match in Detroit’s Olympia. By 1965, Marv evolved into the Rangers fulltime voice. In his years doing the Rangers, Marv fell victim to prankster Nick Fotiu who locked him in the bathroom on a team charter flight. Can’t imagine that basketball guys he covered like Bill Bradley would ever do something like it.

Over the next decade, Marv grew into the cynosure of NY rapid-fire sports. By 1967, Albert jumped for joy when he got the Knicks radio job fulltime. And in 1973, he was anointed the radio voice of the NY Football Giants.

Whether Marv was the all-time best basketball voice is a matter of a healthy debate. Many New Yorkers will tell you it was either he or Glickman, the man who first developed the game’s broadcast nomenclature. Fans elsewhere have their own provincial favorites, from Joe Tait to Al McCoy or Chick Hearn to Bill King.

For Marv, his career fell into place like dominoes, from Knicks radio to Knicks TV and onto the networks. He called football, boxing and more on NBC. Yes, Marv did do other sports well, including the Sweet Science all over the world, from Rahway State Prison in New Jersey to Europe and South Africa. Marv is the only voice to date to call an NHL Stanley Cup and an NBA Final on network TV.

Still, it’s hard to think of him as anything but a spirited, hard core basketball guy who loved the Knicks as a teen when the Garden couldn’t give tickets away. Albert told me that gimmicks like NBA doubleheaders at the old Garden would draw fans to see opponents in the first game who featured names like Bob Pettit, Wilt Chamberlain and a local kid from the Bronx, Dolph Schayes who played for the Syracuse Nats. Some fans would head home before the Knicks tipped-off for the second game.

How far back does Marv go? He actually called a Knicks-Nats game in Syracuse before the club moved to Philadelphia in the summer of 1963.

Marv made his mark on radio. Once he migrated to television, Albert economized his delivery and parsed his short phrases. He also clipped his words crisply and distinctly. When you heard Marv’s voice you knew it was he.

Nationally, think of the Jordan championships. Albert did the first five of Michael’s six titles on NBC. Bob Costas called Jordan’s last one when Marv was in purgatory for his indiscretions that most of us can’t forget.

After a year off-air, MSG exec Joe Cohen brought Marv back and assigned him to the Knicks radio broadcasts. Mike Breen was elevated from radio to TV. Breen excelled. It led him to ESPN and this past weekend to Springfield.

Marv also did nightly sportscasts on the NBC affiliate in New York, at a time when the city was blessed with personalities who made for prized competition, Warner Wolf, Len Berman, Jerry Girard, Bill Mazer and Sal Marchiano.

Albert deserves better from his former longtime employer Madison Square Garden. His banner should suspend from the rafters. For decades, his voice galvanized New Yorkers.

The truth is that Albert’s broadcast legacy are those whom he inspired during a generation when everyone wanted to emulate him. If you don’t believe it, go to YouTube to find Bob Costas’ call of a Spirit of St. Louis ABA game on TV. Costas’ style and voice inflections are redolent of Marv Albert, circa 1970.

As he begins his decade as an octogenarian on June 12th, I hope Marv dedicates his professional life to giving back to the younger broadcasters, those who would cherish his counseling.