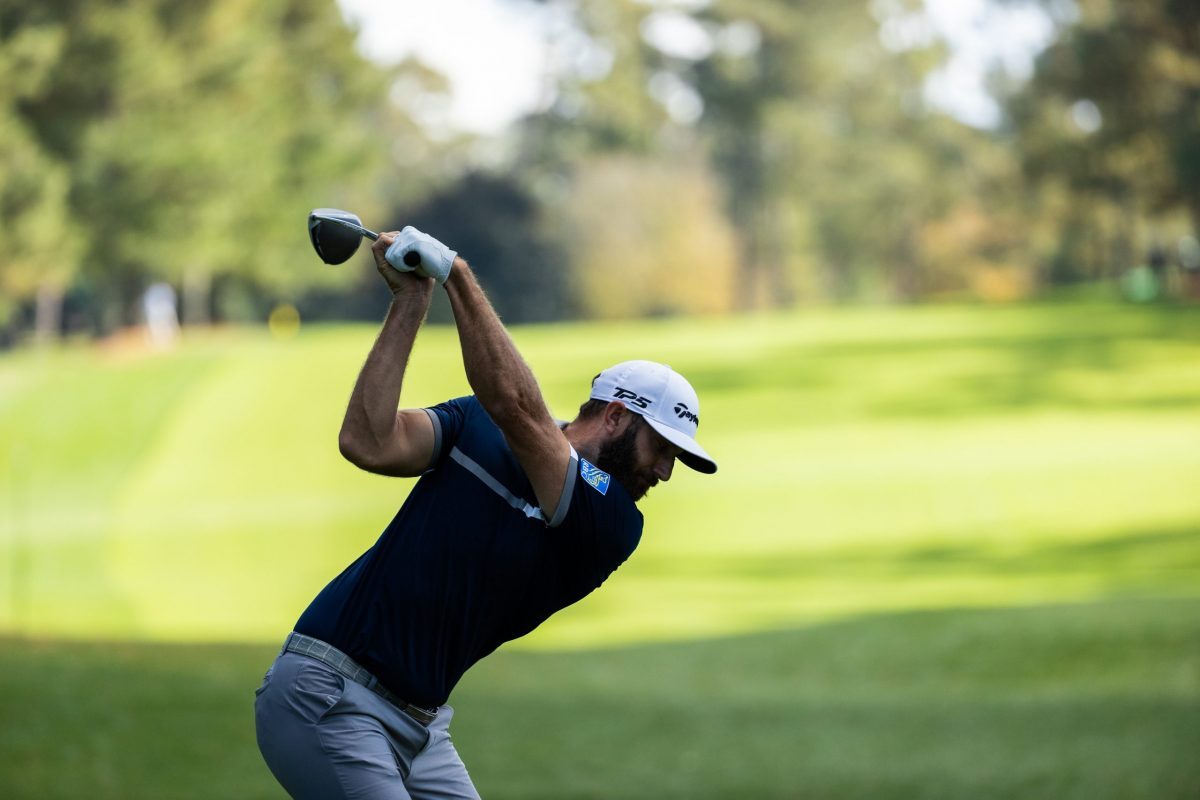 Due to the pandemic, it took 19 months! Yes, finally, the 2020 Masters tournament was played this weekend.

And indeed, it captured the nation’s sporting attention for four days, after a run-up like no other! Masters watchers will pick up the pun there.

While there was much anticipation on how much weather would change the dynamic with a late fall start, it was clear that the pros relish in benign conditions. Early storms on Thursday brought the course to its knees and the greens to a slow go.

ESPN kicked off coverage of the early rounds (and some bonus 2nd round coverage on Saturday morning) when players were forced to finish up because of darkness.

Longtime Masters partner CBS brought up the rear to conclude a tournament that lets all of us hope we never have to wait again until November. This strange year of major championship golf concluded with Dustin Johnson earning his second major and his first green jacket.

Lance Barrow- Coordinating Producer of the Masters,  A++

If you’ve read my reviews in this space the past three years, you’ll know this is my first plus plus ever. One of the most decorated producers in sports television history with a multitude of Sports Emmys, Barrow went out in style with a masterpiece, a wonderful farewell as he moves into retirement.

Never before have viewers been treated to such unique shots of the Augusta National. Many longtime Masters patrons and viewers were texting me the past four days about the incredible sight lines they had previously never witnessed. The drone shots were exquisite. We were treated to unique overheads, looking back on the 16th tee toward the 15th green, the shot of the fairway, showing the expanse of the 14th hole. The perspective without patrons was a sight to behold.

Barrow also took us into the intricacy of the green complexes. We saw the extreme severity of slopes such as the fifth hole and what players had to contend with there. And for the first time, Barrow gave us overhead shots of the neighborhoods that surround Augusta National. Viewers know the course and the workings that go with it. Barrow and CBS  let the golf course be the star.

Best wishes to the understated and humble Barrow on a well-deserved retirement!

The dean of American golf broadcasting played it to perfection.

Audiences have a deep appreciation and admiration for The Masters and Augusta National. And as usual, Nantz is ready to chime in with a quick thought on the action. For example, in the fourth round, Nantz questioned his on-course reporter Ian Baker-Finch. As Dustin Johnson was contemplating going for the reachable par 5 13th in two and eventually chose to lay up, Nantz quickly asked Baker-Finch if the decision to lay up was a result of Johnson noticing that his closest chaser Cameron Smith, had missed a crucial birdie putt in the group ahead. It was an excellent observation at a key moment by the veteran voice.

You knew Jim is ready to get back to the “normalcy” of an April Masters after he reminded viewers several times how close April is to the next tournament. Lastly, I thought Nantz did a brilliant job in the Butler Cabin Green Jacket ceremony with Chairman Fred Ridley, low amateur Andy Ogletree, last year’s winner Tiger Woods and of course the victorious Dustin Johnson. Nantz’ reverence for the history of the place just oozes.

Faldo usually always brings his A game to the Masters and I felt he really did a nice job. The talk of the pre-Masters buildup was all about Bryson DeChambeau and could his length bring the iconic club to its knees?

As DeChambeau struggled early on, Faldo used his critical depth of knowledge to talk about how all the preparation that Bryson was tinkering with actually hurt his chances, saying at some point you have to settle on your selection of clubs well in advance. Furthermore, Faldo talked about implementations that are needed to take place to curb the distance gains the game is experiencing.

Why the minus?  This is where Faldo is at his best. The six-time major champion has unabashed views as to where the current game is. With more of that and less silliness, he’d connect even more. Faldo clearly has a dry sense of humor. I get it, but sometimes it’s used a little too much.

I think his back and forth with Verne Lundquist on trying to get Verne to give one of his patented Masters lines each year goes just a smidge over the line. I’m sure there’s respect there for Verne but it’s like ‘okay Nick we get it.’ Verne has had a masterful line more than once, Think Nicklaus in ’86 with “Yes sirrrr!” or Tiger in ’05 with “In Your Life!” But how many times can you crack the same joke?

Let’s be clear. This group performed admirably but the weekend for the most part lacked drama as dominant Johnson pulled away. I’ll call it a ho-hum weekend for this crew. A couple notes:

The course was soft from the early rains and the greens lacked their usual punch which was creating less break on the greens than viewers were accustomed to seeing. Remember, viewers know this course more intimately than any other that the pros play. I would’ve liked more expert analysis on the influence of mud on golf balls and how that effects ball flight and more insight on the state-of-the-art sub-air system that is employed at Augusta National to get conditions dryer on the course.

To me though Pepper has become bolder in her analysis. She said “Once Dustin committed to the cut drive and exclusively employed that in his arsenal, he could concentrate on getting better with his wedges and putter and it shows.”

She really does an excellent job with post round interviews for CBS, particularly with Tiger after the final round. She did so in a delicate way, asking him about his ten at number 12 and getting his masterful thoughts on what the leaders were facing on the home stretch. Additionally, I think her interviews of the low amateur Andy Ogletree and runner up Sungjae Im (with use of his interpreter) were excellent. It’s not often that viewers hear the candidness of a professional golfer like Im admitting he was only trying to make the cut and to place second was a thrill.

These guys fill a nice niche for early round coverage of The Masters. Van Pelt has covered the event for years and you can feel his passion when he is in Augusta. It’s an event that he looks forward to with great anticipation.

Van Pelt was candid talking with Strange early, “It’s not the same, (due to lack of fans) and it doesn’t feel the same, but it’s The Masters.” Was it a balloon being let open or was it just telling the viewer at home how he felt? I’ll go with the latter. Yes, it’s The Masters, we all know it. But it wasn’t the same as an April Masters. It was okay to feel that way and good for Van Pelt to get that elephant out in the open early on. I applaud it.

Andy North who joined Van Pelt was his usual reliable self, detailing how the course was playing.

Michelle Wie West (married to NBA great Jerry West’s son) grades as a D and the only reason it isn’t worse is because somehow I managed to still have some of my hair. Unlistenable!

Wie, the former US Open Women’s Champion, was simply bad. Didn’t seem to know the course, (8 goes straight, then left, Michelle, not right!). She didn’t have the reps and just seemed overwhelmed with the assignment.

Andrew Catalon, Billy Kratzert and Wie formed the trio that brought us the featured group of Tiger Woods, Shane Lowry and Andy Ogletree the first couple days. It was then that every time Wie spoke, I cringed. She needs reps and the Masters isn’t the place to get them. I literally felt bad for Catalon and Kratzert who did a solid job.

It was corrected by round #4 when veterans Brian Crowell and Michael Breed were assigned to Tiger. But as Joe Biden might say, “C’mon Man, this is Tiger ‘Freakin Woods! As in Defending Champion Tiger Freaking Woods”

Incredible television when Amanda Balionis interviewed the winner Dustin Johnson on the 18th green. Normally stoic, Johnson had a very difficult time composing himself when Balionis tried several different ways to ask Johnson what the win meant to him. She was terrific in helping him along, but the moment was poignant and gripping.

See you in April, Augusta!