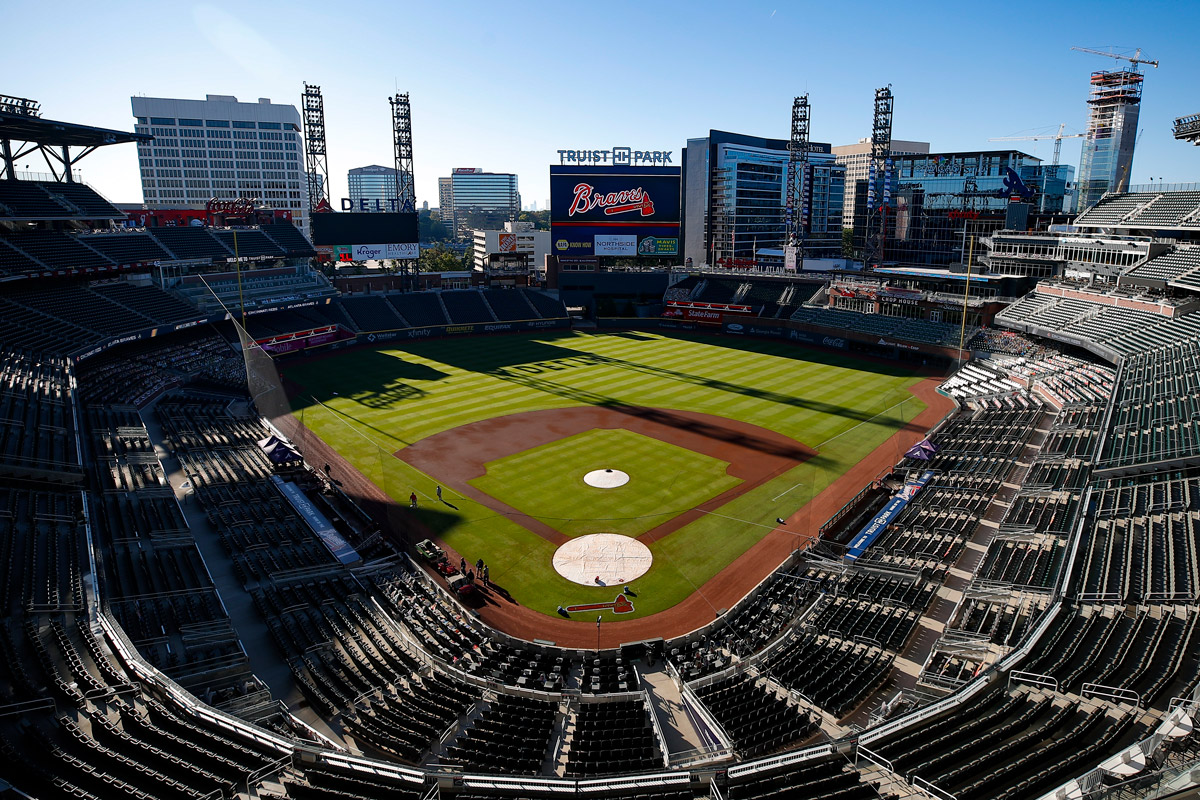 The lords of baseball have pulled the All-Star Game from Atlanta. Not everyone is happy.

MLB opening day is finally here! It’s been quite the offseason, with multiple blockbuster free agent signings and tense negotiations between the league and the MLBPA surrounding a number of issues. But after last year’s abridged season, we’re finally back to the usual 162-game season, and there’s much to be excited about.

In recent weeks, members of the media have weighed in with their top storylines to watch for as the season kicks off.

Are the baseballs still juiced?

In recent years, the league’s home run rate has suspiciously skyrocketed. After denying that the baseballs had been altered in any way, Major League Baseball determined in 2019 that a reduction in drag was responsible for the sharp increase in home runs. Everyone is eager to see the results this year after the baseball has been slightly tweaked to decrease the number of home runs and distance of deep fly balls.

In an in-depth research piece titled “The new baseball still seems juiced”, Lindbergh and Arthur determined that throughout this year’s spring training, the league’s new baseballs have fallen short on their promise of decreasing home runs and deep fly ball distance.

“And most inarguable, batted balls are turning into homers more frequently than they have in any of the past 15 preludes to Opening Day. If the new ball was supposed to suppress homers, it hasn’t yet done its job. Maybe it’s spring training for redesigned baseballs, too.”

Keyser’s prediction about this year’s redesigned baseball was confirmed by Lindberg and Arthur’s spring training data.

“This take is more medium-well than high heat, but it is one I’d like to get on the record (in case I’m right) so here it goes: The effects of the de-juiced ball have been greatly overstated. It won’t do what you want it to do to the style of play and I’d go so far as to say home runs will keep pace with the 2019 numbers.”

With the current collective bargaining agreement set to expire on December 1st, baseball fans may have to savor this season as much as possible, as the threat of a labor stoppage seems very real at the moment. If this year’s offseason has been any indication, there’s going to be an overwhelming number of disagreements and issues to work through during the upcoming CBA negotiations. With the threat of messy negotiations looming, members of the media are warning fans to enjoy this season while they have it.

Sherman provided a bleak but honest outlook on how likely a labor stoppage may be in the majors.

“We are at a moment in time when both management and the union agree there should be a universal DH this year, but there won’t be one because the sides hate each other so much.

It is just another reason that a labor stoppage in the near future is accepted as a foregone conclusion — cue more funeral dirges for the game.”

Brown outlined the most important issues that players and owners will be expecting come negotiation time.

“Look for the players to potentially get service time lowered for entry into salary arbitration, which cascades into earlier entry into free agency. The owners will be looking for expanding the number of teams that will be part of the postseason.

Look for the universal DH to be part of the discussion. And somehow, someway, the players will try to get a mechanism by which clubs are artificially manipulating the service clock to keep players under club control for an extra year.”

After last week’s controversial decision by Georgia lawmakers to pass a highly restrictive voting rights bill, Commissioner Rob Manfred announced on Friday that this year’s All-Star game would be moved out of Atlanta. The feasibility of pulling this off has been called into question with the game just three months away, but after growing pressure from fans and members of the media along with major corporations such as Coca Cola and Delta condemning the bill in recent days, Manfred has stepped up and taken a strong stance. Not everyone agrees.

Prior to Friday’s announcement, members of the media called on Manfred to strip Atlanta of the game.

“MLB’s All-Star Game this season has been removed from the Atlanta area, a city with six black mayors among its past seven, because, at least in significant part, Georgia’s newly passed voting rules have been deemed by some as racist.

“Why are they racist?

“Because we said they are.

“OK, that’s good enough for us!

“Now whom does this decision hurt? Racists, real, suspected or imagined? Or airport workers, hotel workers, restaurant workers, cab drivers, ushers, vendors and on and on? Those punished will be most in need of an economic kick-start, provided COVID-19 restrictions are eased or lifted. Brilliant strategy!”

Brooks outlined the dilemma that faces the MLB and how relocating the event could harm the city of Atlanta.

“Among the four major U.S. sports leagues, MLB isn’t known for taking major political stances like the National Basketball Association. Still, many of baseball’s top superstars are Black or Hispanic.

If the All-Star Game relocates, it could cost Atlanta big bucks. Cities that previously hosted the week-long event have generated at least $60 million in economic boosts since 2009, according to data from the Baseball Almanac.”

In a piece addressed to Los Angeles Dodgers Manager Dave Roberts, who is set to be the skipper for this year’s NL All-Star team, Moore urged Roberts to lead the charge in boycotting the All-Star game in Atlanta.

“Just do the right thing, Mr. Roberts, and announce you’re skipping this All-Star Game since you’re not comfortable with a trip back to the 19th century.

You can begin triggering a revolt among baseball executives, on-field personnel and players against holding this event in a state whose Republican legislators revived the Jim Crow South with new voting regulations, ranging from limiting the number of drop boxes to making it illegal to give those waiting in lines food and water.”

Shaikin echoed the calls of Moore, agreeing that the MLB should move the All-Star game out of Atlanta.

“Bud Selig, the former MLB commissioner, liked to say that baseball is a social institution with important social responsibilities. MLB should stand up for the right of every American to first-class citizenship, which includes the right to vote without undue restriction.”

Legendary columnist Jerry Izenberg weighed in as well, calling on Manfred to truly allow baseball to live up to its status as “America’s Game.”

“How a sport that calls itself “America’s Game” cannot act in anger against a state passing piece of legislation aimed at killing the votes of 51% of its biggest city’s population, which happens to be African-American, and 30% of the entire state’s Black population is positively chilling.

It is time for Major League Baseball to prove it belongs in the 21st century.”