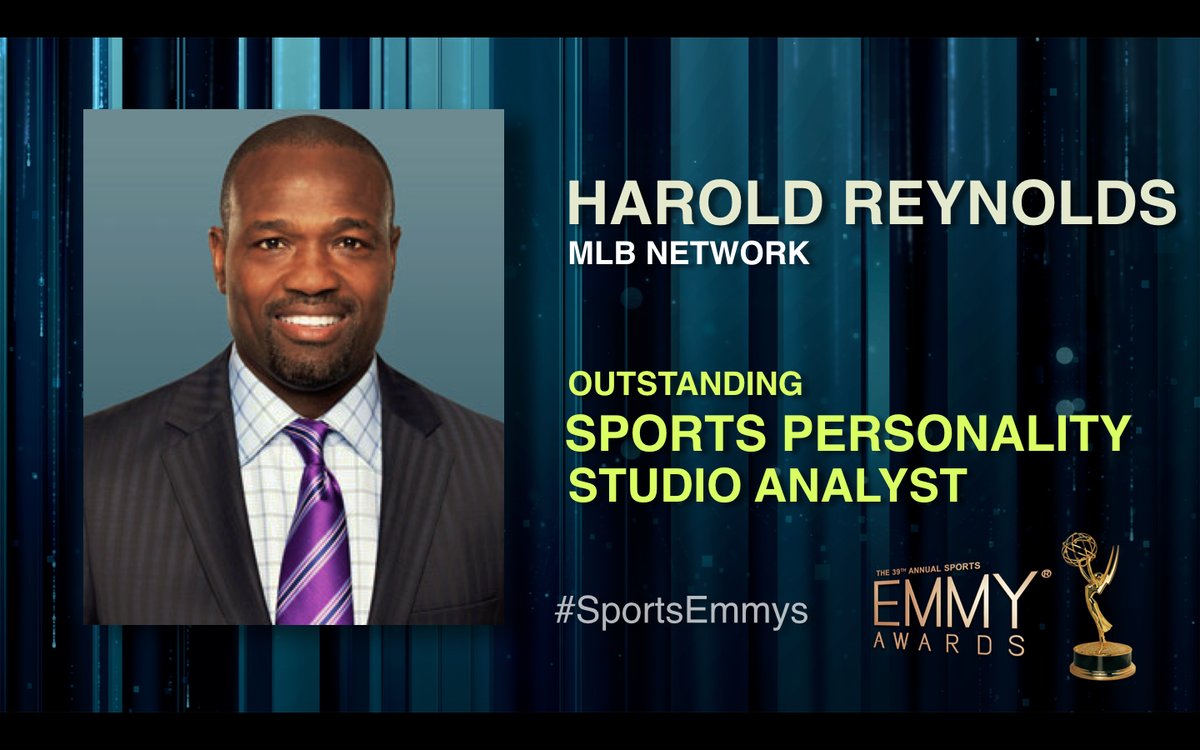 He’s one of those guys you’d enjoy hanging with at a bar; kicking back and just talking shop for hours.  Not pretentious at all, Reynolds was the youngest of three brothers in his family who played professional baseball. His brother Don had a couple seasons in the big leagues with the Padres and sibling, Larry played a half dozen seasons of minor league ball.

They grew up in the college town of Corvallis, Oregon right near Oregon State’s campus.  Harold was able to earn his stripes in the ‘backyard’ as he calls it by being around the older guys and sometimes that meant fetching sodas for the older fellas just so that he could stick around; hoping to see action in a later pick-up game.

The former second baseman, All-Star and Gold Glove winner, best known for his time with the Seattle Mariners, cares deeply about the national pastime and its future.

His broadcast journey to becoming one of the most respected analysts in baseball began at ESPN 22 years ago where he made his mark as an energetic and insightful studio voice. Reynolds later did similar work for SNY in New York and at Turner nationally, during the network’s coverage of both regular season and post season games.

Harold is an MLBN original, having joined the group when it launched in 2009.

Concurrently, while maintaining his prominence with MLBN, Reynolds did pre and post game shows for Fox beginning in 2012 and was later promoted to an in-game analyst when Tim McCarver retired.

As the baseball season sets its sights on the postseason, I had a chance to catch up with him and talk about many facets of the game, his career and what he’d like to see improved in baseball.

Coming from a non-baseball hotbed in Oregon, you were a sixth round draft pick out of high school in 1979. But you decided not to sign with the San Diego Padres.  That’s pretty unusual for a high draft pick of that caliber not to sign.  What was your thinking?

If they offered today’s money, I’m signing early without any hesitation.  Back then, the signing bonuses weren’t what they are today. I actually wanted to go to USC and play for Rod Dedeaux.  But he never recruited me because I was up in the Northwest, Yet, funny, after my high selection in the amateur draft, I got a ton of college offers. Many of the guys I imitated and emulated went to college, so I did too. I enrolled in community college; Canada College in Redwood City, California, before beginning my pro career in 1981.

You were a three sport athlete (football, basketball and baseball) in high school.  Lots of athletes are told go play multiple sports but we don’t see it as much anymore.  Does this concern you?

Absolutely, it does.  Although today’s athletes are bigger, stronger and faster I think they’re missing some intangibles that come from other sports.

From football for example if I was picking up a punt and the ball bounced everywhere, I’m getting into an athletic position to field the punt.  I know it helped me become a better infielder. Catching passes over my shoulder in football helped me catch balls going into the outfield.

In basketball, I grew up watching ‘Pistol Pete’ Maravich do all kinds of things with the ball.  In baseball on plays up the middle, I flipped it behind my back to the shortstop covering second base. The skill certainly came from basketball. In football, I had film work. Now, I study footage to become a better TV baseball analyst.

Did you have tough coaches?

In the big leagues I played for Dick Williams and everyone knows how tough he was.  My HS football coach pulled my facemask screaming, “That’s not the play I called Reynolds!”  So when I got Dick Williams saying in his gravelly gruff voice, “You better know the situation,” I was prepared.

You had an interesting big league start in 1983. It was when some stars of the 70s were at the end of their careers and when the next wave of stars were launching theirs. You played with two, Ken Griffey Jr. and Randy Johnson.  What was it like?

I always tell people I think that was the greatest time in baseball history.  At an all-star game I’m standing across the line from Mike Schmidt.  I played against guys like George Brett.  When I go to Cooperstown now as a broadcaster and they introduce the yearly classes, I sit there and say wow I played against Rod Carew, hit against Nolan Ryan and so many other greats.  There are about 50 or so Hall of Famers who show up annually in Cooperstown that I played against.

On that note, do guys like Clemens and Bonds belong in the Hall?

Tough question. I never took a drug, a greenie and I played 160 games a year. Having played when I did, it’s easy to recognize the advantage of steroids. To discourage its use, I think all rookies should visit Cooperstown to appreciate their long-term goal and to play the game cleanly.

Who were some of your early influences on you broadcasting career?

Early on at ESPN, a coordinating producer named Jeff Snyder had a huge influence teaching me broadcast foundations. He’d sit with me night after night and sometimes he’d say, “Tonight you were 0-3, you had 3 comments and you took too long on all of them to get to your point.”

Chris Berman was the other. I was terrible on my first show. So before the second show, Berman says to me, “From now on it’s just me, you and the boys in the bar, talking baseball.”  You can’t imagine what that did for me.

Clearly, you’re passionate about teaching the fine aspects of the game. What makes you such an effective teacher?

Not being too technical. Simplicity is the key. I don’t need to prove how smart I am.

You’ve been in the studio and in the booth calling games.  Do you have a preference?

I like both.  In the studio you can control your environment.  I’m truly talking about thirty teams a night so I can quickly pick a situation in any given game and talk about it.  At MLB Network we’ve taken it to a whole new level.  Tony Petitti, former president of the MLB Network remarked, “At the end of the day, I’ve got guys who can talk baseball.” It remains true to this day. Yes, I enjoyed doing games but with so many in-game ad spots and promos, it’s tough to get your points across in the booth. It can be frustrating.

When you were at Fox, you were in the booth with Joe Buck but eventually were replaced by Hall of Fame pitcher John Smoltz.  How tough was it?

I’d be lying if I said I didn’t want to stay. Heck, I argued that it should be Smoltz and me but they wanted a two man booth.  I was able to do the World Series for two years.  That was never on my radar initially, so how great was that!

MLB Commissioner Rob Manfred says the league has to market itself better and specifically called out perhaps the game’s best player Mike Trout.  You played, you are now with MLB’s flagship network.  What has to change?

We have to engage our communities to get baseball back to the local league level.  Travel ball has to dismantle. For every family that can afford it, there are ten that can’t. Baseball can’t afford to lose athletes. The game has to get the best athletes and make it affordable at the local level.

Today’s players, the Trout’s, Altuves’s, Baez, Ramirez’s, Judge and the like; there seems to be an influx of younger generational talent.  Your thoughts on baseball’s current crop of talent?

We do have the cream of the crop at the top of the game. Today’s best could have played in any generation; they’re that good.  The difference today is the bottom of the roster.  They’re ill prepared, not having spent sufficient time in the minors.  Today, these players need cue cards to know where to stand. Minor nuances of the game are missing and it hurts.

Who’s winning it all this year?