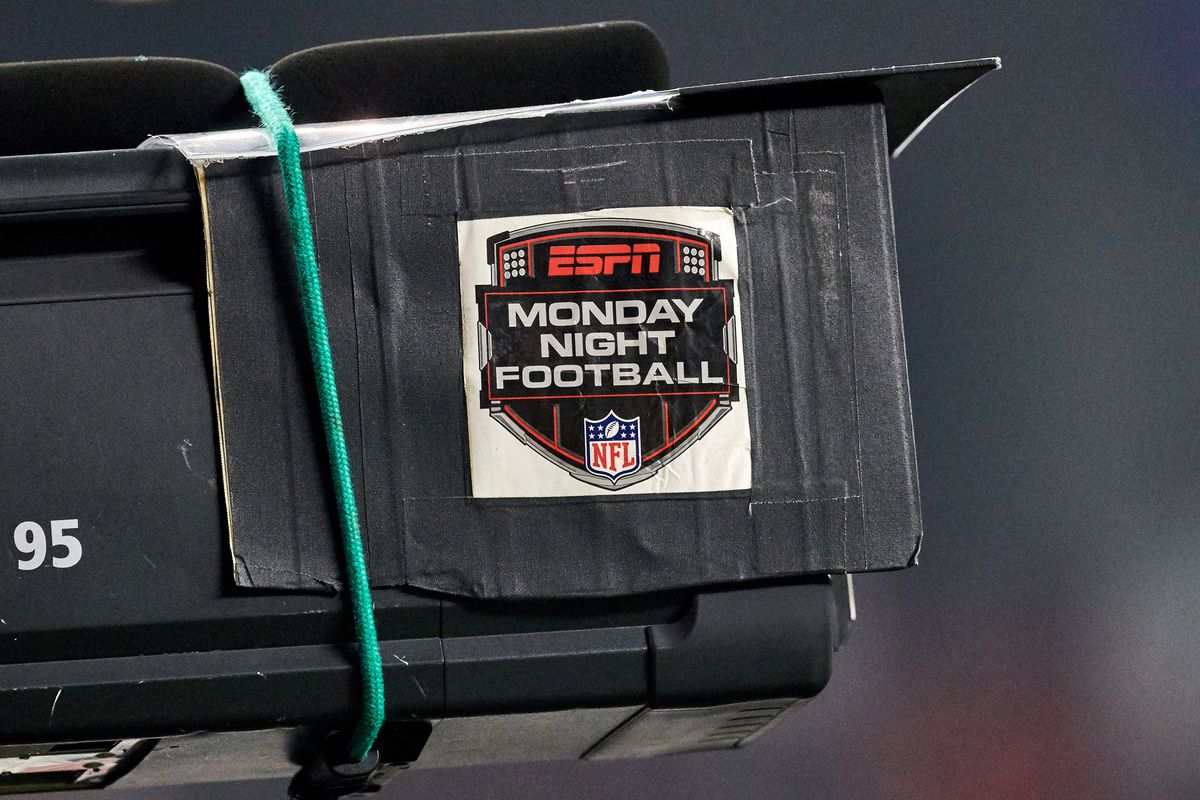 Changes again at ESPN. Network preparing for its 15th MNF season carrying the historic series which began on ABC in 1970

So here we go again.

ESPN has announced that it is making changes in the Monday Night Football booth.

The network had an interest in landing Tony Romo or Peyton Manning as its MNF analyst. But the ex-Dallas quarterback signed an extension with CBS and Manning, who has an existing relationship with ESPN, didn’t want to commit to a weekly in-game gig.

ESPN also explored the possibility of extricating Al Michaels from his NBC contract and signing him as its play-by-play voice. But it didn’t eventuate. Now ESPN is expected to identify two current staff members to replace play-by-player Joe Tessitore and analyst Booger McFarland.

All indications are that Lisa Salters will be back on the sidelines for a ninth season and that John Parry will return in his role as rules analyst for a second year.

In the 15 seasons that ESPN has had the Monday package which includes the one scheduled this fall, the longest that any one broadcast team has remained untouched is four years. Mike Tirico and Jon Gruden were a duo from 2012-15.

ABC had Mondays from 1970 to 2005. In those 36 years, by my count, the longest consecutive stretch of the same announcers in the booth was 11 seasons. Al Michaels, Frank Gifford and Dan Dierdorf shared the ABC booth from 1987-1997.

If you’re wondering, the famed crew of Frank Gifford, Howard Cosell and Don Meredith was together for ten seasons, from 1971-73 and 1977-83. Meredith left for NBC for three seasons where he worked with Curt Gowdy. The longest two-man only booth at ABC was 2002-05, the four seasons when Al Michaels and John Madden partnered rather famously.

Numbers, you ask? ABC, in 36 years, had 3 play-by-players and 12 commentators. ESPN in 15 seasons (assuming a two man booth this season) will have 4 play-by-play voices and 7 analysts.

Whoever is assigned to the broadcasts will have to wonder about potential longevity. Disney, albeit weakened financially by Covid-19 because of the closure of its theme parks, will throw everything at the NFL to get a bigger slice of rights. They’ll chase Comcast’s NFL Sunday night games, Fox’ Thursday’s contests and rotating Super Bowl rights. It can even move the Monday night cablecasts to ABC. The ESPN contract ends after 2021-22 season.

Should Disney own a thicker piece of the deal, it will take another stab at Michaels or other NFL seasoned broadcasters. Al’s NBC deal ends after the 2022 Super Bowl.

This guy has got the goods and is already on board at ESPN doing football, hoops and some baseball. He’s assertive and not afraid to voice an opinion. A Stanford alum, his call is crisp and interesting. Dave does a good job engaging his partners too. Flemming would grow into the lofty job well.

A studio man, he’s been working on developing his play-by-play under the bright ESPN lights. Call it training on the job. This said he’s getting better and more comfortable. Unlike his predecessor on college football, Brent Musburger, Fowler lets his analyst, Kirk Herbstreit, take command and jump all over him. Not good. NFL? What makes Fowler an expert to put him in the hallowed MNF chair? If he gets the gig, God bless him. He won’t embarrass himself. But ESPN can do much better.

Steve’s arguably the most versatile of broadcasters on the ESPN staff. Beyond his versatility as a play-by-play announcer, Levy brings a quality tough to find in today’s commoditized world of sportscasting. He has a big smile, a distinct sound, an easy-going warmth and an ability to jump from one sport to the next and do so expertly. That cheerful smile also lights up his work in the studio.

Steve has done hockey and college football. Last fall, he got his dream opportunity to do an NFL game when ESPN aired an opening night doubleheader. Levy, I would think, is the likely choice.

Networks rarely admit mistakes. Sean should never have been pulled off the Monday night gig a couple seasons ago. Top to bottom, he’s the best play-by-player in the ESPN stable. This is not happening but it should.

Another consummate pro, Pasch is very familiar with the NFL. He’s the radio voice of the Arizona Cardinals. Dave is silky smooth and somewhere on the top of ESPN’s depth chart of NBA, college football and college basketball broadcasters. He would be a safe bet.

Bob does Jets games on radio. He has a unique timbre and brings a flair to the broadcast without being overwhelming. He’s always done good work whether it is college football or teaming with Dick Vitale on basketball. Bob has the utmost of respect for Dickie V but is not hesitant to occasionally challenge him. The MNF play-by-play gig isn’t for some softie.

A likely choice, he’s worked college football with Levy and was his partner on the nightcap of last year’s opening doubleheader of MNF. Griese is sharp, has good chemistry with Levy and has good instincts. Naturally, he sees the game from a quarterback’s lens from his playing days at Michigan and 11 NFL seasons. His dad Bob was a network broadcaster too calling college football with Keith Jackson on ABC.

Spare the viewers. If he gets it, which he might, the list of questions begins. What does he know about the NFL? Why would ESPN want changes at the top of both its NFL and college football play-by-play/analyst teams? Who can tolerate this man’s longwinded speeches between plays and even through plays. Herbie makes Stephen A. Smith sound laconic.

Six time Pro Bowler, 14 season vet and a Hall of Famer, Moss has been glib on both ESPN’s Sunday and Monday Night Countdown programming. Moss worked for Fox for four seasons before joining ESPN in 2016. He’ll need some in-game reps to fashion his style.

Dan has been with the network for a couple seasons. He does analysis for the NFL and college football. I heard him work with Wischusen on a Miami-Florida State game and thought that his voice is thin and at times barely audible. Maybe he’s learning but he tried to explain a bubble without the aid of video. Good luck.

Smart man, Super Bowl champ, successful businessman and an excellent grasp on football. He’s part of ESPN’s shoulder programming, traveling to MNF venues most every week. It would be somewhat of an experiment to put him in the booth. Young teamed with Mike Greenberg and Mike Golic to call the San Diego Chargers-Oakland Raiders game as part of ESPN’s season-opening MNF doubleheader in 2009.

Joe Tessitore who presided over the play-by-play will likely be given a string of college football games. With Adam Amin headed to Fox, there will be some shuffling of talent in the college space. Booger McFarland who was the subject of unwarranted excessive criticism might end up as an NFL studio analyst.

Hey, let’s hope we have the problem of who’ll announce. First concern is the season, when, how and where? Keep your fingers crossed, your hands clean and stay safe!

It seems to me that the most entertaining crews were also entertaining. For example, during Meredith’s second run, Fran Tarkenton also did color and wasn’t that interesting; Meredith had lost interest but still could be funny, and Cosell was Cosell. Madden is unique and uniquely great. Gruden at least could be interesting, even if he annoyed a lot of critics. McDonough isn’t necessarily funny, but he doesn’t have to be, and would be great, as would Flemming. They need an analyst or, dare I say it, analysts who have fun.