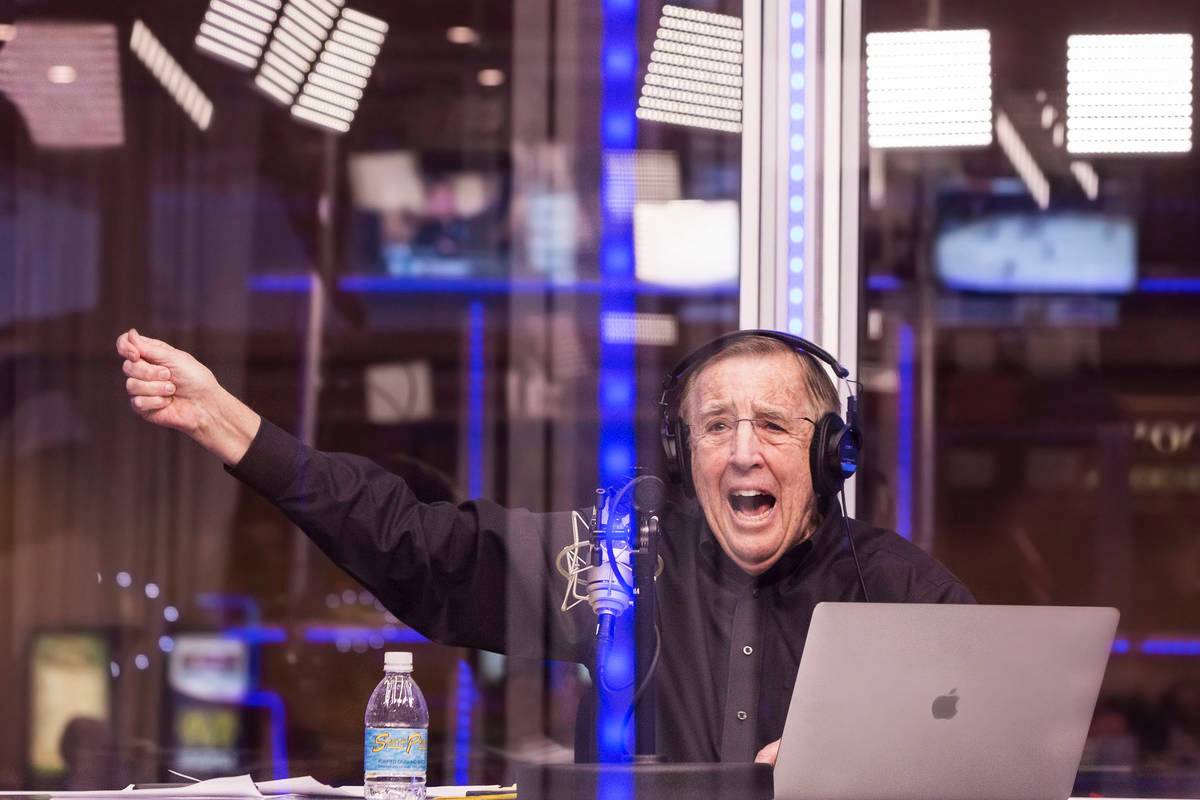 Brent Musburger is broadcasting the games of the Las Vegas Raiders on radio at age 82.

Brent Musburger – Rising from the Ashes: A complete career

When measuring the bodies of bounce-back voices, no one has outdistanced Brent Musburger, toppled twice and rebounded with resolve each time. Get this.

He ruled the roost at CBS from the mid 1970s through the 1980s, building CBS’ The NFL Today, doing play-by-play of six NBA Finals and six Final Fours. Brent was among the biggest sports broadcast names in the 80s.

Not rehired in 1990 by CBS Sports’ boss Neal Pilson, Brent, you can argue, lost sports broadcasting’s biggest job, one that also included the U.S. Open Tennis and the Masters. Brent is fearless and brash. And I’m not using brash in the pejorative. He just hasn’t yet met a challenge that’s either deterred him or which he’s failed to conquer.

Before you knew it in the 90s, he was doing college football for ABC. In 2006, ABC’s sports division came under the aegis of the Bristolites and Musburger grew his salience in the combined operation. When Brent was on the air, it was clear that he ran the show. Among other things. Musburger kept talkative Kirk Herbstreit under check.

In time, Brent was elevated to the Voice of the national title game. No one else has done the NCAA Basketball Final Four, Football’s national championship and the NBA Finals. And may I add, he broadcasts with an edge. Who’ll forget, “Now, when you’re a quarterback at Alabama — you see that lovely lady there — she does go to Auburn, I want to admit that. But she’s also Miss Alabama, and that’s A.J. McCarron’s girlfriend. … Wow, I’m telling you, you quarterbacks!” But stupidly it didn’t go over well.

ESPN didn’t renew Brent’s contract in 2014 which for many at the age of 75 would have been the end of the line. No public reason was given for the non-renewal.

Brent’s smart. He and members of the Musburger family anticipated an onslaught of gambling once the courts approved changes in the law. The Musburgers formed VSiN a wagering TV platform where Brent hosts  streamed gambling programming. I’m sure it took a few bucks and investors to launch.

How did it work out? Not a bad bet for the Musburger family. They sold the company after just a few years  for a reported $100 million.

Say what you’d like. Brent, and I’ve always liked him because of his edginess, is still impassioned. He still does Raiders football on radio and when they won in OT to advance to the playoffs last weekend, you’d think he met another Katherine Webb.

Recognizing ESPN’s top-ten early personalities when the Bristol telecasters emerged from their unknown seeds on September 7, 1979: 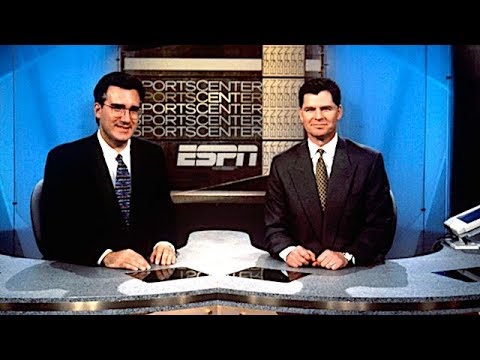 Joe Tessatore, Mr. Drama, has the same life and death intonation, Whether it’s the third play of a meaningless game or a critical play late, Joe’s well prepared. But your voice has to vary. It’s just too much already. His call lacks a melodic beat. When he did the NFL, he was exposed. He needs to be more rhythmic and less hollow. Scale it down a bit please. He does share some good stories that keep me listening from time to time. A man with talent, but he has to fine-tune it and temper the drama.

Bob Socci, 55, is the play-by-play announcer for the New England Patriots Radio broadcasts. He put his time in, working for a good chunk of years at Navy where he called both football and basketball. (Did Belichick have anything to do with his hiring? Navy?)  His on-air Pats’ partner is Scott Zolak, a former NFL quarterback. Zolak also does general sports talk on Boston radio.

Scott shows little respect for Socci, talking over him as though he owned both mics, his and Socci’s. It’s what you call little respect.

So when I turned it on in the fourth quarter, the Pats trailed the Fins last Sunday by 17. Zolak and Socci bitched and moaned, suggesting that the Pats leave the field right then and there and go home. They essentially gave up.  You owe your listeners better. A play here and there that followed, could have won the game for the Pats.

The Baltimore Orioles are back on their old-time home, the one that for years made the station somewhat famous. Remember Chuck Thompson and Bill O’Donnell, later fellows like Jon Miller and Joe Angel. Talented voices indeed. The O’s are changing flagship radio stations for the upcoming 2022 MLB season with games to be carried on Hearst “98 Rock” WIYY-FM and News/Talk WBAL. The AM, WBAL, is a powerful signal, up and down the Atlantic coast.

Roy Firestone seems to be back in business which is wonderful. The talented interviewer of the 1980s does programs now on FaceTime. A very special talent.

Craig Bolerjack, the Utah Jazz telecaster and former CBS TV sports announcer occasionally teams with Ron Boone, a humble man who doesn’t talk very much. He talks economically. Boone gets more air-space than he did with Hot Rod Hundley. Ron was reduced to more of a sidekick than an analyst with Hot Rod. On TV, Boone limits his comments.

The continuing worst analysts on radio are Golden State’s Jim Barnett and Boston’s Cedrick Maxwell. Don’t get me wrong. Both are insightful but they just don’t shut up. Shush already! They ramble at the expense of the basics, score and time remaining.

When Lewis Schaffel ran the Miami Heat in the 90s, he believed in a one-man radio format. Lewis was right! When radio analysts talk about blitzing the pick ‘n roll or taking shots from the right elbow, do they really believe fans can always follow it? As the great Marty Glickman said, nothing should come before time of game and the score.

I definitely need to check out what Roy Firestone is up to.

The interesting thing to me about Musburger is how he always loved baseball and never really got to do it. When CBS pulled the trigger in 1990, he was about to do the games; before that, he’d done the CBS Radio post-season stuff. I also read that when CBS got baseball, he had the contractual right to do the games and offered to step aside if they wanted to get Vin, and they said no. What if?