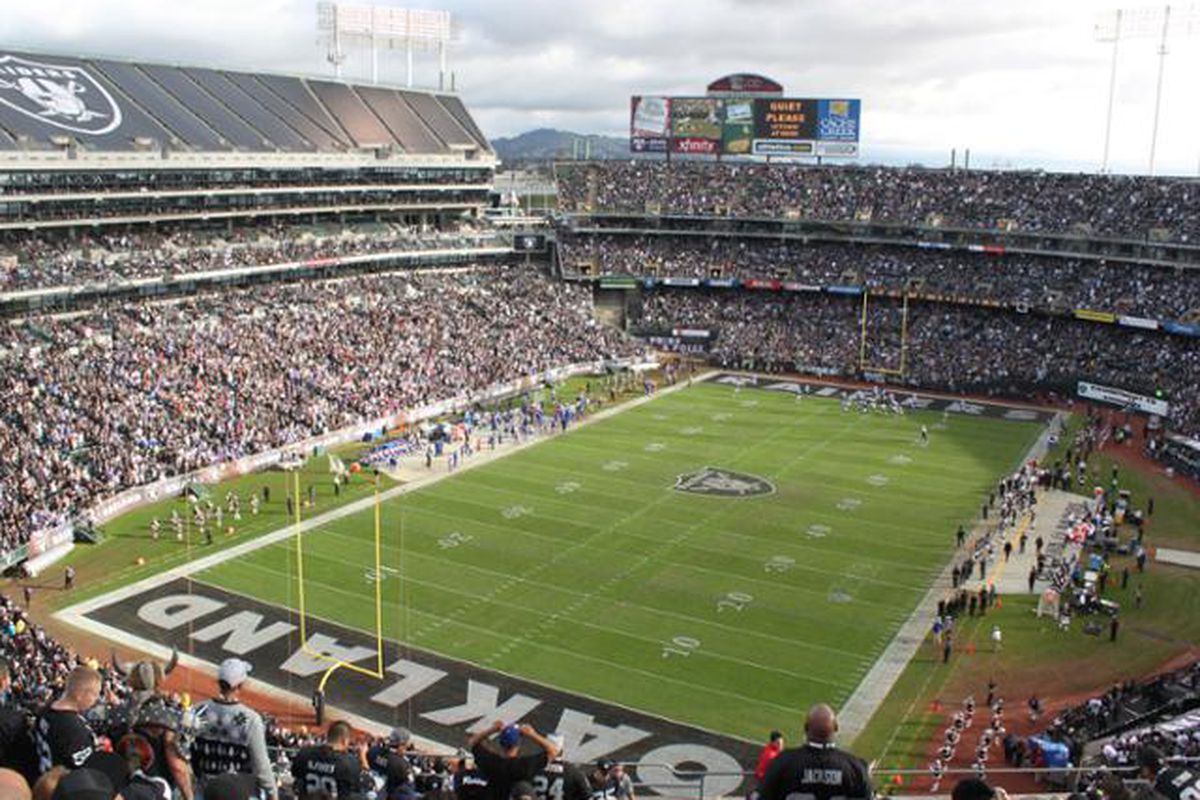 Not unexpectedly, Oakland Raiders’ fans took to Twitter last night and this morning, critical of Brent Musburger. They carped about his lack of description and his call being more suited for television. There was one particularly trenchant complaint. It strongly suggested that Brent and color commentator, Lincoln Kennedy need more work than the football team. Yikes!

Another incensed listener bellowed that Brent almost put him to sleep while driving his vehicle. Say what you would like about him but Brent has never been accused of presiding over a soporific. He has an opinion on every driver on the road.

Remember, Musburger replaced one of the best in Greg Papa. The bar for Raiders radio was set by the beloved Bill King. Greg won over Raider Nation too and felt the love of the fans. 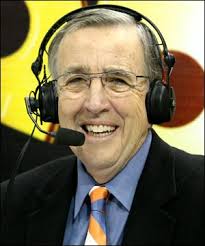 So suddenly, at least in the short term, Ted Robinson, a solid career play-by-play announcer who calls games across the bay for the Niners, sounds like a superstar by comparison. For now, Bay Area fans look past the fact that Ted’s indistinct, a gun for hire, strident and lacks personality. Since the Musburger announcement, there are those clamoring for Greg Papa to get the Niners gig. Might not be a bad move.

Take the emotion away for a moment. Brent is 79 and to my recollection has never done NFL radio play-by-play. As such, for a first timer, essentially a radio NFL rookie who turns 80 next May, Brent wasn’t all that bad.

Life is about expectations. Musburger is a personality not a graphic radio artist. It’s not his training and at this point of his life, not his strength. You almost have to catalog your Brent expectations with former players who stepped into the radio booth to call games for the first time. Those with basically no experience.

Think Jimmy Cefalo in Miami, Dave Logan in Denver, Steve Raible in Seattle and now Zach Strief in New Orleans. These guys bring different strengths. They’ll never be Greg Papa, Merrill Reese or Gene Deckerhoff. Those three, for instance, and many others began their radio play-by-play training at a young age. They developed the necessary discipline then.

As such, you can understand why Brent’s radio call last night lacked rhythm. The good radio play-by-play announcers are skilled at lifting and tempering their voices depending upon the intensity of the occasion on the field . Their intonations tell half the story on any given play. Every sentence has a subject and a verb; from setting up the formation at the line of scrimmage to delivering the play’s punchline. Voice cadence and graphic play portrayal of the good NFL radio broadcasters work in lockstep like hits and tackles; gain or no gain, tremendous catch or numbing interception, spectacular or unspectacular.

Musburger has little experience with such things. What will he do when he’s placed in stadiums where radio is relegated to the corner of the field? He won’t see a bloody thing. Then what?

Brent is a blessed and gifted television studio host who’s not afraid to mix in opinion into his role of moderator. I got to like him as a television play-by-play announcer too, especially in this day of the commoditized TV play-by-player where so many of them sound alike. On television, he captioned what viewers could see, doing so with judgments that you might agree with or not.

The Naismith Hall of Fame is long overdue in giving him the Gowdy Media Award. He did six Final Fours on network television as well as six NBA Finals. Just as it’s shockingly unfair that Howard Cosell has not gotten his due from the Pro Football Hall of Fame by being bestowed with the Rozelle Media Award; even now posthumously. He was only the face of the NFL’s greatest show on television, one that strengthened the league to a point where it’s indestructible. Remember Monday Night Football when it was appointment viewing?

On radio last night, Musburger narrated, opined and sprinkled some descriptions. If you’re expecting Greg Papa, you’ll be disappointed. But with Brent you’ll never be bored. Then again if you would rather have Bob Papa, the Giants’ voice, God bless you. He paints a nice picture but lacks entertainment or non-scripted enthusiasm.

The Raiders are taking a longer-range view and rightfully so.

What fans are missing is the bigger picture. The team is moving to Las Vegas where Brent now lives. He’s been a national personality for decades. Now he’s a walking local legend in Sin City. His name, promotional value and credentials are an indispensably perfect fit for a team headed to a city of glitz. Raiders’ management valued this asset ahead of his potential inexperience on radio and his shortcomings therein. He will never measure up to Greg Papa’s brilliant call and he’s not about to learn the art and skill of radio at this point of his life. Accept it.

Still, he’s vibrantly voiced and listeners’ ears perk up when he talks – especially in Vegas where the Raiders head next. See earlier story

Brent leads his analyst Lincoln Kennedy into the fabric of the broadcast nicely-but not nearly enough. Going forward, he needs to give Kennedy more runway. Often, Brent uses too much time between plays to share his own thoughts.

More importantly, he has to work much better on the basics of ‘down and distance’- and setting up the particulars of the next play. The great ones also regularly give the score after plays, the team that has the ball, the down they face and the yard line at which the ball is placed. Musburger’s spotter should keep an egg-timer on the counter in his broadcast booth and Brent should use it religiously.

He’ll never be Marty Glickman but Musburger will make his mark. He always has.

Brent’s celebrity status could be used in other ways by the Raiders. I don’t think fans are enamoured that this former monster anchor is doing the call. They would rather have someone whose play-by-play delivers in pace and accuracy. I caught just a bit of one of his broadcasts and he does leave gaps when describing the action. No doubt Musberger is one of the all-time greats, just not in radio play-by-play.