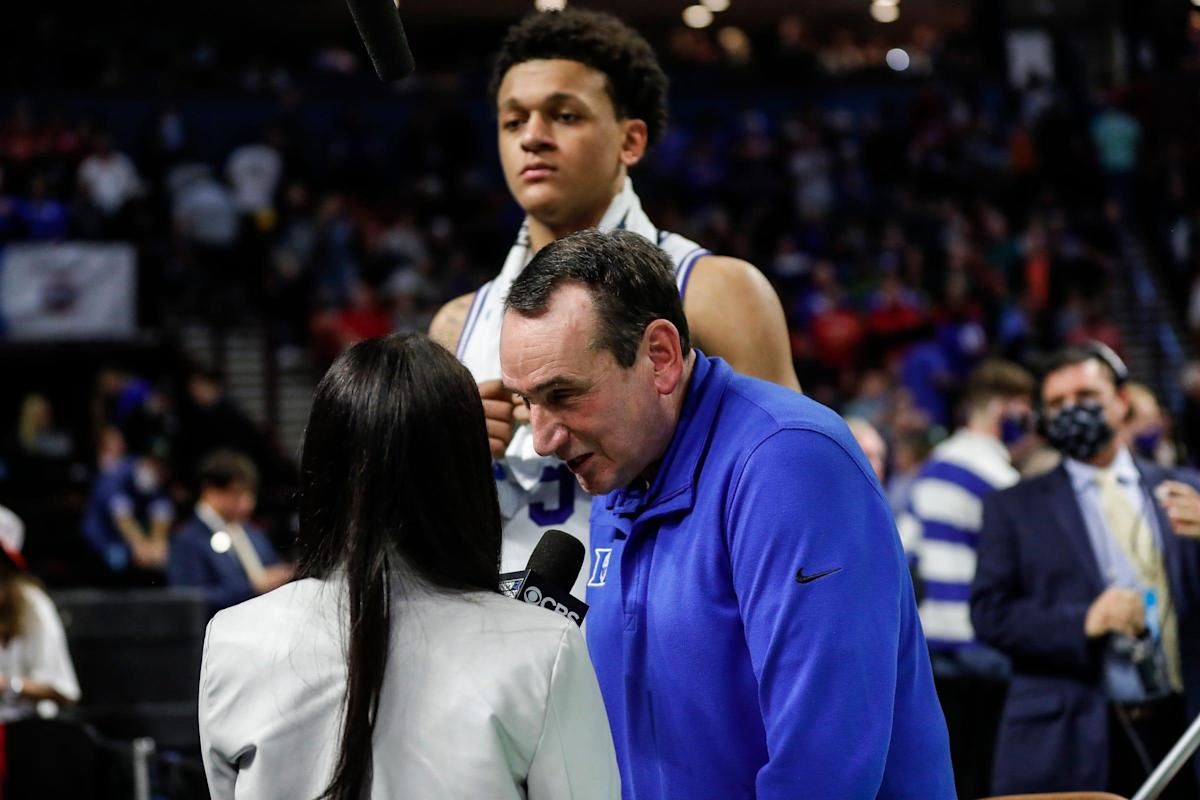 First – A Fox spokesperson responded to a question about announcer spots still open, NFL top analyst and top MLB play-by-play voice – “As you know, we haven’t made any official announcements yet as it relates to our broadcast teams, so we aren’t commenting until we do so. Also, we don’t comment on speculation about announcers from other networks,” Andrew Fegyveresi said. So the announcer game isn’t quite over yet.

They all come together for one big party, the Final Four. You might say that if there’s a place to celebrate a national championship when there aren’t widespread health restrictions, it’s New Orleans. One partyer will be Bill Raftery. He knows the world, especially those in basketball neighborhoods. In the day, you knew you can find Raf where TV and radio announcers, producers and directors, writers and coaches hang-out. He brings a wide smile to all.

This weekend, fans and broadcasters will mingle in the lively streets of the Crescent City. The announcers will be calling the biggest games of the season. Curt Gowdy labeled Saturday’s semi-final doubleheader, “the biggest bargain in sports, the four top teams in the same sport on the same floor for one price of admission!” It wasn’t until 1969 for the NCAA Finals to get on a national network contract. The 60s and early 70s were Curt’s most popular. Through the 54 years that the tourney has been televised by a legacy network, Curt was followed by Dick Enberg, Brent Musburger and for that last 31 Final Fours, Jim Nantz. They were giant names who did praise-worthy work.

It was NBC and NCAA Executive Director Walter Byers who brought the company and the country early thrills. Interest in March Madness swelled from there.

Let’s look at the broadcasters who’ll hold our hands through the weekend, the Saturday semifinal doubleheader and the Monday night night title game.

At this point he’s as interchangeable with the NCAA Tournament as Billy Packer was all those golden years. He replaced Brent Musburger with confidence in 1990, doing so enthusiastically. Jim makes a tough job look easy. He has to keep his two partners, Bill Raftery and Grant Hill on topic, distribute enough air space to each and do what he does so well, share a human interest anecdote. There’s more, another important ingredient, let the game breathe. In other words don’t overdo it. Still, Nantz is not afraid to empty his emotions when required. One thing for sure, if it’s April Jim winds up in Augusta for the Masters.

The man still has that distinct package. His audience invariably laughs at his one-liners and appreciates his simple explanations of the fundamentals. His one-liners are memorable. “Duke is close to going to San Francisco but doesn’t want to leave its heart there.” Or if a team hardly flies first class. “They’re on more busses than Ralph Kramden (from Jackie Gleason series).” Little nuance I’ve noticed. When Bill works with a trio he doesn’t end a comment or an opinion for Jim or Hill. He opens it up more, inviting way for Grant . (Raftery, Hill and Nantz, l-r)

Grant has gotten much more vigorous on-air during the last few Final Fours. The former Duke star has become more confident and vastly better at identifying nuances that are influencing the game. He does so simply and in an unprotracted and humble manner.  Credit Nantz for fashioning an intermingling, three way, insouciant conversation that’s pleasing to all-ears. The three at the table are all team players. Yes, in the past, Grant has deferred to Raf and Jim. He’s now gathered his strength and is more prevalent.

She’s warm and her questions are right to point. She follows the game assiduously and suggests tidbits to the truck and the producer. Whether she’s on-air, from the field, on-camera or not, she contributes information of material. When necessary, the petite reporter, will bully her way through broad shouldered fans or pesky reporters to reach her subject. No one gets in Wolfson’s way.

He’s been around college hoops for many years, he’s very smooth talking, well schooled and generally well prepared. One of the better moves that CBS made is taking Kellogg off the play-by-play team. He’s better suited in the studio. Clark looks  approachable, delivers warmly and works well with whomever he’s partnered in the studio. As an in-game analyst on the floor, he couldn’t economize his commentary. In the studio, he’s good at putting things in perspective after a large swath of the game. He doesn’t come from the Raftery experience who patrolled the sidelines and had to make instant decisions as a coach.

I was happy to see how seamlessly he worked with TNT’s Charles Barkley and Kenny Smith, generally NBA guys. They got one another to laugh. Greg has a very soft and pleasing tone. He won’t give viewers headaches. His commentary is straight down the middle.

“A tradition unlike any other

“Once and for all for Sergio”

“We got a nickel and dimer here”

“There’s a little lingerie on the deck”

Kevin Harlan is one of the most  charismatic play-by-play broadcasters in America. He’s done more Super Bowls on national radio than anyone. He’s a bit iconoclastic and calibrates a voice that can roar without screeching.

Dan Bonner will never get in anyone’s way. He’s a familiar and comfortable voice. That’s about it.

Miller works nicely with Kevin Harlan on NBA games and carries that quality when they partner together.

“Welcome to your Kodak moment”   “Right between the eyes”

Ian Eagle has been a staple of New York sports broadcasting. In the past he did the Jets on radio and when time permits, the Brooklyn Nets on cable. Eagle is quick on his feet and like his mentor Marv Albert has a warped sense of humor.

Spanarkel is excellent, a meat and potatoes teacher who doesn’t overwhelm viewers. He’s from New Jersey and was galvanized  like many others were, by Saint Peter’s energetic run to the Elite Eight. His path to broadcasting is quite unique, going from a basketball player for the Philadelphia 76ers, to a financial planner and analyst.  For his day job, Jim is an executive and financial analyst for Merrill Lynch.

“You can always say Bob’s your uncle on that one.”

Brian Anderson is a network television, baseball and basketball play-by-player for Turner and locally in Milwaukee for the Brewers. He does the tourney through the Elite Eight. With the retirement of Marv Albert, there’s talk that he’ll win the number one NBA job. Brian and his dulcet tone retain an even-keeled presentation. He’s neutral, never cocky or scratchy.  He reminds me of Al Michaels. Anderson works along color commentator Jim Jackson quite well, making them a good tandem.

Jim Jackson is another former player who entered the broadcast booth after  playing collegiate basketball at Ohio State and for 12 teams over 14 NBA seasons. When he’s on his game, he’s as good as they come. You’ll hear him on CBS, Turner and Fox,

“The thrill of a no-hitter!”

“The bells ring at Miller Park”