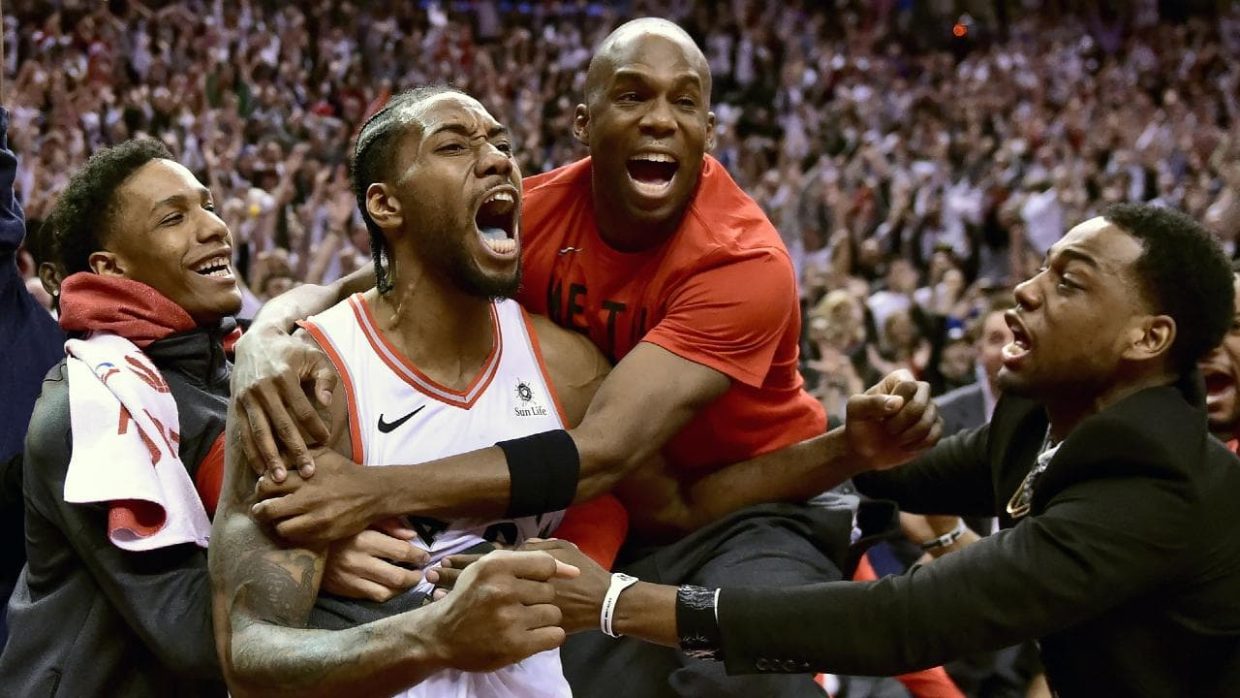 Down to four and four in the chase for the NBA title and Stanley Cup championship.

A full composite schedule that lists the NHL and NBA broadcasts day-by-day through the conference playoffs is conveniently posted below.

Greg Anthony did last night’s game-seven thriller between Toronto and Philly. He kept calling Kevin Harlan, “partner.” Got a little annoying after a while. Last time, I looked, “partner” has a name. Anthony also failed to work in sync with the TNT camera, focused for a moment on the Philly huddle and JJ Redick. At the time, there were 24 seconds to go and it was Sixers  ball, down three. JJ Redick was four of eight from three point range. Anthony said nothing, other than pontificating about a two point shot. To my recollection, Greg mentioned nothing either about Toronto fouling.

For my money, Anthony talks way too much and his stats are bad. About one of every seven things he says has any meat to it. So be it.

Meanwhile, Kevin Harlan who can make reading the telephone book interesting did a stirring job on the Kawhi Leonard game-winner at the buzzer last night. He emoted for a moment then shut up. What more was there to say after the NBA world saw the ball hop on the rim four times before it toppled through. He let TNT’s pictures of the celebrants tell the rest.

Surprised that TNT which usually has good taste choosing its talent is using Kristen Ledlow as the sideline reporter for the conference finals. She talk way too fast and does not economize her words. Why not Allie LaForce? As the great Marty Glickman would say, “And so it is”

The dean of NBA play-by-play, Marv Albert, 56 glorious years into calling pro basketball, will preside over the Toronto-Milwaukee series. Reggie Miller will be a third man in the booth with Marv and Chris Webber. Harlan, 58, is done for the NBA season but will be back in business in August when he calls Green Bay Packers exhibition games.

Mike Emrick proves that it’s possible to be considered the best NHL TV announcer ever even though he breaks a basic tenet of television. Mike does radio on TV. When I asked him about it last year, he said it’s the way he’s always done it. If Ray Scott can excel as the ultimate minimalist, Emrick, 72, can be the best painting those gorgeous word-pictures on television. Kenny Albert on the other hand, backs off a bit on his TV call. Kenny also does Rangers radio, so he often has to adjust jumping between TV and radio.

Emrick, who turns 73 in August, has tons of interest, pets and horses being two. He can write his own ticket but won’t hang around forever.

NBC seems to be mixing things up again in the studio.  Kathryn Tappen, who’s a comfortable listen and is knowledgeable  about the game  works tonight with Jeremy Roenick and slick  Keith Jones.

NBC Radio gets in the act too. Each series is being called by a trio of announcers. Why three?  Don’t know. Again, as Marty said, “And so it is.”

As long as Barry Melrose and Steve Levy are on ESPN, viewers have a choice. Levy’s love of hockey is obvious and Barry’s wit and insights are entertaining and instructional.

DAY BY DAY COMPOSITE TV SCHEDULE IS BELOW

Both ESPN and NBC have released ratings that show increased viewership.

Last week, NBC issued numbers that reflected nicely. they indicated that for the entire 2019 Stanley Cup Playoffs, NBC Sports is averaging a Total Audience Delivery (TAD) of 1.073 million viewers across NBC, NBCSN, CNBC, USA Network, NBCSports.com and the NBC Sports app. As such, according to NBC, this is the most-watched Stanley Cup playoffs on record through two rounds.

As for the NBA, ESPN, referencing Nielsen ratings, says that the 2019 conference semifinals were ESPN and ABC’s highest-rated NBA second-round playoffs since 2012.  Metered market ratings for ESPN and ABC’s game coverage were up 20% compared to 2018 and up 24% to 2017. The platforms averaged a 4.2 metered market rating across 11 game telecasts, up from a 3.5 rating from last season and a 3.4 from 2017. LeBron who? Interestingly too, something that bodes well for the networks and the NBA, the increased ratings are being produced despite no team representation in the nation’s top three markets, New York, Los Angeles and Chicago.