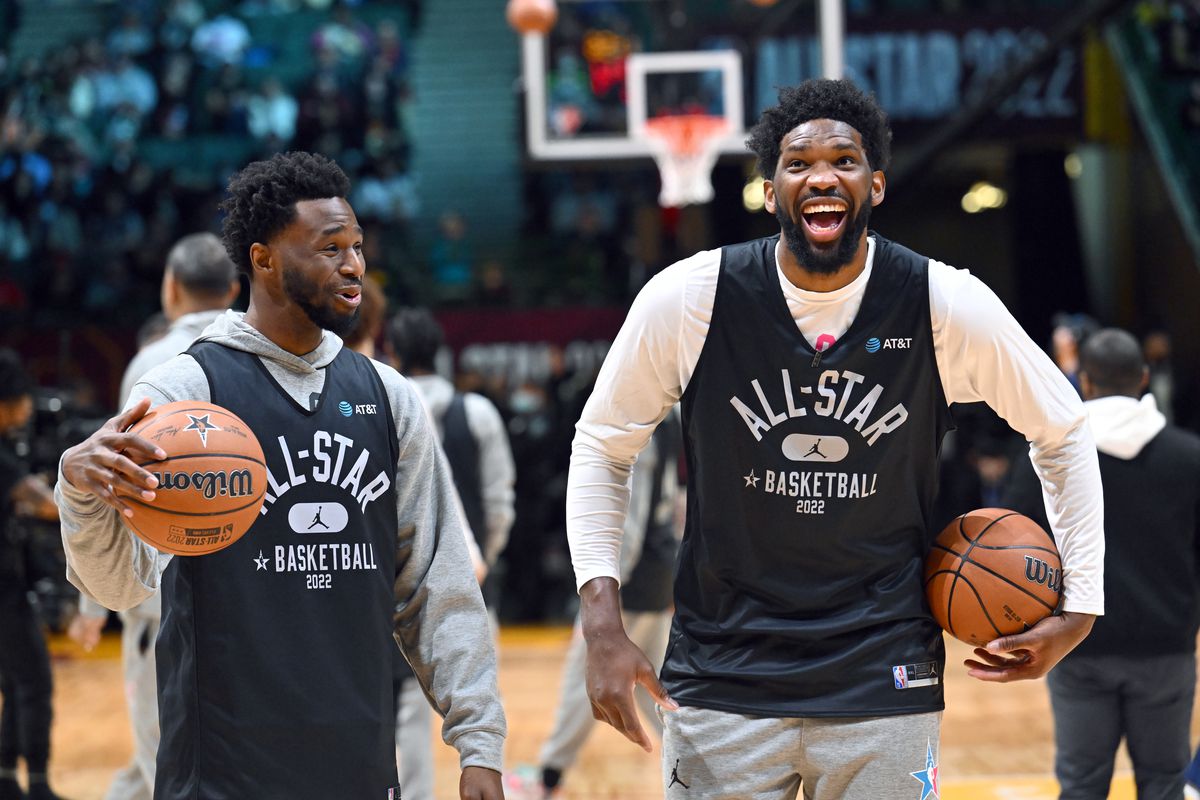 After a barrage of threes from the scattering of starters who begin the first quarter, Shaquille O’Neal grabbed some chicken tenders from a producer and jokingly asked his partner Charles Barkley if he wanted some. The Inside the NBA Crew then proceeded to pass around the container of chicken tenders to each of the members as the action continued on the floor. A rather unusual start to an NBA telecast. Leave it to Chuck and Shaq.

While interviewing Warriors’ power forward Draymond Green, Kenny Smith made a point of asking him about his opinion of last night’s slam dunk contest, where the consensus of opinion was that it was not must-see TV.  Shaquille O’Neal and Draymond Green came to an agreement that there were far too many missed dunks and that these misses should count against the participants, rather than simply giving them more attempts. This sparked a trigger in Charles Barkley to interject and say that this year’s dunk contest was the worst in the competition’s history, putting a damper on the Saturday night festivities.

Going for the MVP

In a sideline interview with Warriors’ point guard Stephen Curry, the Inside the NBA crew asked when it was time to turn on the jets and go for the MVP trophy. The 2-time MVP and 3-time NBA Champion responded by saying that he is going to start going full throttle once he gets subbed back in. Curry did in fact make his presence felt after checking in hitting many deep three-pointers  including one from near half-court as the crowd awed in his impressive shooting ability.

As a courtside correspondent, Draymond Green along with the Inside the NBA crew interviewed some of the players while they sit on the bench. In Green’s interview with Devin Booker of the Phoenix Suns, Booker congratulated Green on being an active player and being a part of Turner Sports.  Charles Barkley did his usual interference of saying that Booker was just too nice, to which Green added that he was a part of Devin Booker’s visit to Michigan State when he was a player there.  Barkley double-downed on the banter, adding that Green is the reason Booker did not attend MSU.

As the second half began, Stephen Curry continued his three-point brigade, making multiple shots from well beyond the arc and even the center court logo. In this impressive shooting display, Curry broke the single All-Star Game record for most made three-point shots with thirteen. Segueing into a  commercial break, EJ said that they are going to have to take a break from the Stephen Curry show, implying that he has taken over the game as he previously predicted.

Not Afraid of the Competition

When interviewing Miami Heat forward Jimmy Butler, Green, prior to the fourth quarter, asked how he felt about the new look 76ers with Joel Embiid and James Harden. Butler then responded that he is not afraid of the competition and that he is looking forward to playing against them, further contributing to his competitive spirit. Much of the talk about the NBA as of late has been surrounding the blockbuster trade that sent Harden to Philly, and while Green was curious about how players feel about the trade, Butler’s desire to compete was evident.

As a TV personality, Charles Barkley is not afraid to speak his mind. Whether it is comedic or basketball commentary, the Hall-of-Famer has never been shy to add some banter when making a point. There was no better example of this kidding around than when Barkley asked Draymond Green when he was going to “unretire”, implying that he has been involved with the media for too long. Green played along with the joke as he watched the game from the sideline. Draymond has been out with a lower back injury but was nominated as an All-Star this season.

With a target score of 163 and only needing two points to win, Akron’s own LeBron James makes a fadeaway mid-range jump shot to win the game and officially conclude All-Star Weekend. O’Neal and Chuck, after the buzzer, vocalized their appreciation of the All-Star break that gave the players the chance to come together and celebrate the game we all love.  With the win for Team LeBron, $450,000 will go to the Kent State I Promise Scholarship Fund, and the season will continue as the playoffs approach.