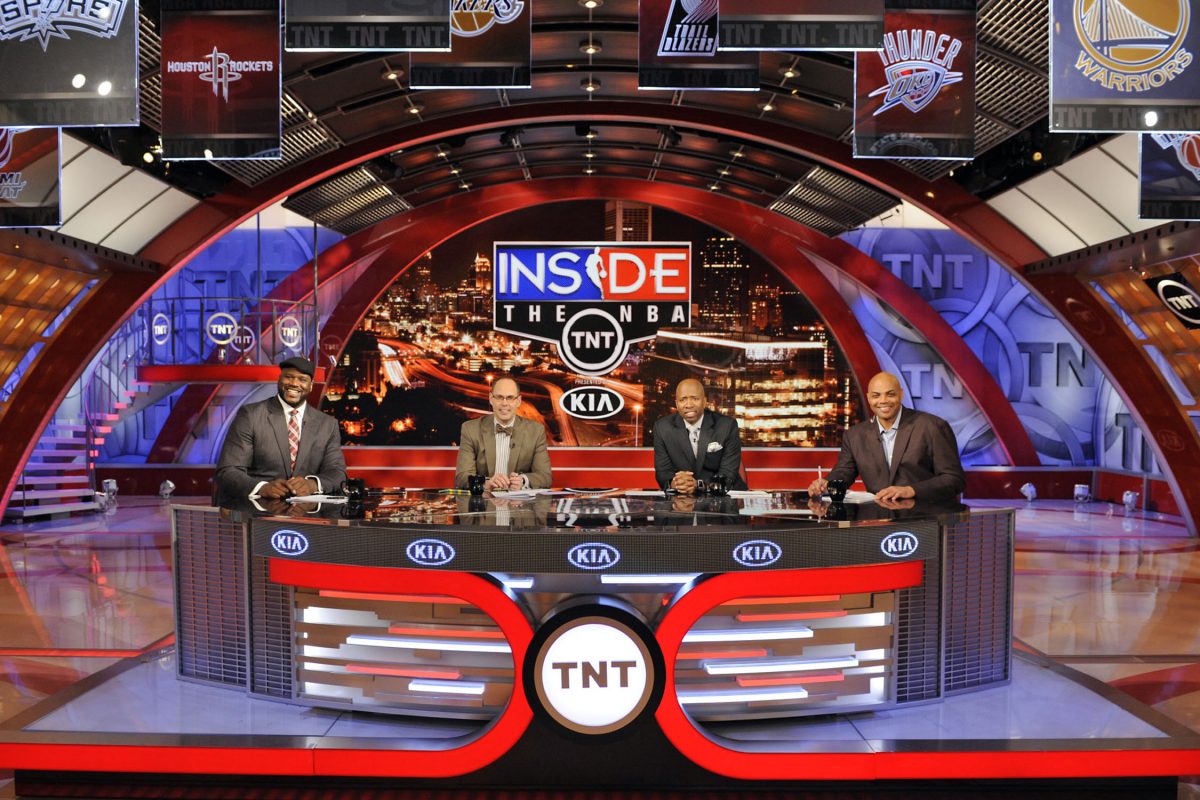 Shaq, Ernie Johnson, Kenny Smith and Charles Barkley on set of Inside the NBA

Sports Media Watch does an excellent job keeping tabs on audience deliveries and posting the results promptly online. So I requested some comparisons of rating performances covering TNT’s Inside the NBA and ESPN’s NBA post game show.

We looked at the first three games of the conference finals:

Readers might be perplexed by the results. So remember that ratings are often diluted by inherent or extraneous factors as spelled out in these bullet-points. The hard numbers follow.

ESPN’s set of Michelle Beadle, Paul Pierce, Chauncey Billups and Jalen Rose plod along. Their sound is generally unpredictable and inconsistent. At times, the show has a professorial feel and at others it’s either forced, distant, filled with inanities or the talent is yukking it up. But the numbers don’t lie. ESPN holds its own.

Perhaps a better comparison is a look at the pre-game shows the same nights, albeit they ran earlier in the evening, prior to primetime and early out west. Here, ESPN doesn’t have the residual advantages of a strong built-in time-slot like SportsCenter

According to Sports Media Watch, Toronto’s win in game #1 ranks as the lowest rated and least-watched NBA Finals game in a decade. It snapped a streak of 52 straight finals games with at least an 8.0 rating and 14 million viewers.