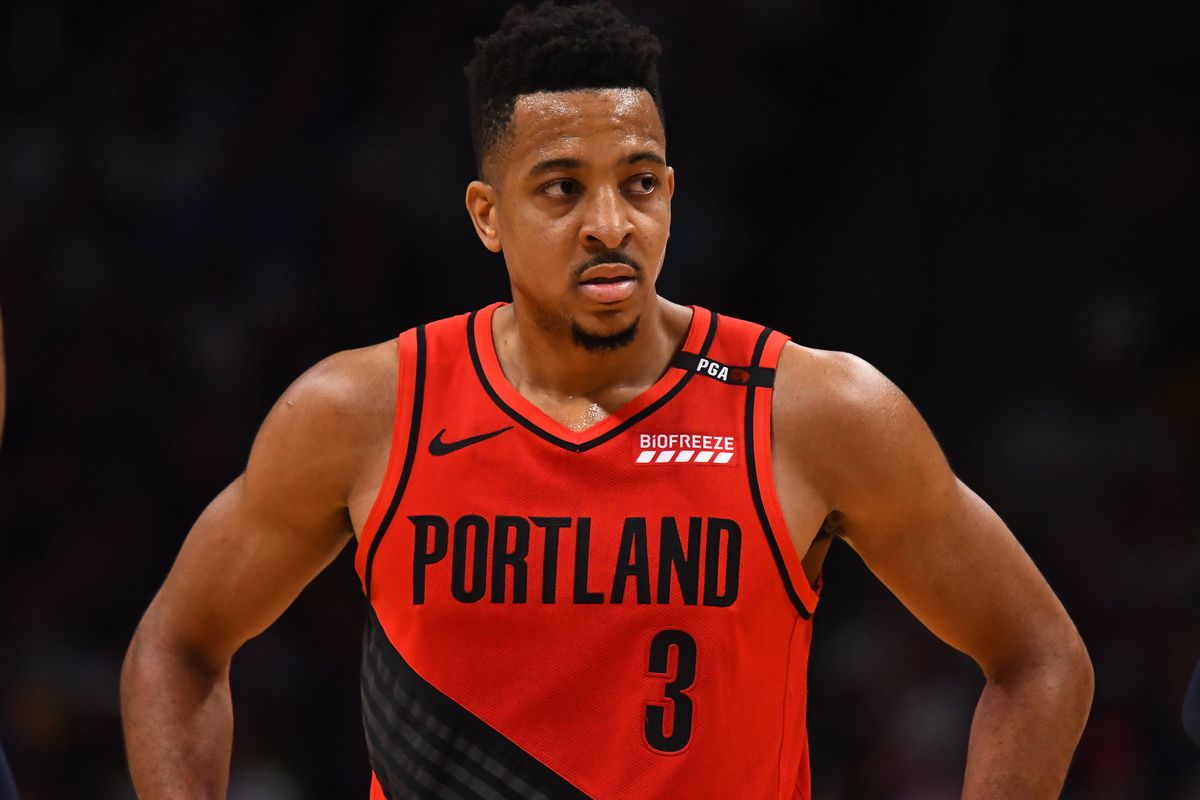 Podcasting is one of the fastest growing media sectors and it’s saturating the sports space, league by league. Many media members and athletes too are connected with their own podcasts. The sheer number of podcasts can be a bit overwhelming. Road maps are needed.

From my perspective, ideal podcasts are ones where the hosts make listeners feel like they’re tuning into friends discussing topics on which they’re well immersed.

For NBA fans, the Lowe Post does the best job of making audiences feel welcomed and at home. Then again, Hoops Collective is always informative but at times dry and monotonous.

This list will serve NBA fans with a starting point to begin their podcast  journey. These are my five favorites. 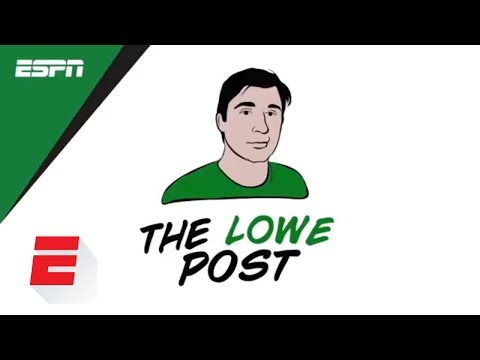 The podcast is hosted by former Sports Illustrated blog columnist, Zach Lowe. He later joined Bill Simmons at Grantland which closed in 2015. Lowe’s contract was then picked up by ESPN.

Whether the episode is a profile piece, such as the interview he recently did with Danny Green or the kind of deep-dive discussions that he had with fellow ESPN/NBA experts when the trade deadline approached, the audience should feel confident that it will learn something new when tuning in. There are very few people, other than NBA aficionados, who know and understand the game as well as Lowe. This said, Zach’s greatest strength is his ability to sound uncomplicated, to present his thoughts and takes, whether simple or intricate, in crystal clear fashion. Lowe’s knowledge, humbleness and access to the NBA will enlighten your basketball day.

When: There are about 2-3 episodes posted weekly

Interesting Bit: Zach is mildly obsessed with a certain Italian restaurant in Miami because it represents a recent piece of NBA history. The restaurant hosted a San Antonio team dinner in 2013 after it suffered an eviscerating loss to the Miami Heat; a three point buzzer-beater by Ray Allen. The shot capped an epic collapse by the Spurs in game #6 of the finals. Yet the casual dinner that night fueled lasting camaraderie that enabled the Spurs to put the dispiriting experience behind them, albeit they lost game seven as well. In 2014, the Spurs won the NBA title knocking off, Lebron and the same Heatsters. Jeff McDonald of the San Antonio Express called the dinner a ‘therapy session.’ Greg Popovich strolled from table to table, squeezing the shoulders of the players encouragingly. 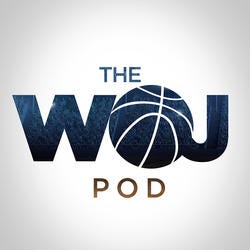 Adrian Wojnarowski breaks news so often that the term “Woj Bomb” will be added to the dictionary in the next couple years. He is able to do so because he’s spent countless years in the trenches, building relationships through the league. As a writer, Woj utilizes these connections to book some of the strongest guests. The trust that these interviewees have in Woj result in engrossing conversations.

When: There are generally two episodes each week, posted at irregular times.

Interesting Bit: Woj did an episode following Zion Williamson’s NBA debut, where he interviewed Zion, head coach Alvin Gentry, and VP of basketball operations David Griffin. Through the interview it was apparent that friction has developed between Griffin and Gentry over the cautious handling of Zion. This could be a resolvable issue or an early sign that Gentry’s days in New Orleans are numbered. 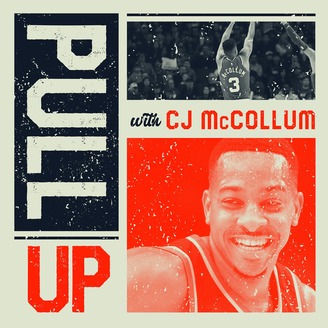 CJ McCollum is the most likely player today who will trade his basketball for a microphone when his career ends, unlike his backcourt mate, Damien Lillard, whose interest in the microphone is in “dropping bars” (rap/hip hop reference). McCollum was impressive on ESPN’s The Jump during the off-season and is now consistently interesting on his regular podcast. CJ excellently provides a player’s perspective on NBA headlines and other sports news. His co-host, Jordan Schultz (a columnist for The Huffington Post), does a good job of representing the non-player’s perspective while most importantly staying out of CJ’s way.

When: There is one podcast posted each week, posted on Thursdays

Interesting Bit: In an episode that aired over the summer, CJ discussed his decision to pull his name from contention to make Team USA’s roster in the FIBA World Cup in China. He spoke about how the Olympics still hold much more value than the World Cup and the fact that he was informed that participation in the World Cup would not drastically increase his odds of making the Olympic roster. This shed light onto both players’ motivations and the Team USA roster selection process. 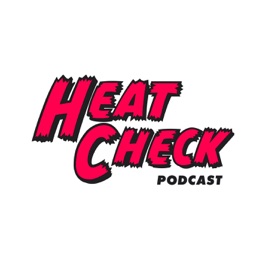 John Gonzalez (covers the NBA for The Ringer) with the help an assortment of NBA analysts from the Bill Simmons’ led publication. He leads listeners on a whimsical journey through recent NBA headlines. John and his cohorts do a great job of mixing off-the-court and on the court news to keep the podcasts lighthearted and fun.

Where: Apple Podcasts, The Ringer, Spotify, Player FM, and Stitcher

When: There is one episode per week, posted on Mondays

Interesting Bit: On a recent episode Dan Devine (an NBA staff writer for The Ringer) broke down his all-star ballot. What was so cool about this was that it was his first official media ballot. As such, his comments were filled with a blend of excitement, joy and seriousness. It was very refreshing. Many media members act like they are the Atlas with the weight of the basketball world resting exclusively on their shoulders.

On his podcast, Brian, who covers the NBA for ESPN from his Cleveland base, is regularly accompanied by ESPN’s elite on-air talent. But what makes the podcast so unique is its format. While maintaining a debate-type style, everyone is given significant time to fully articulate their thoughts without interruptions. While this is refreshing in a sports world of hot-takes and heated arguments between panelists, isolated opinions can lack the spirited give and take that stimulate listeners.

When: There are two episodes per week, posted on Monday and Thursday

Interesting Bit: On a recent episode that featured Kirk Goldsberry (lead analyst for Team USA Basketball and visiting researcher at Harvard), he pointed out that the Bucks have a positive net rating of 3.4 (which represents a team’s point differential per 100 possessions) when Giannis and Kris Middleton rest. It other words, the Bucks’ bench generally outscores its opponents which bodes well for the club down the road. If the Bucks sustain this advantage and Giannis and Middleton can get rest, the Eastern Conference can be in trouble come playoff times.

Great article! It was easy to read and the “Interesting Bit” section was a nice addition.

I think it can be a highly effective self-branding strategy for athletes to take advantage of broadcasting their opinions and thoughts on a podcast platform. The podcasts have great potential to build an even greater community of fans and followers as well as strengthen their already-present fan base through the athlete authenticity sharing themself.
I really appreciated that you included frequency of podcast release as I feel like this is something I look for in podcasts I enjoy!

Solid article!
A thoughtful and digestible analysis of a very saturated market.

Will look forward to more from this writer

Dylan, very nice article…I will share w Devin as he is a big NBA Fan, and we want to see more of your writings, Congrats….now do u kno why the Colorado Rockies have never pursued a homefield advantage in their high altitude ballpark?…i am not a fan of the Rockies ownership for that reason. And, I understand that Doug Moe did a good job with the Nuggets way back in the day. Is there any attentiion to that strategy today? Thx, tom r

Amazing insight must be a baller at heart!!

Super informative and can’t wait to listen to these podcasts.