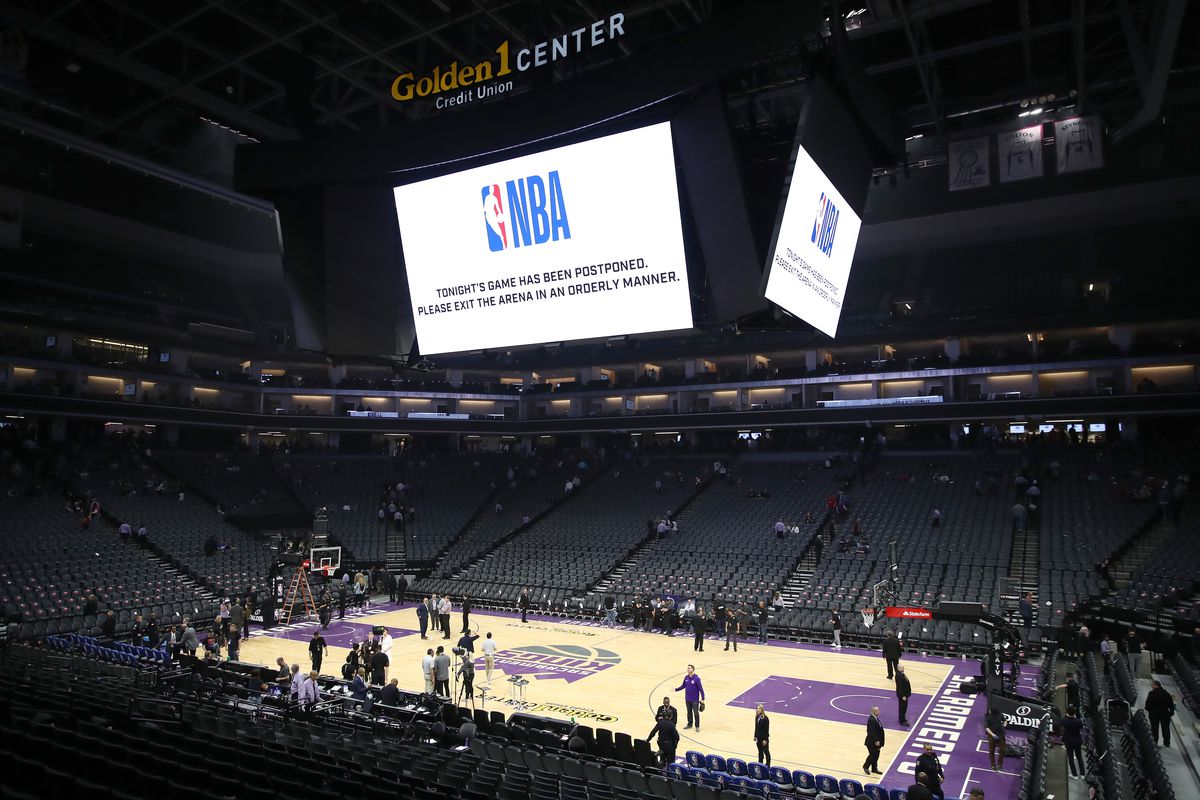 During this stretch of gridlock and grief, sports and the networks are fighting their most daunting challenge ever. April, a crossroad on the calendar of baseball, basketball and hockey is completely dark. So the leagues and their network partners have little choice but to play the hands that they’re dealt.

The NBA takes center stage in the spring and here’s how things look today for the league, the telecasters and millions of fans.

The network continues to build its library of docuseries and programs to help its parent company Disney in the current streaming wars for subscribers as cable TV viewership slowly fades.

The network is relying on programming that features its award winning content like the 30 for 30 series, O.J.: Made in America, as well as the soon to be released ten-part documentary about Michael Jordan, The Last Dance.

It also has been adjusting its afternoon block of programming, temporarily renaming Highly Questionable to Highly Quarantined and adjusting other studio shows so that the pundits could broadcast from their living rooms instead of clustering dangerously in the studio.

ESPN also has been rolling out some of its more obscure content like National Electricians Competitions, World Axe Throwing League, and the Putt Putt Championships, content which generally runs just one week in the summer when ESPN2 temporarily becomes ESPN the Ocho (the fictional channel made famous by the movie Dodgeball: A True Underdog Story).

Turner’s sports library of scripted or non-game programming has little depth because it carries only play-by-play and adjacent studio programming. It runs the NBA, the NCAA Tournament and Major League Baseball. That’s it.

So TNT is now back fulltime to its core programming, movies or reruns of one of the network’s many drama-based shows.

If you’re hunting for basketball in your life, look no further than NBA TV which continues to air games during the NBA hiatus. But be prepared for low-scores and hard fouls because most of these games were played in the 90s.

NBA TV calls these games Hardwood Classics, which are historic games like Jordan’s 55 point production in the Garden, game #5 of the 1970 finals when Willis Reed made history on a broken leg or more recent games like game #6 of the 2013 finals when Ray Allen hit a step-back corner three to give the Heat new life against the Spurs. NBA TV has been supplementing games with occasional interview-based program like Open Court or mini-series that focus on specific legacy franchises.

What we do know:

Lots of ideas have surfaced about how to go forward. These are four listed from least to most likely. Whether fans would attend the games is a whole other issue.

The Spencer Dinwiddie Madness bracket– Dinwiddie (guard for the Brooklyn Nets)  has suggested that in-lieu of the traditional playoffs, the league should hold a winner-take-all tournament featuring all 30 NBA teams. Teams would be ranked 1-30 based on regular season records.

Scrap the Season– This is obviously the grimmest outcome but one that is certainly possible. If the country is not able to get the spread of the virus under control in due time, the NBA might have to cancel the remainder of the schedule, pre and post. This would be the first time in the history of the NBA that a champion would not be crowned. The focus would be to begin afresh with the 2020-2021 NBA Season.The league started in 1946.

Pure Postponement – The League office will simply wait as long as need be, play out the rest of the regular season and then the playoffs in the traditional format and number of games.  While the postponement of the Olympics does help make this possible, the league would be up against a cluster of events including the Democratic Convention scheduled for July in Milwaukee. If the title road leads to favorite Milwaukee and the Bucks, this could be problematic.

Shortened Schedule– The League could wrap up the regular season with a limited number of games, say 5-10, so teams like the Pelicans, Kings, and Trailblazers would have a fighting chance to wrestle the eighth and final playoff spot in the West from the Grizzles. The playoffs could also be reduced, with the opening round and maybe second round consisting of either a 3 or 5-game series while the conference final and finals would return to the 7-game series format. This would not be the first time that a season was shortened. The NBA had truncated seasons in 2011-2012 and 1998-1999 due to lockouts.

Coaches on the hot seat

Mike D’Antoni, Houston Rockets  (40-24), tied for fifth seed in the West. D’Antoni is in the final season of his contract.

Lloyd Pierce, Atlanta Hawks  (20-47), 14th seed in the East. Pierce, a longtime assistant, is in his second year with the Hawks

Bret Brown, Philadelphia 76ers  (39-26), 6th seed in the East. Some expected his exit at the end of last season. The team has been beset by injuries to stars Joel Embiid and Ben Simmons.

Dwayne Casey, Detroit Pistons  (20-46), 13th seed in the East. Casey has not had the success in Detroit that he had in Toronto

Alvin Gentry, New Orleans Pelicans  (28-36), 10th seed in the West. Gentry is an NBA lifer. He too was spared at the end of last season because of the anticipation of Zion Williamson. GM David Griffin didn’t hire Gentry so speculation builds about the coach’s future.

Luke Walton, Sacramento Kings  (28-36) 11th seed in the West. The Kings fired Dave Joerger and brought in Bill’s son after a tumultuous time with the Lakers. The Kings have had a disappointing year, one that will once again leave the team out of the playoffs and could likely end Walton’s tenure in Sacramento.