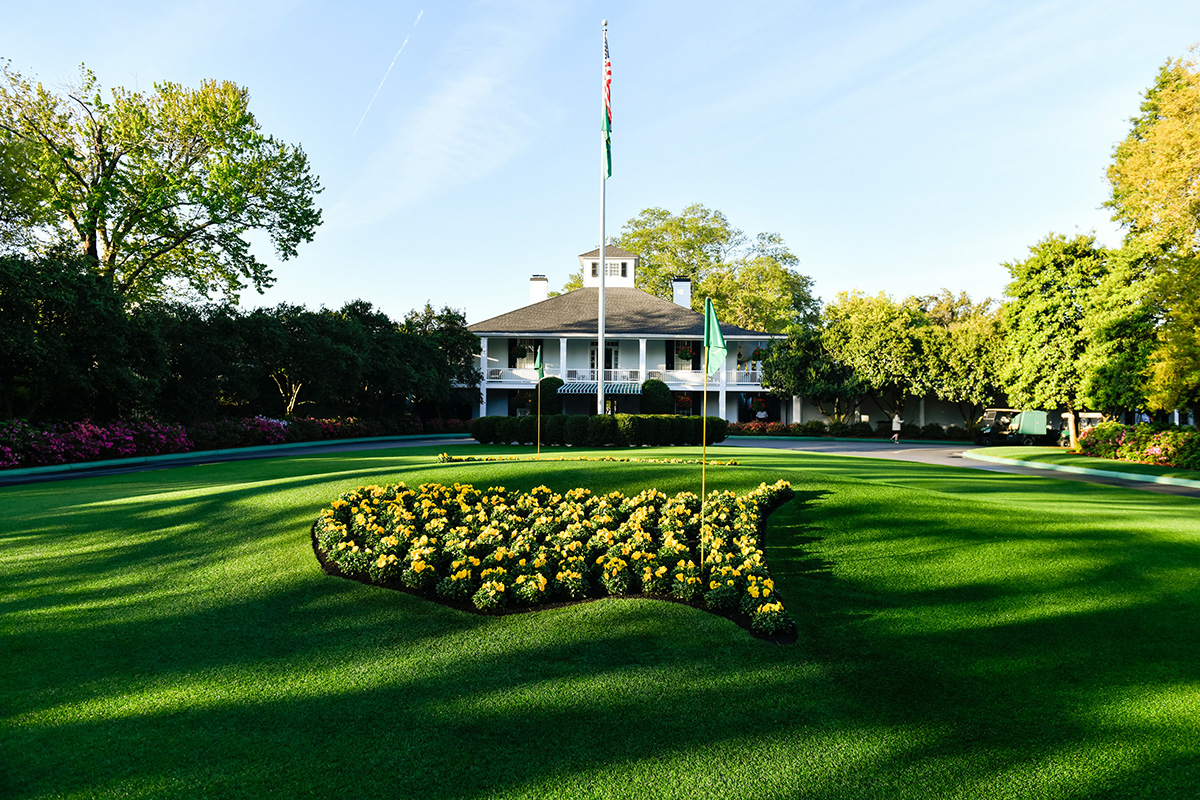 The Clubhouse at Founders Circle at Augusta National Golf Club

To many, 52 weeks can seem like a lifetime, or so it would seem if you begin counting when The Masters ends each year on that Sunday night in April.

One of the first things that goes through my mind is, you can’t be serious! Do I really have to wait another 362 days for this, some of the greatest theater in television?  Ugghhh!  Can’t be true. But this year I only needed a solid 357 days to see Augusta National and wow what a display!

Why 357?  This year we were treated to NBC’s coverage of the inaugural Augusta National Women’s Amateur. This past Saturday was a tease and NBC did a fine job of providing coverage of its only day at Augusta.  Of course, other parts of the early tournament were played away from Augusta National at nearby Champions Retreat. But the day golf fans had circled was this past April 6th.

NBC went with three veteran broadcasters in Mike Tirico as host and both Gary Koch and LPGA broadcaster Paige Mackenzie in analyst roles. Kay Cockerill and Frank Nobilo were the on-course commentators but a good chunk of the coverage revolved around Tirico, Koch and Mackenzie. Tirico nailed the historical significance of the day; the first time women were given the opportunity to battle for a world class championship on the hallowed Augusta grounds.

You could feel Gary Koch’s enthusiasm for announcing from Augusta. He was resigned to the fact that broadcasting a tourney from the Masters’ site would never be in the cards because rival CBS has had a firm grip on it through its decades-long partnership with management at Augusta National. Koch and Mackenzie ably handled their assignments, given the fact that the two had a history of working together on some women’s LPGA events. Koch’s credibility was key as he is a ten-time participant in The Masters and has a working knowledge of the challenging green complexes that the women would endure.

You could understand Koch’s thought process. Remember, there is no formal long-term contract between CBS and Augusta to televise The Masters. Augusta National holds all the cards, renewing its CBS agreement, year-to year.  Still, it’s an unwritten recurring assignment for CBS because the network gives Augusta implicit approval on production and talent. Augusta management wants the tournament televised in a self-customized format; from day one through the presentation of the green jacket.

If you doubt it, you might recall that in 1994 Gary Dennis McCord was unceremoniously removed from the broadcast team after he described the 17th green at Augusta as being so fast that it seemed to be “Bikini Waxed.” In 1966, the eloquent Jack Whitaker referred to a crowd of spectators as “a mob scene” at the end of the playoff, rather than “patrons” as Augusta prefers. Whitaker was allowed back some five years later.

NBC was indeed fortunate. It had the two best women amateur players in the world, dueling down the stretch in what turned into a truly memorable event. NBC’s production captured the masses of patrons and luminaries who were being treated to tremendous golf.

Wake Forest’s Jennifer Kupcho eventually outlasted Maria Fassi of Mexico drilling five birdies on her last six holes. NBC had its cameras perfectly positioned to capture that special moment of sportsmanship between Kupcho and Fassi, when they came off the green after Kupcho’s birdie finish. Viewers caught the scene of heartwarming hugs from LPGA veterans Nancy Lopez, Lorena Ochoa and Annika Sorenstam.

One thing I’m confident of is that you could have made this a twenty-handicapper tourney and if it was broadcast from Augusta, people would tune in. The place just has that kind of pull.

So next up was Sunday’s annual Drive, Chip and Putt competition for the kids, live from Augusta.  In what’s become an intriguing event, one that started in 2014, as a prelude to Masters week, this year’s kids event was sandwiched between the ANWA and The Masters itself.

Personally, I love watching the kids but the coverage on The Golf Channel, part of the NBC family, seemed a little rushed and choppy.  Tirico hosted along with former tour player, Peter Jacobson.  I found Tirico at times to be a little hokey in the host chair for the kids’ event, oftentimes a little too silly as he was with Jacobson on Sunday.

Mike seems better suited for being a lead solo host or presiding over the stroke-by-stroke competition for the ANWA or other events where the game is played at a more serious level.  There’s got to be someone who could strike a better chord in a kids’ competition than Tirico and still live up to the expectations of the green jackets.

The main event is up next but don’t sleep through the coverage of The Par 3 contest today from 3-5p eastern on ESPN.  How can we forget Tom Watson winning last year and the drama watching Jack Nicklaus’ grandson hit a hole in one! Ahhhh, good times.

It’s now a year and our familiar friends enter back into our lives for the most anticipated golf television week of the year.  Jim (Nantz) and Nick (Faldo) at 18.  Verne (Lundquist) manning the tower at 16.  Peter Kostis on the par-5 15th.  Limited commercials as always and get Tiger into the mix on the weekend and you have television nirvana.

On Monday, we’ll have our annual report card of who did what well and what can be improved. And if you’re driving this weekend to rush home for television coverage, flip on XM 92 or Sirius 208 for complete Masters coverage.  It is outstanding and has some of the best golf coverage anywhere. Taylor Zarzour takes the host chair once again for the year’s first major.