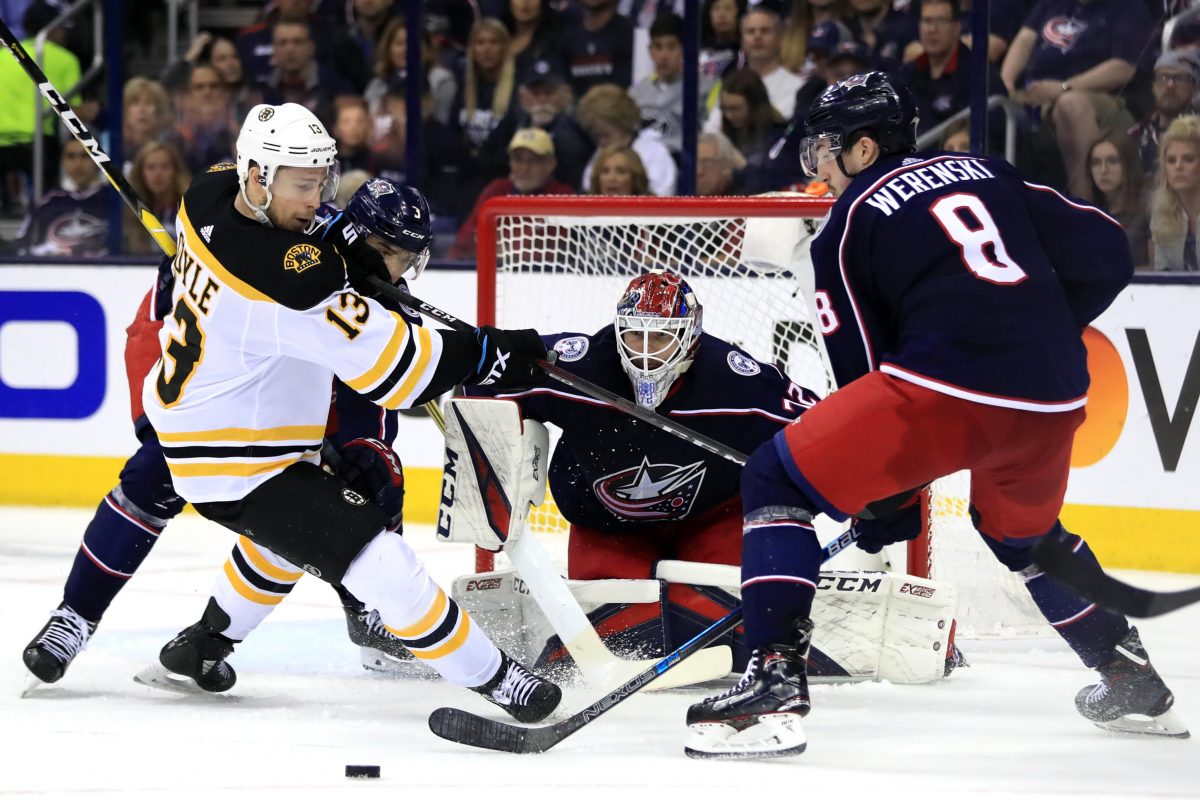 Boston Bruins have advanced to the Eastern Conference finals

The NHL has reached its conference finals after San Jose won game seven last night, knocking off the Colorado Avalanche, 3-2. The Sharks will take on the St. Louis Blues who beat the Dallas Stars in seven.

In the Eastern Conference, Boston hosts the upstart Carolina Hurricanes, beginning tonight at 8pm eastern. The Sharks will host the first game out west on Saturday at 8pm eastern.

All games will be televised by the NBC or NBSN per the schedule below:

I can add a couple to the team announcers. Jon Miller, who did the California Golden Seals in the early 1970s. He once said the danger with hockey involves a key difference from baseball, namely, if you accidentally call the ball the fall, it’s no biggie, but if you do that with the puck, well ….

Also, Skip Caray did the Atlanta Flames, I think before he did the Braves. Which, for some reason, makes me think that if his father had done hockey, it would have been one of the classics in broadcast history.

Curt Gowdy? Yes, friends-while the Cowboy had no NHL ties that I recall, I distinctly recall him doing some hockey for ABC during the Innsbruck Winter Games in 1976

You are right! Gowdy did both hockey and bobsledding. According to Wikipedia, the play-by-play man for luge was Jackie Stewart. That must have been something.

The irony is that Al Michaels would have just signed with ABC, or would have been about to, since he joined ABC to do the backup Monday Night Baseball game in 1976 while still doing the San Francisco Giants.