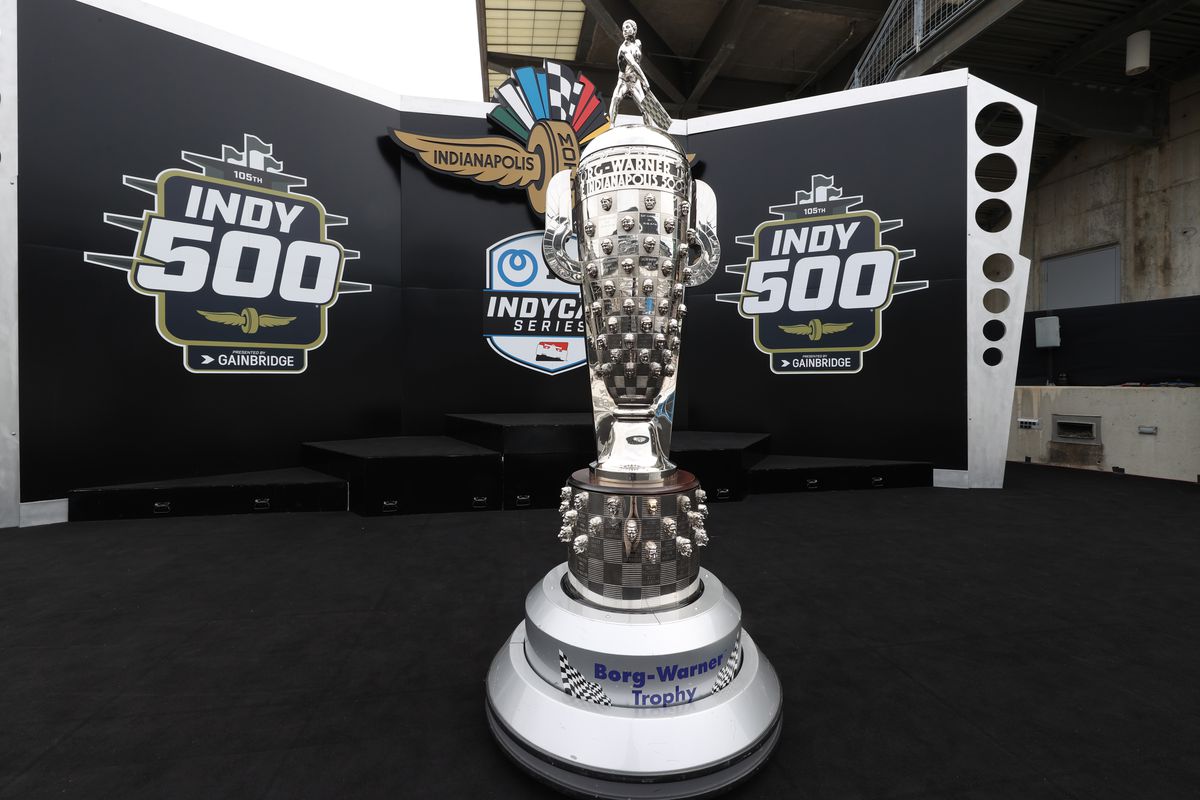 On Sunday, NBC Sports produced the 105th running of the Indianapolis 500. It was the third year that the Peacock has produced The Greatest Spectacle in Racing. Helio Castroneves won his fourth-career Indy 500 in his only scheduled IndyCar race in 2021 at Indianapolis Motor Speedway.

The Indy 500 is as big as it gets in open car racing. It’s a Memorial Day tradition and it attracts a broader and more curious television audience, folks with no more than a passing interest in the sport. It of course also has its dedicated hardcore enthusiasts. 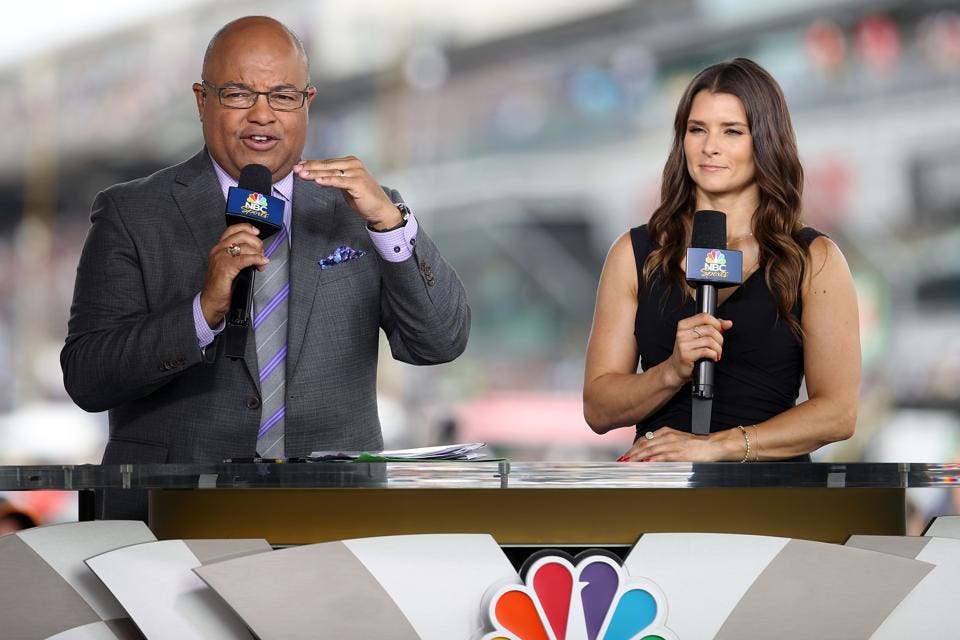 While IndyCar races are broadcast on NBC this season (nine total scheduled for 2021, seven on NBCSN), the Indy 500 saw NBC bring some of its more recognizable faces, namely Mike Tirico and Jac Collinsworth, to host the IndyCar coverage.

The NBC broadcast team for the Indy 500:

My ten observations on NBC’s coverage of the event

1 – The pre-race coverage in the noon EDT hour featured NBC Sports’ Rutledge Wood interviewing former late night talk show host David Letterman. This interview was more of a look back at drivers being on Letterman’s shows in the past. It was another way for the casual fan to feel engaged. The interview itself did not reveal anything particularly newsworthy.

2 – The driver interviews pre-race are what more of the traditional racing fans want to see. NBC did a good job interviewing pole sitter Scott Dixon before the race.

3 – Leigh Diffey did a nice job of setting the stage for the start of the race. With fans back, Diffey exclaimed “The soul is back at the Speedway.” Saying so gave fans an idea of how the race might have felt to some last August where there were zero spectators to witness Takuma Sato’s second Indy 500 win.

4 – As eventual winner Helio Castroneves made his initial push, analysts Paul Tracy and Townsend Bell referred to Meyers Shank Racing, the team Castroneves was driving for, as “the little team that could.” This phrase felt a bit wonky, but Meyers Shank Racing is just that, one of the smaller teams in IndyCar.

5 – Graham Rahal crashed out of the race. His left rear tire was not correctly attached during his pit stop. In his interview after he cleared medical checkups, Rahal exclaimed that he “should have won.” There was only one question asked of Rahal, and there was an opportunity for a follow-up question. NBC could have continued to show the track action while asking Rahal another question.

6 – Diffey, Bell, and Tracy talked about how Alex Palou had two Samurai swords on his helmet to commemorate his time racing in Japan. This story was cool and showed the journey that many motorsport athletes take throughout their careers.

7 – During commercial breaks, IndyCar always shows the track action picture-in-picture while still maintaining a top-line running order in sequences of fours. Fans might turn on the race and ask themselves who is winning and not see it for a while, because NBC only showed four drivers at a time. I wonder whether NBC would consider running a crawl across the bottom of the screen. If it had done so, fans channel-surfing would have known more quickly who’s leading the race.

8 – As the race neared its conclusion, Leigh Diffey thought of almost every dramatic line in the world, overdramatizing what is already the most anticipated day in U.S. open car racing. While it is the Indy 500, fans want to watch the race and not be bombarded with sensationalism from the lap-by-lap announcer. He talked about how Palou had a monster crash in turn one in practice when there were eight laps to go. Palou had made that turn for the 193rd time in the race. Diffey could have toned it down a bit.

9 – After Castroneves won the race, the commentators did not talk while Castroneves did his trademark “Spiderman” climb up the fence as he celebrated the victory. Kudos to NBC Sports for letting the broadcast breathe and showing Castroneves’ interaction with the fans at Indianapolis Motor Speedway.

10 – In his postrace interview with Marty Snider, Helio Castroneves, 46, talked about how age is just a number, especially in the 2021 sports world: “Tom Brady won a Super Bowl, Phil (Mickelson) won The PGA…the old guys still got it, kicking the young guys’ butts, teaching them a lesson.” It was quite the humorous remark from Castroneves. His third Indy 500 win came in 2009. Castroneves finished second in the race in 2014 and 2017, and this year things went in his favor as he finally got his fourth Indy 500 win, tying the all-time mark.

NBC did an excellent job with the Indy 500, but they could do more to promote the other IndyCar races on the schedule. It will be interesting to see what the ratings were for the race. Nonetheless, NBC gave The Greatest Spectacle in Racing an excellent broadcast.

I used to listen occasionally to the RADIO coverage of the Indy 500. It was fascinating how there would be maybe five announcers around the track and they would go around and around with the cars. They were great. This was after the Sid Collins era, when Paul Page did the radio.