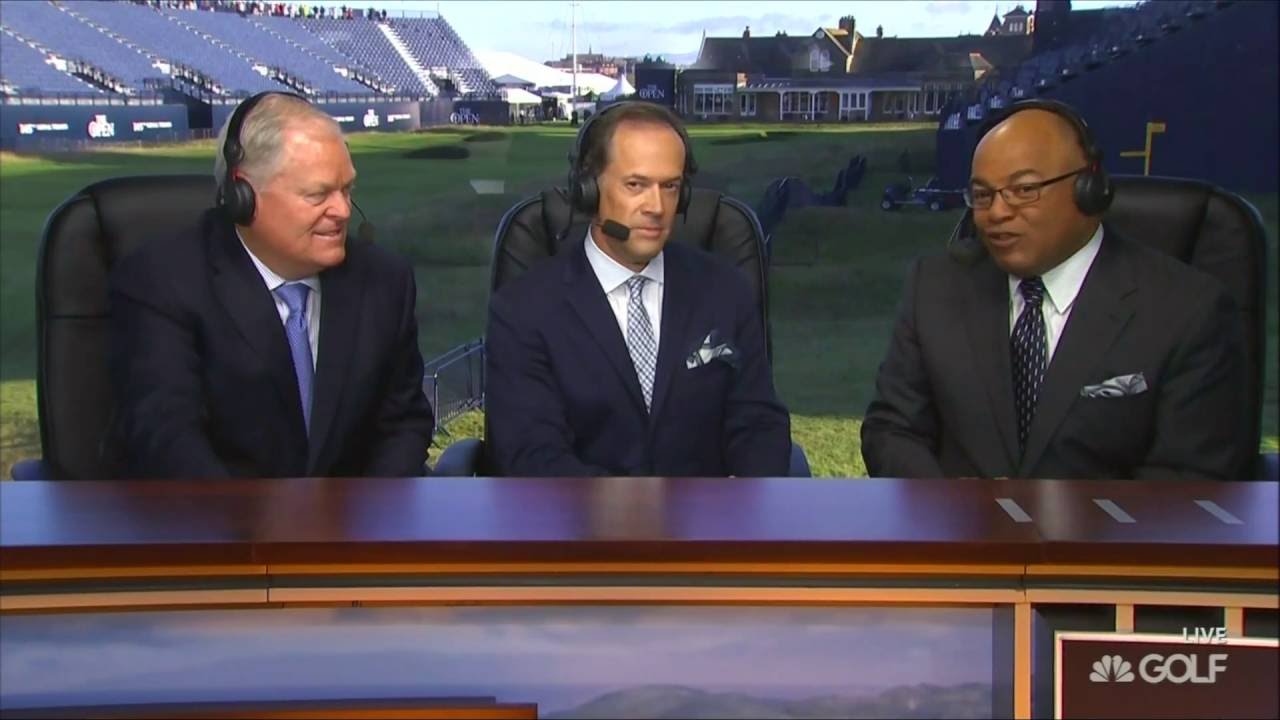 Finally! And a sigh of relief!

That’s how executives at NBC Sports had to feel when the leaderboard was gripping – and bonus of all bonuses -Tiger Woods was in contention.  From the time he walked off the course posting a 66 on Saturday, NBC knew that the final round would include meaningful shots by Tiger; who left the 3rd to last group of the day, trailing the leaders by 4.

The thing that all networks would concede, something that I see as a developing problem; there aren’t players outside of Woods and Phil Mickelson who can carry a broadcast.

They try the All-American good looks; wonderkid Jordan Spieth. But it seems forced to me.  OK, he comes off as a great guy, but he also misses a ton of significant short putts and has a knack for big scores at inopportune times.  No Dustin Johnson, no Jordan Thomas, no Jason Day and still, we’re left with an outstanding leaderboard, made up of guys like Spieth, Rory McIlroy, Justin Rose and eventual winner Francesco Molinari of Italy.

But make no mistake. With Woods in total contention the broadcast became must see TV all around the world. It was NBC’s great fortune and it should be reflected in the ratings.  I’ve decided to pass out some grades for those involved in NBC’s wire to wire broadcast which began Thursday on The Golf Channel.

Tirico was his solid self but gets a bit repetitive at times.  I’ve always felt Tirico is comfortable in a golf setting but I would have liked to hear more from him on the conditions golfers faced as the week progressed.  He did effectively bring in former champion Tom Lehman with a Q&A. Still, we needed more of a scene-setter on Saturday heading into Sunday’s final round. It would have been helpful to hear from the final groups on what they expected; given that howling winds were a concern.

This easily could have been an A, but the veteran made a rookie mistake late in the telecast when Molinari got to -8 with a birdie on 18. Hicks effectively said it was all but over.  The USA’s Xander Schauffle was at -7 at the time and clearly still in it.  Speaking of Schauffle, Dan should have shared more color on him.  An outstanding talent, last year’s PGA Rookie of the Year, I would have liked more of a detailed profile.  NBC missed here.  Hicks is solid though and has a sound rapport with an aging Johnny Miller.

He’s lost a step.  Remember when he practically brought the word “choke” to golf telecasts. When Spieth missed his 3rd fairly short putt of the day, we didn’t hear anything from Miller.  So disappointing.  What happened to the fiery Johnny Miller that as a viewer you waited for him; knowing he would spew tough commentary?  He’s soft now.  Johnny whiffed on the Tiger Woods double bogey/bogey sequence. I know the pros were ticked with him many years ago for some harsh words. He’s lightened up some since – but c’mon, it’s time to toughen up a bit Johnny. Hope that changes by Ryder Cup time.

Roger Maltbie – On Course Commentator-  A

One of Maltbie’s best qualities is being simple in his approach  – yet, very thorough describing the shot. One thing we learned this week is that while the rough appeared brutal on TV, it was actually very playable. I also think that Maltbie was spot-on several times when he let viewers know about Spieth’s short putt issues.

Feherty seemed somewhat quiet, (for him at least).  Wasn’t bad, just wasn’t as noticeable as he usually is. Perhaps it’s because as Woods took a 1 shot lead on the back 9, he gave it right back with a double bogey and bogey on consecutive holes to go 2 back of the leaders.

This transition in the broadcast window had to be a punch in the gut for NBC brass. The air seeping from the balloon swept across the pond to 30 Rock.

I’m just not a fan.  A bit too in your face for golf.  Kind of wants to be controversial but doesn’t carry it well.  When he interviews Tiger Woods for example, it’s as if he wants to portray his friendship with Woods and his “insider status” rather than just ask questions we all want to hear.  For example, on  the Woods flubbed attempt at a hero shot on #11, couldn’t Jimmy have just asked, “Tiger, if you had to do it over again, would you have taken a different approach with your 3rd on #11 when you had the lead?”

Overall- NBC gets a B.

The network delivered decent coverage of what the golf world had clamored for; a major with Woods deep in contention on a Sunday. Truly, that’s all that really mattered. Italy getting its first major champion in Molinari is a nice story. Late fireworks by Rory and Justin Rose were nice but really, who cares?  Tiger’s charge up the leaderboard and NBC’s good fortune are really how this major will be remembered. Do give Miller credit for making a cogent point; what this day could do to jump-start the 2nd half of Tiger’s career.

Dan Mason or your editor D-, it was Steve Sands who did the Post round interviews.

Clearly Jimmy Roberts interviewed Tiger and a few others post round on Sunday.