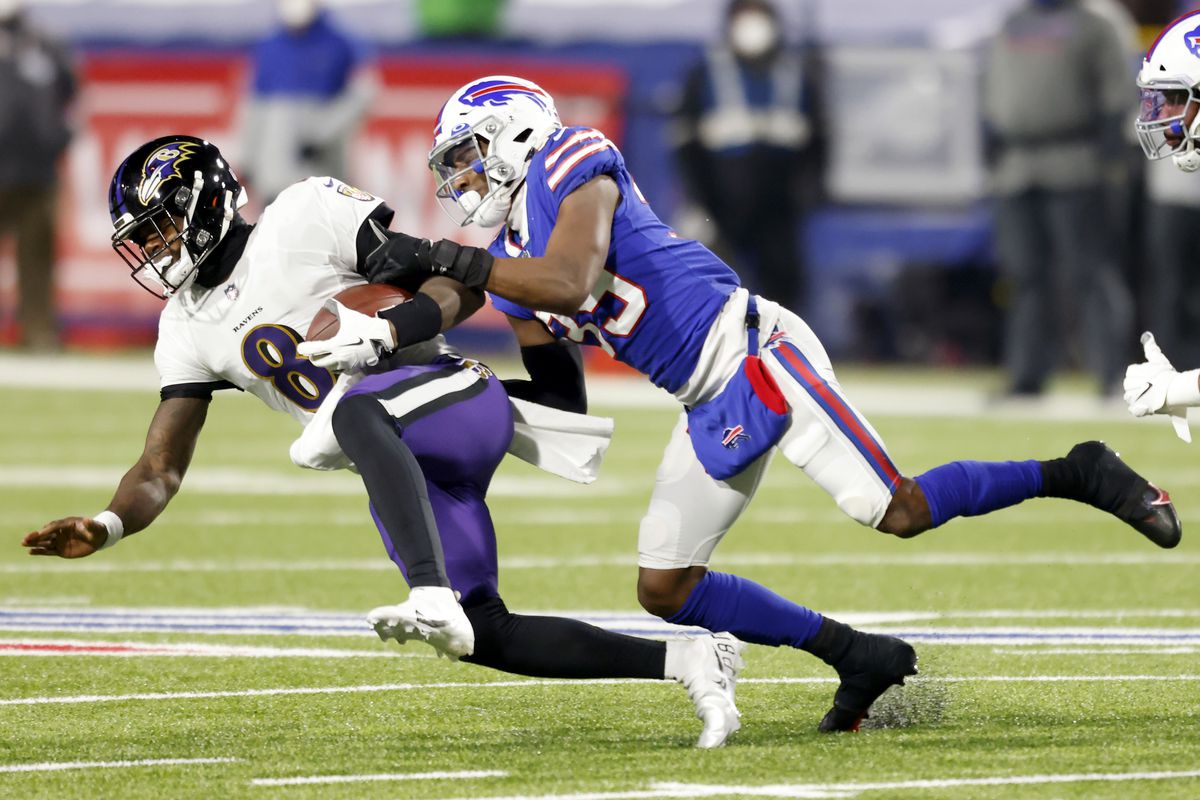 Lamar Jackson was ruled out late because of concussion protocols. Still, a dandy Saturday night and excellent work by the NBC team of Al Michaels and Cris Collinsworth. The dean of NFL play-by- play voices Al Michaels and former receiver Cris Collinsworth (l-r) had the call of Saturday night’s AFC Divisional Round matchup, Baltimore at Buffalo. The teams were among the hottest in the NFL. The Ravens had won six straight and the Bills seven, leading up to kickoff.

The voices worked symbiotically and covered the AFC divisional playoff game brilliantly. Michaels has always brought out the best of his partners. Some need more prodding or runway than others. From coach John Madden to talkie Dennis Miller, Michaels plays his hands perfectly.

Collinsworth and Michaels have flawless chemistry. It just sounds like they’re having fun in the booth. (Do you remember when Collinsworth and Troy Aikman worked together in the Fox booth with Joe Buck?) Two analysts might have been much then. It’s still much most of the time.

Network play-by-play announcers generally root for a close game. Down a couple touchdowns late, the Ravens’ lost their field general Lamar Jackson. Hobbling off, Michaels showed he’s human. There was a grunt of despair in his voice. He knew what it meant to the competitive nature of the game. When sideliner Michele Tafoya later reported from the field  that Jackson would not return due to concussion protocol, Al took it back in the booth in disappointed fashion. The game is an emotional roller-coaster even for the broadcasters. No actors, no great movie. Yet when backup Tyler Huntley showed some ability to scramble, Michaels aptly suggested that we were seeing an imitation of Lamar Jackson by the backup QB.

Collinsworth on the two quarterbacks:

More Collinsworth on other personnel and strategy: