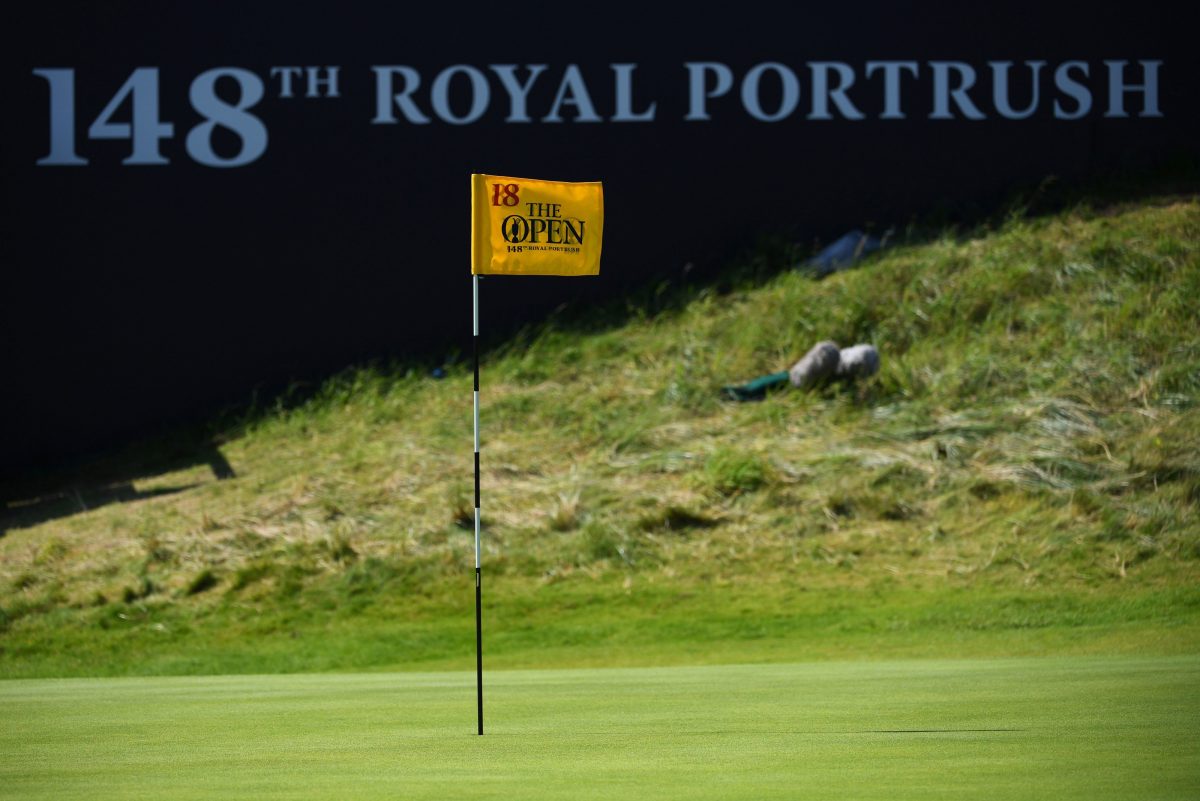 Golf’s last Major of the year has come and gone, completed over the weekend with the playing of the 148th British Open.  For the first time since 1951, the championship was played on Northern Ireland soil, at the wildly popular Royal Portrush.  NBC and its affiliate Golf Channel had many storylines from which to choose as the tournament unfolded.

The historical relevance of the Northern Ireland venue was particularly prominent. It triggered thoughts of the forgettable period of deadly violence between Protestants and Catholics (The Troubles, 1968-98). The last time a Major was interconnected with regrettable issues of either religion or race was at Shoal Creek which hosted the 1990 PGA Championship. Then, Hall Thompson, founder of Shoal Creek. told reporters that blacks weren’t allowed at the country club because “that’s just not done in Birmingham.”

Television coverage of Portrush did not disappoint.

The grades are in for NBC and Golf Channel.

From my memory, it was Tirico’s best golf week, excelling particularly during a two-hour window in the 2nd round.  As Rory McIlroy was desperately trying to make the cut for the weekend, there was a sense that Tirico was presenting a course across the Atlantic in its full glory for American viewers.  He dutifully set up his analyst Sir Nick Faldo time and time again while at the same time bringing in the massive gallery, which was urging on its countryman to succeed and as such enrich the weekend story. It was wonderful theater and Tirico elegantly hit all the right notes.

Faldo’s had a real good year in the booth.  It started at the Masters and finished strong at Portrush.  In the past, Faldo could get a little silly but I think his analyst chops were on full view during that 2nd round.  As a past British Open winner himself, with a full appreciation of the pressures of carrying a country on your shoulders, Faldo really took viewers deep into McIlroy’s and eventual winner Shane Lowry’s innermost thoughts.

Real fun moment was when Tirico brought up Faldo’s win over NBC’s prime weekend analyst Paul Azinger in 1987, (who also worked Golf Channel coverage on Thursday and Friday). An unsuspecting Faldo didn’t realize that Azinger was just off the set and gave him a fake stranglehold for edging him.

I like Hicks.  Consummate professional, doesn’t miss a beat in the host chair.  The only reason he doesn’t get an A was because I thought the 2nd 9 holes of Sunday’s round could’ve been better.  It felt kind of blah.  Granted, Lowry had a pretty commanding lead but Hicks was a bit too casual the last hour or so, particularly with weather a part of Sunday’s storyline.  I didn’t really feel the sense of drama.  Hicks has real good chemistry with Paul Azinger and you know Hicks knows the game inside and out.

Zinger was excellent.  I was a little surprised Azinger really hadn’t seen Royal Portrush prior to getting there but he did a real good job of sharing with viewers the  intricacies of the golf course.  What’s important is that the serious golfing audience had never seen Portrush on television and Azinger easily led viewers through the course as though he’d played it 20 times. The chemistry with Hicks is at an excellent level.  The only negative with Azinger is that sometimes his disappointment level of a particular golfer’s shot carries over to the next golfer and the next golfer, etc… In other words, he has a hard time flipping the switch back to the action at hand.

The Award’s Section, (Nod to the Rudy Martzke Awards – for years in USA Today):

Up and Comer Analyst: Justin Leonard

Former Major champion did a fine job.  Nice to have in the bullpen.

This is My People Award: David Feherty

What a treat for Northern Ireland’s own Feherty to go back and broadcast this Open.  He wasn’t just his usual comedic self either. You could really sense the respect he felt and that the moment was not too big being on home soil.

Does anyone capture the moment and imagination like Jimmy Roberts when he does a feature? Well done!

Who Needs Johnny Miller When you got Me Award: Brandel Chamblee

Too easy, Golf Channel’s Chamblee…hands down.  He was quick to label Rory McIlroy a “Choke” after his first round 79.  You know he was feeling the heat on Friday when the incredibly likable McIlroy just about had him eating his words, barely missing the cut by a shot with a scintillating and jaw dropping second round. Sometimes Brandel, it’s best to let things play out. You’ve pretty much been backpedaling on Brooks Koepka since the year’s first Major.

One thing that I really missed and looking back to last month’s Fox US Open coverage was the aerial shots that drones provide. The visuals were beautiful but man those dramatic shots that Fox gave us of Pebble’s coastline could have been replicated in Northern Ireland.

Great review! I concur on just about everything. I did find Hicks regressing a little, talking over shots, talking over crowd receptions of players coming up 18. This was a little unexpected and unnecessary. About the drones, my guess is that the wind conditions on the island were a little too intense to sustain live drone coverage but a few pre-recorded shots done on a beautiful day might have helped cover the landscape a little more fully. A great and pleasant surprise was when Sam Torrence and Faldo shared time in the booth in early weekday coverage. They had great… Read more »