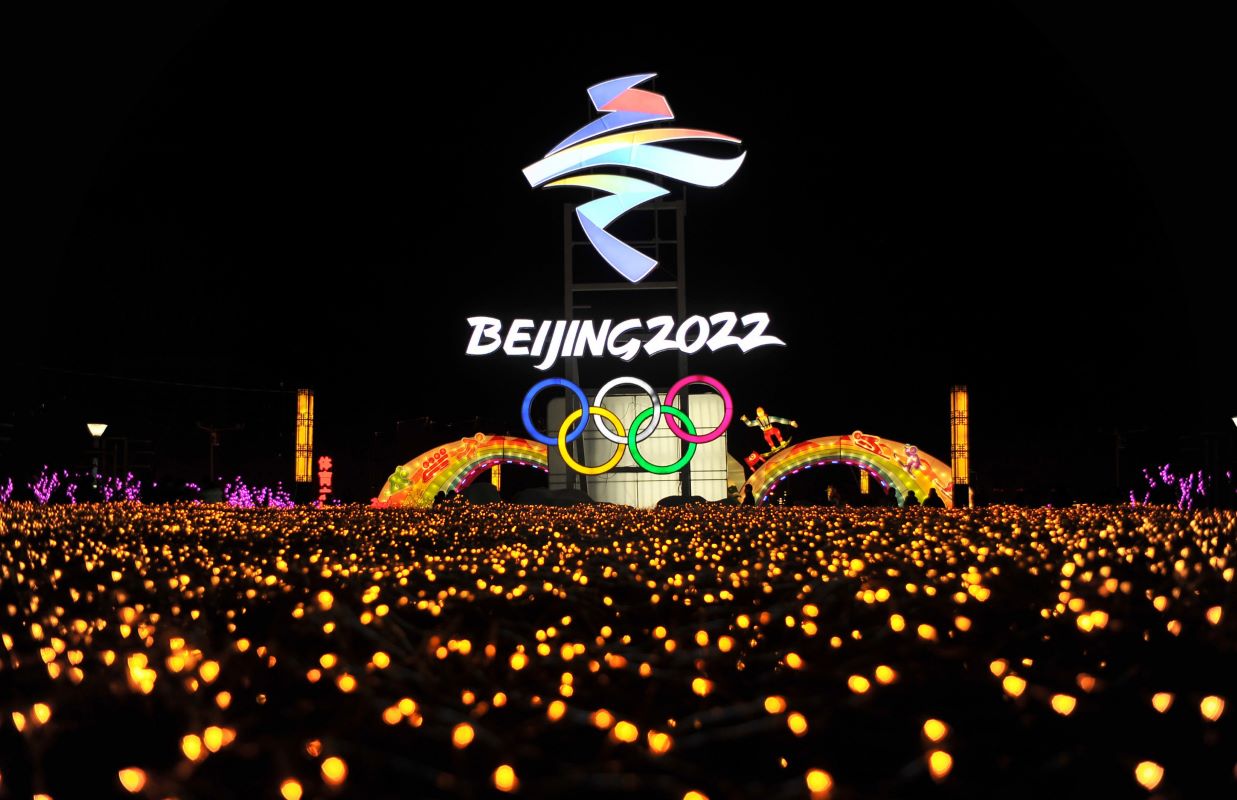 Perhaps no Olympics since the Berlin Nazi games in 1936 has received so much opposition from human rights organizations and U.S. and foreign political figures as the 2022 Winter Olympics in Beijing. The Games begin on February 4th and will be televised in the U.S by NBCUniversal beginning this Thursday February 3d.

In order to deflect the criticism it has received for hosting the telecasts, NBC has used various promotional means to position the games as a non-political event. The network hopes that viewers will be attracted to watch the athletic feats of the world’s best athletes.

Below are several major ways that NBC promoted the games prior to the official opening.

“As the Tokyo Summer Olympics end, the countdown for a historic winter begins. For the first time ever, NBC is set to bring you exclusive coverage of Super Bowl LVI and the Beijing Winter Olympics in February of 2022,” read the promo.

“As part of the rollout of the ‘Once In A Lifetime’ campaign, NBCUniversal is creating ‘Once in a Lifetime’ content segments to air during Sunday Night Football on NBC, telling the story of never-before-never-again moments in Super Bowl and Olympics history,” the network said.

The above was just the beginning of promoting the Olympics.

But the Peacock Network did not limit its Olympic promotions to TV.

In addition to the megaphone of television, NBC announced that it will produce daily original programming for Twitter live. All content will be available to users in the US via the @NBCOlympics Twitter handle.

A story on Today.com on July 20, and updated October 20th, provided all the controlled news about the Beijing Games that anyone could desire. The lengthy article by Lisa Tolin was headlined “Beijing Winter Olympics 2022: The next Olympics is coming soon.” A subhead read “The next Olympics is sooner than you think.”

The more than one-thousand word article covered everything but the kitchen sink with one exception: A single sentence about the controversy of holding the games in totalitarian China.

In addition to the examples in the above paragraphs, this is what I saw:

The “Once in a lifetime” theme became the standard lead-in to Sunday Night Football.

On NBC Sports, which is available on participating cable, satellite and telco TV providers, the telecast was promoted as “The Olympic Channel,” “Home of Team USA.” “The Home of Team USA” became the standard opening of NBC’s pre-Olympic figure skating telecasts. And later in 2021 Olympic promos were more frequent on MSNBC.

A soft opening preceding the big Today show hype began on October 27, when Savannah Guthrie, criticized for her over the top gushing of the Tokyo Olympics, followed form, saying that tomorrow we’re counting down to the 100 days of the Opening Ceremony of the Beijing Winter Olympics. Guthrie, perhaps the prime example of the all too obvious NBC Olympic hype specialists, although Hoda Kotb might be her equal, described U.S. alpine skier Mikaela Pauline Shiffrin, who was to appear on the October 28 program, as “the greatest ever,” before someone might have whispered in her ear to tone it down, because she demoted Ms. Shiffrin to “got to be in the top five.”

But what might have been a preview of how NBC will cover the controversies during the 2022 Winter Olympic in Beijing occurred on Today’s December 16 program. Under the banner “2021: “The Fun We Had,” a recap of the year, the hosts recalled the joys associated with NBC’s coverage of the Tokyo Summer games. Missing was any mention of the controversies that occurred during the games that NBC did not report on.

It’s to be expected, and was no surprise, that the Today show would be used as the prime promotional vehicle to promote the Beijing Olympics.

But there were also other assets that NBC used to promote the games:

Various owned-and-operated NBC television stations posted updated Olympics fun facts and news with “new content throughout the lead up to the Winter Games, “so check back often” they said. Other affiliated stations, like USA Network, ran frequent commercials touting the games.

NBCOlympics.com posted a Winter Olympics 101 tutorial. It was an everything you wanted to know about the Beijing games (except the protests by politicians and human rights groups against staging the games in the totalitarian country).  The contents included U.S. athletes to watch, the venues, stars of the U.S. team, a winter sports guide, featured athletes, a kids guide to the Olympics and how “to take the Olympics with you.”

NBC also partnered with TikTok, the social-media app owned by Chinese tech giant ByteDance, which in the past has raised national-security concerns by U.S. government officials. It’s an advertising venture that NBC said will provide a new (unannounced) creative experience for its sponsors, which will include geopolitical issues.

“NBC Sports is using a blend of carefully shot footage and exhilarating action shots to promote its 2022 coverage of the Winter Olympics in Beijing, China, starting February 2022,” reported the broadcasting trade publication NewscastStudio last November. And no one can deny that.

However, also undeniable is that the way NBC promoted the lead-up to the Beijing Games resembled infomercials crafted to sell a household commodity product, devoid of any of the hard news or controversies reported by other news organizations. 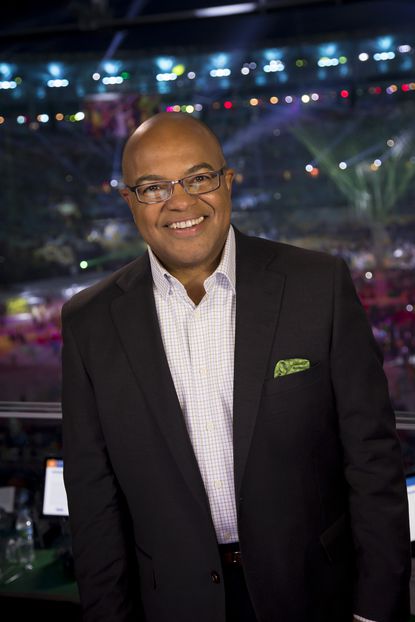 Much has been made about NBC’s decision to make Stamford, Conn. its main reporting base because of Covid fears, which I don’t think is a major factor in how NBC will report on the games. Unlike Olympics held in democratic countries, the possibility that NBC would have been permitted by Chinese censors to report negative on-the-scene controversies were nil to zero. In fact, commentators in Stamford should have more freedom to speak freely about their feelings than if they were in Beijing. (But don’t bet that they will.) And those after the event interviews with U.S. athletes can be conducted by Stamford-based reporters. This will be the second straight Olympics that broadcast teams will report from NBC Sports headquarters in Stamford rather than being on the scene in a host city.

During the Tokyo Summer Olympics, Tirico stayed clear of reporting on the many controversies, despite Japan being a democratic country that permits free expression. Even if he wanted to report on controversies and the totalitarian nature of the Chinese government, Tirico will not be able to do so while he is in China because of its censorship policies. But he will have a chance to do so when he hosts the games from Connecticut. “Past performances is no guaranteed of future results” is a long-time financial axiom. Based on Tirico’s Tokyo commentary, the future results are unlikely to be changed from the Tokyo results.

Bob Costas, the former NBC Olympic host, who never was afraid to speak his mind, has said that China “…rank(s) as the number one human rights violator on the planet.”  Tirico is no Bob Costas.

It’s been decades since the wall between news and entertainment has been demolished on television. NBC’s reporting leading up to the Beijing Olympics has been no wall, no news, all entertainment.