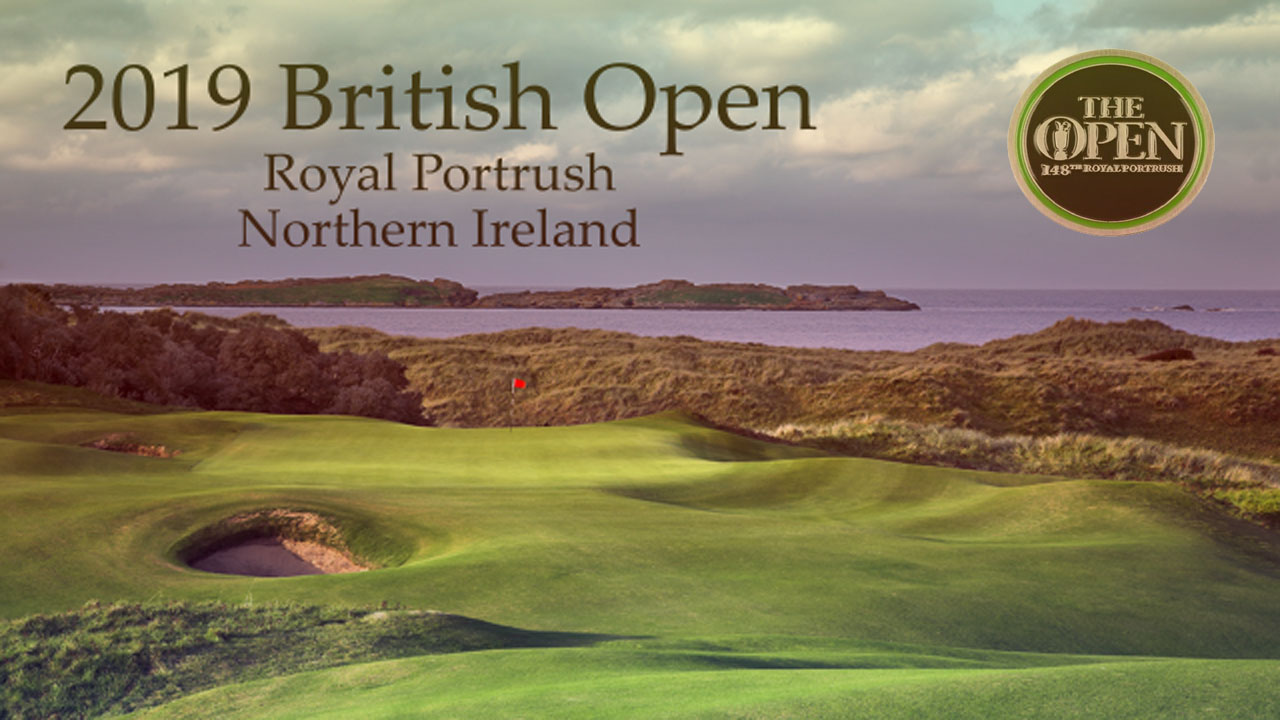 The full schedule and NBC’s production enhancements are below.

Last week, I had a chance to catch up with NBC lead golf analyst Paul Azinger prior to the 148th British Open. Paul didn’t hold back. He actually opened up quite a bit about some top of mind questions. Remember, Paul now works for both NBC and Fox which has the U.S. Open.

The British is returning to Northern Ireland for the first time since 1951. Lots has happened in the last 68 years.

Mike McCarley, president, Golf, NBC Sports Group is pumped. He says, “Our extensive approach will feature an unprecedented amount of coverage, with live coverage from the first tee shot early Thursday morning through the final putt on Sunday evening. Leading up to The Open, our coverage will help set the stage with not only the competitive storylines, but also the cultural significance of Northern Ireland as host for just the second time in the 148-year history of The Open.”

Dan Mason Address the condensed schedule of the majors. Player have to formulate their schedules differently.  Many players have played little. Some, like Tiger, have not played at all between majors.

Paul Azinger When you get older you like change a lot less but this change I like. This change has put an emphasis on five full months of golf starting with The Players Championship in March. It does feel weird though that this is going to be the final major as opposed to the PGA.

I’m not sure if it was just Tiger winning the Masters, but you wonder if anyone who wins the Masters going forward, is going to have to adjust their schedule accordingly. It just seems like the perfect way to end the season and once the British Open ends, just a few short weeks later, someone’s walking out with 15 million with the FedEx Cup.  It’s the way the tour has always wanted it because the NFL starts shortly thereafter.  Unfortunately, you need a wrap-around season to accomplish it. The two tourneys that are most affected are The Valspar and the Honda Classic. As much as I hate change, I like this new schedule.

Dan Mason Thoughts on Jordan Spieth and his game? He’s been winless since the 2017 British Open. Jason Day has made a significant change recently, getting Stevie Williams (Tiger Woods’ former caddie).  Can he resurrect his career?

Paul Azinger I think Jordan’s trying to live up to who he used to be and not where he’s at currently.  Golf is a game of ups and downs and he seems to be his own worst enemy. He’s gone from the artist to more of a paint by numbers guy.  It’s hard to watch.  I think the less you say the better you play. Sometimes he’s a little too candid.  He gives me the appearance  that he needs to unclutter a cluttered mind.

As far as Day, I think he can, but he’s always been a high drama guy whether its vertigo in majors or other minor injuries.  Grabbing Williams tells me he’s very serious about competing again and that tells me something.  Williams knows what good golf looks like or else he wouldn’t do it.

Paul Azinger  Brooks Koepka by a wide margin, (remember his caddie is from there) is the favorite, followed by Dustin Johnson and Rory McIlroy.  Everyone wants to know about Tiger but I believe this next win is going to be so tough and the meaning behind it. (One behind Sam Snead’s record of 82 wins)  Remember, he just had this mountaintop of an experience winning the Masters but this next win is going to be very difficult, more than most expect.

Paul Azinger The only rule I don’t like is dropping from your knee for penalty situations.  As far as equipment, I like it and I like the fact that amateurs can play the same exact equipment as the pro’s and play by the exact same rules.

Dan Mason  Going from Fox to the NBC booth.  What kind of challenge does it present?

Paul Azinger  It’s not that different.  I have nothing but great things to say about both sides. When you go to Fox it’s so new and exciting that we can pull it off. It’s a different dynamic with insecurities because we don’t know how that’s going to go.  With NBC, it’s a well-oiled machine with a lot of confidence and that’s really the only difference I see. In the end though, its golf.  Sometimes you get it right and sometimes you don’t and there are no do-overs.

It’s exciting no matter where you do it. I can’t believe I get to do both!

AIRTMES FOR THE 148TH OPEN WEEK (All Times EST):

NBC also shared this information, which might be of interest going into the British:

COVERAGE ENHANCEMENTS AT THE 148TH OPEN: NBC Sports’ coverage of The Open will utilize 150 cameras, the most for any golf event, and will employ additional production enhancements such as: