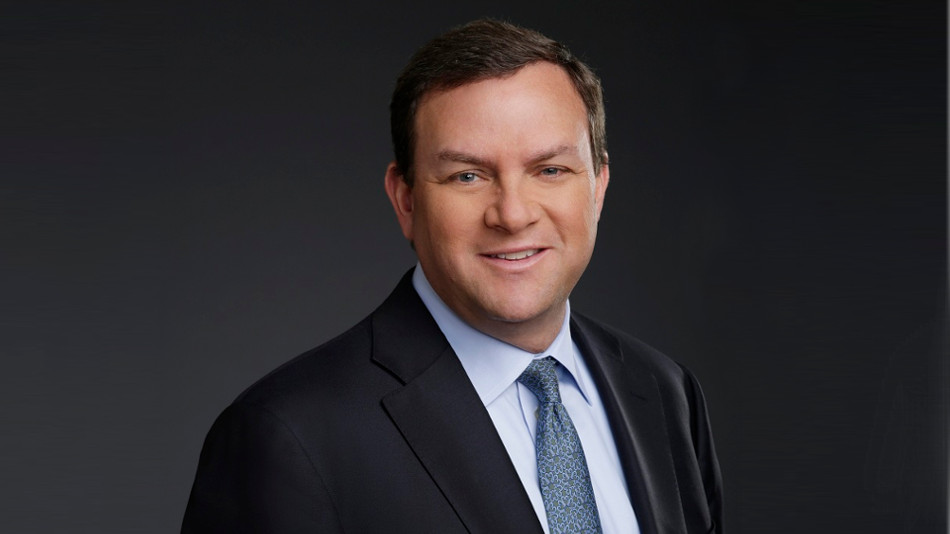 NBC’s Mark Lazarus faced the toughest test of his six year sports reign. The eyes of the nation would be watching assiduously. Any hitches and the critics would pounce.

First the Super Bowl, then the Winter Olympics.

President Harry Truman said, “The buck stops here.” In government and yes, in network television too.

It was no ordinary winter. Super Bowl plans were being made while the NFL tackled lingering criticism over the kneeling fiasco during the national anthem and the long term effects of concussions. Meanwhile, the Olympic Games loomed in a volatile corner of the world, the Korean Peninsula, 7,000 miles away.

If these settings weren’t challenging enough, NBC was about to debut a new Olympics’ host. After some 30 years, during which his face was as interchangeable with the games as its iconic rings, Bob Costas was handing the reins to Mike Tirico.

The great ones make it look easy and Costas has throughout his career. Whether it was explaining a technicality or sharing a captivating human interest story, Costas did so with aplomb. In Tirico, Americans would have a new guide to hold their hands through the maze of Olympic events, from the mainstream to the obscure, from hockey to curling.

There’s also so much more behind the scenes that are off viewers’ radar. Critically, revenue numbers have to be met and affiliates have to be satisfied. Leaders of the NFL, officials of governing bodies and sponsors require attention. And the list goes on. In the digital age, coverage tentacles are endless. All have to be addressed.

After years of granular preparation and labor-intensive groundwork, NBC Sports got through the Super Bowl and the Olympics seamlessly; without a major incident. Lazarus and the NBC Sports team can say mission accomplished.

For that matter, Richard Deitsch, writing for Sports Illustrated’s si.com said, “Tirico has provided the company with exactly what it wanted in the host chair: a comfortable pilot for viewers.” Earlier, Al Michaels did what he’s done so well for decades, providing play-by-play for the Super Bowl, accurately and rivetingly.

But there’s no rest for the weary. NBC’s sports menu brims year-round. The PGA, NASCAR, the Premier League, Notre Dame and more. Stanley Cup coverage has embarked and beginning Saturday the Kentucky Derby and Triple Crown hit the NBC airwaves.

None of this is completely new to Mark Lazarus. He grew up in the business. His dad John headed up ad sales for ABC Sports in its prime, the 1970s. John had a reputation for being helpful to others. If so, Mark is a chip off the old block, a good guy who started in ad sales himself and eventually ran Turner Sports.

After leaving Turner, Lazarus ran media for talent agency, CSE. He was then hired as Chairman, NBC Sports Group in 2011; tasked with succeeding a legend, Dick Ebersol. Not easy!

In 2016, Lazarus’ responsibilities were broadened when he was upped to Chairman, NBC Broadcasting and Sports.

Mark was good enough to engage in a Q&A.

It’s been a storied career. From your early start in sales, you’ve reached the very top; Chairman of NBC Broadcasting & Sports! You now oversee a rich portfolio of assets that requires enormous vigilance and stewardship. What’s your greatest daily challenge?

We focus on our people every day and strive to make NBC Sports a positive place for people to work.  The business has a lot of complexity, and we are always working to acquire and produce the best programming for our viewers, advertisers and distributors, but that doesn’t happen without the great people and a strong culture of teamwork.

The sports networks have historically been run by executives whose roots are in production and programming, from ABC’s pioneer Roone Arledge to your own NBC predecessor, Dick Ebersol. Coming out of sales, how difficult was it getting a handle on production and the like?

I began heading Turner Sports in 1999, and have been around production my whole life, beginning with some work I did in my college years, so I have many years of experience. Most importantly, the creative people and production talent I have worked with in my roles have made it easy and our companies successful.

With your sales background, do you find yourself going out on more calls to see advertisers and agencies than other sports network heads?

I am not sure what other sports leads do, but I’m comfortable supporting our sales efforts with clients whenever asked and enjoy being part of that process.

Your dad John was a longtime media executive. In the 1970s, he ran sales for ABC Sports. He also worked for MLB’s Office of the Commissioner. What did you pick up from him?

To always be kind, collaborative, and friendly to people, regardless of their stature in life, in business, or in your own company.

This is a question better suited for John Lazarus. Yet growing up, you must have heard some entertaining Howard Cosell tales. Your dad worked with Cosell at his height. Can you share any Howard stories?

My brothers, my dad, and I once played tennis at Howard’s house, and he sat on his porch (cocktail hour) and called our match. An incredible memory.

Are we seeing a change of the guard on-air?  The gifted Bob Costas has assumed a reduced role. Al Michaels, still a wonderful talent, isn’t getting any younger. Tom Hammond isn’t quite as visible as he once was and Dan Patrick won’t be on Sunday Night Football next year. Not too long ago, NBC brought in Mike Tirico. Where do you see the stable of talent in the next few years?

If you’re in this business long enough, you understand that there will be a constant evolution of on-air commentators. Mike Tirico came off an excellent debut as the primetime host of the Olympics, which is 18 nights in the chair at the most high-profile event in sports every two years.  He is extremely versatile in that he’ll also host the Triple Crown, and Football Night in America on Sunday nights, as well as calling Notre Dame football games. I usually leave it to our producers to talk about the on-air team, but Rebecca Lowe and Liam McHugh are two examples of how we can broaden the experience of our on-air team. Rebecca joined us to host our Premier League coverage but has also since served as a daytime host for three Olympics. Liam serves as host of our NHL and Notre Dame coverage, and last year was our on-site host of Thursday Night Football and was co-host of Super Bowl LII. NBC Sports has been blessed with incredible, iconic on-air talent. You mentioned some of them. In the fullness of time, I believe NBC Sports represents the Mount Rushmore of on-air talent.

Given all the new and emerging media tentacles, what is your vision of NBC’s platform in a decade or so?

It’s something we regularly talk about as we plan for the future. We think our broadcast and cable networks will continue to be the way the majority of people consume sports…at home on their big screen TVs. However, we can see a trend where more and more people stream live events. We are well-positioned with our linear and digital products.

NBC and CBS won’t be in the Thursday night football business next season. Fox paid handsomely for the privilege. Is the NFL getting too expensive?

The NFL is a tremendous TV property. The fall-spring TV season ends this month (May 23) and our Sunday Night Football will rank as primetime’s #1 show for the seventh consecutive year. It’s a new record, as we break our tie with American Idol. These rankings date back to 1950, so this is a major milestone that no other show has achieved. Obviously, we are running a business, so we always need to make sure the financial side makes sense for us.

You ran Turner Sports years ago. Compare it to running NBC Sports.

There are many differences, the most obvious being that we have a broadcast network, NBC. NBC Sports Group features NBCSN and Golf Channel — two round-the-clock cable networks devoted solely to sports – plus 10 regional sports networks, whereas Turner Sports wasn’t feeding a 24-7 operation. Of course, we are programming significant hours on the NBC broadcast network with events like the Olympics, the Super Bowl, Sunday Night Football, NASCAR, NHL, Golf, Triple Crown horse racing, and the Premier League. And we just acquired full Indy Car rights beginning in 2019, so we are adding the Indy 500 to NBC. Then you add our digital platforms in NBCSports.com and the NBC Sports app, which is the TV Everywhere complement to our linear coverage, and our direct-to-consumer NBC Sports Gold live streaming product which has exclusive coverage of events ranging from Tour de France to Premier League to rugby. Finally, we have transactional businesses in GolfNow and SportsEngine. So there’s a wide breadth of platforms and far more properties than we had at Turner.

How draining is it to administer and tackle everything connected with the Olympics? When the games are over, how long does it take you to recover?

It’s always a privilege to work on the Olympics and to be a part of the world’s biggest event.  It can take a couple of weeks to fully recover from them, but they’re always worth it.

Next stop for NBC is the Kentucky Derby. How are the Triple Crown rights working out?

We are proud to be the home of horse racing. We have the Kentucky Derby through 2025, and the Preakness Stakes and Belmont Stakes as well as the Breeders’ Cup into the next decade. We also have added Royal Ascot. In all, we televise and live stream more than 80 hours of coverage of the world’s best horse racing each year – which triples the figure from just 7 years ago. So our presentation is the way that tens of millions of Americans get their exposure to the sport. We continue to look to capitalize on horse racing’s excitement and growing popularity.