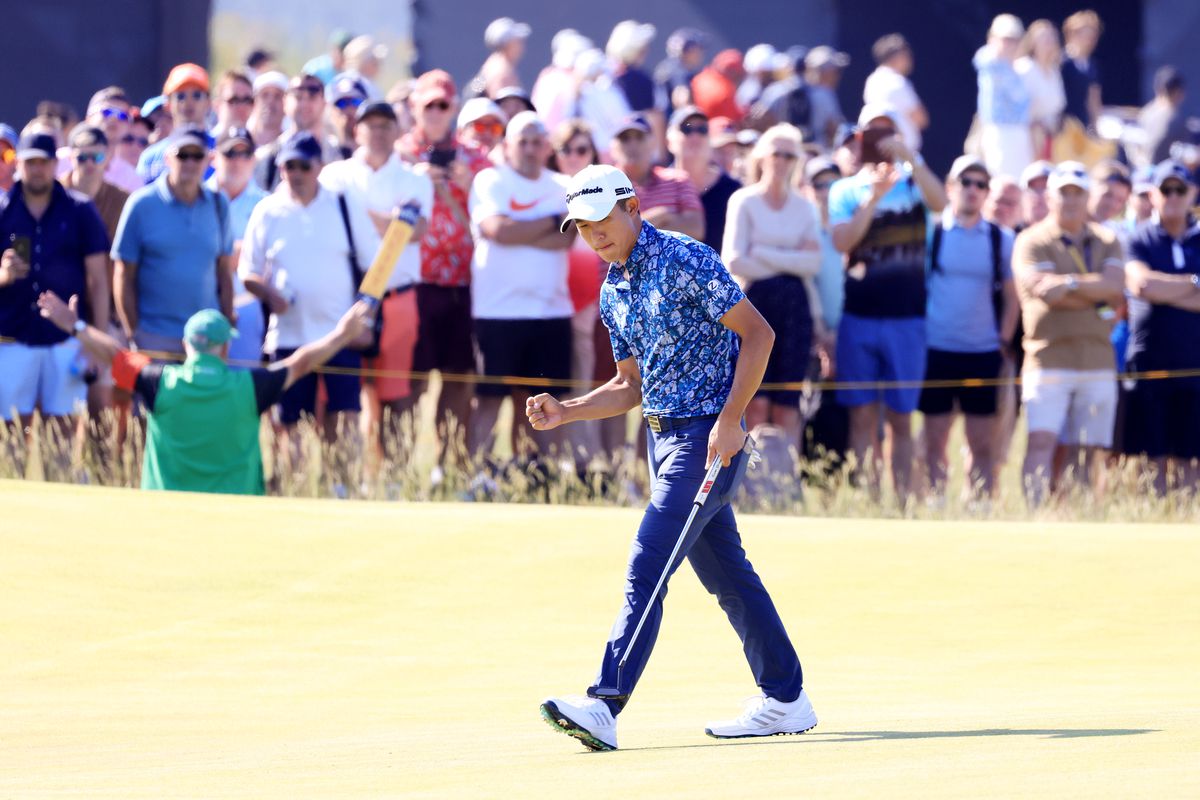 Prior to the playing of the 149th Open Championship at Royal St. Georges on the Southeastern English coastline, NBC Executive Producer Tommy Roy commented that there wasn’t a “normal” broadcast since golf restarted from its pandemic break. With a very small team on the ground, (24), at golf’s final major championship, NBC and NBC owned The Golf Channel gave viewers plenty of riveting golf action over four days of coverage.  Consider that NBC typically would send a contingent of 250 personnel to cover this event, one would have to wonder if what we witnessed is really the new normal for thePeacock.

These are the final grades for the Major season.  I found the coverage top notch as usual as Roy worked off the global feed produced by the R&A, (Royal & Ancient Golf Association) and based himself in the Stamford, Ct. NBC studios.  With lead host Dan Hicks and top analyst Paul Azinger working out of the Stamford studios, there were very few glitches that I picked up and frankly if one wasn’t entirely conscious of the fact that Hicks and Azinger weren’t on site in England, along with other analyst such as Jim Mackay and Notah Begay, you’d have a hard time telling that they weren’t in an 18th hole tower.

With that in mind, let’s get to the grades:

Dan Hicks- Lead host and stroke-by-stroke  A. Steady as always but you know what’s great about Hicks?  He really partners so well with his cast. Whether its teeing up Azinger, Gary Koch or freely giving opinions on what comes to his mind, Hicks is a serious golfer’s delight because as I’ve remarked often on Dan, he knows the game but just as easily appeals to the casual fan as well. As Collin Morikawa closed in on his victory, he remarked, “You know what’s most impressive to me, the fact that Morikawa has twice won a major in his initial start at that Major.” (2020’s PGA Championship at Harding Park and this year at The Open). There are also times when he’ll insert just the right word the viewer is searching for when looking for the appropriate adjective to describe a situation. Hicks’ interjection of the word “unflappable” to describe Morikawa was perfect timing as he drained a tough par putt late in his round to remain two in front of Jordan Spieth.

Paul Azinger-  A minus. Zinger had a terrific Open this year. His knowledge and preparation was phenomenal for an analyst who wasn’t on site. Azinger takes his craft as seriously as he took his golf game.  He calls it like he sees it. He more often than not will cite statistics that are worthy to share and not just filler. But when it’s time for Azinger to give his unfiltered opinion, he’s ready. When final round leader Louie Oosthuizen thinned a green side bunker shot and flew the green on the easy Par 5 7th, Azinger immediately called it out. “That is pressure, plain and simple,” he said. OK, why the nitpicking on an A minus?  With three players, Oosthuizen, Morikawa and Spieth, essentially separating from the field on Saturday, I would have liked to hear Azinger discuss how important it was to get into the final pairing on Sunday. That was a missed opportunity.

Stamford, CT Analysts– Gary Koch and David Feherty  I really should separate this grade. All right, let’s do it. Gary Koch gets the A, Feherty gets a C. Koch really had one of the boldest calls of the tournament and that’s why I’m giving him an A. As play in the 3rd round was at a critical juncture, Jordan Spieth ripped a drive down the middle on the short par 4 17th. Koch immediately stepped in and suggested there was no reason for Jordan to hit the driver there because the yardage he left himself essentially was a handcuff yardage. In golf parlance, that just means he left himself a difficult yardage. What does Spieth do? He Bogeys from about 70 yards out. You have to wonder if that was on his mind as he also missed a 2 footer on 18 to close out his round. Excellent analysis by Koch to get ahead of the play.

I’m a fan of Feherty. Love his show on The Golf Channel where he interviews some of the best in the golf world. It’s highly entertaining. But the funny guy and long time analyst hasn’t transformed much for me recently in his role as a key analyst for NBC. There was nothing wrong when he commented, just nothing memorable. He was better at CBS when he had his sidekick Gary McCord to banter with.

Jim “Bones” Mackay  A. On Site at course. How far and how quickly has Mackay ascended in the role of on course commentator in 3 years? His assignment was to follow the final group and you can hear why.  He’s always on top of his yardages, wind directions and green speeds. He also has a keen sense of demeanor of the golfers he’s covering. Mackay is also not afraid to share an opinion as the former caddy for Phil Mickelson. In other words, he has seen it all. He mentioned on Sunday’s broadcast that Morikawa has the highest golf IQ he’s seen since Tiger Woods. That’s strong stuff.

Notah Begay- B. On site at course. Notah had the assignment of following the penultimate group and fan favorite Jordan Spieth. Wasn’t bad, wasn’t great. I like Notah. He’s a good conversationalist when he appears on TGC programs. Just not a huge fan of his on course analysis. I just never feel overly excited listening to Notah  He’s just too blasé. Begay needs to add more personality to his call. Spieth was on a birdie run on the back 9 and you would have thought we were watching some run of the mill tour event. Let it go Notah!

Open Radio on SXM Channel 92- A+ I mean……C’monnnnnnn!  Once a year, for every American golfer, this is the place to listen to golf if you’re not in front of your TV.  We golfers have used our best British accents to describe our shots when we were young….well old too!  This is “ravishing” as they like to say on The Open Radio, produced by the R&A. I played twice this weekend and when my playing partner asked me how many feet I had on my putt, I answered “tirty five feet” and I also remarked that “I didn’t care for the journey the ball took.” These are the things you pick up as a listener of this broadcast and honestly it’s just plain fun to listen to it because the descriptions are just second to none. There’s also some old time memories of a radio era from long ago when the announcers gave e shout outs to listeners around the globe. A little hokey but once a year it’s fun when some guy named Mark is mentioned and that he’s from Nebraska and he’s listening on his farm and loves the broadcast.

Have to give a shout out to PGAtour Radio’s regular and former tour player John Maginnes. When asked if he expected 3rd round leader Louie Oosthuizen to seal the deal on Sunday and win The Open for the second time, John was candid and said no and went into the many reasons he expected the hard luck Oosthuizen to falter.

Further mention goes out to the always spot-on Brandel Chamblee of The Golf Channel for perhaps the finest line ever to define the hard-luck Oosthuizen who now is 0-42 in majors since his Open win in 2010 and has had 8 top finishes during that time. “He makes the game seem so simple but makes winning look so hard.”

That’s a wrap on 6 majors in 11 months. Still some Olympic golf and a Ryder Cup to come in September!