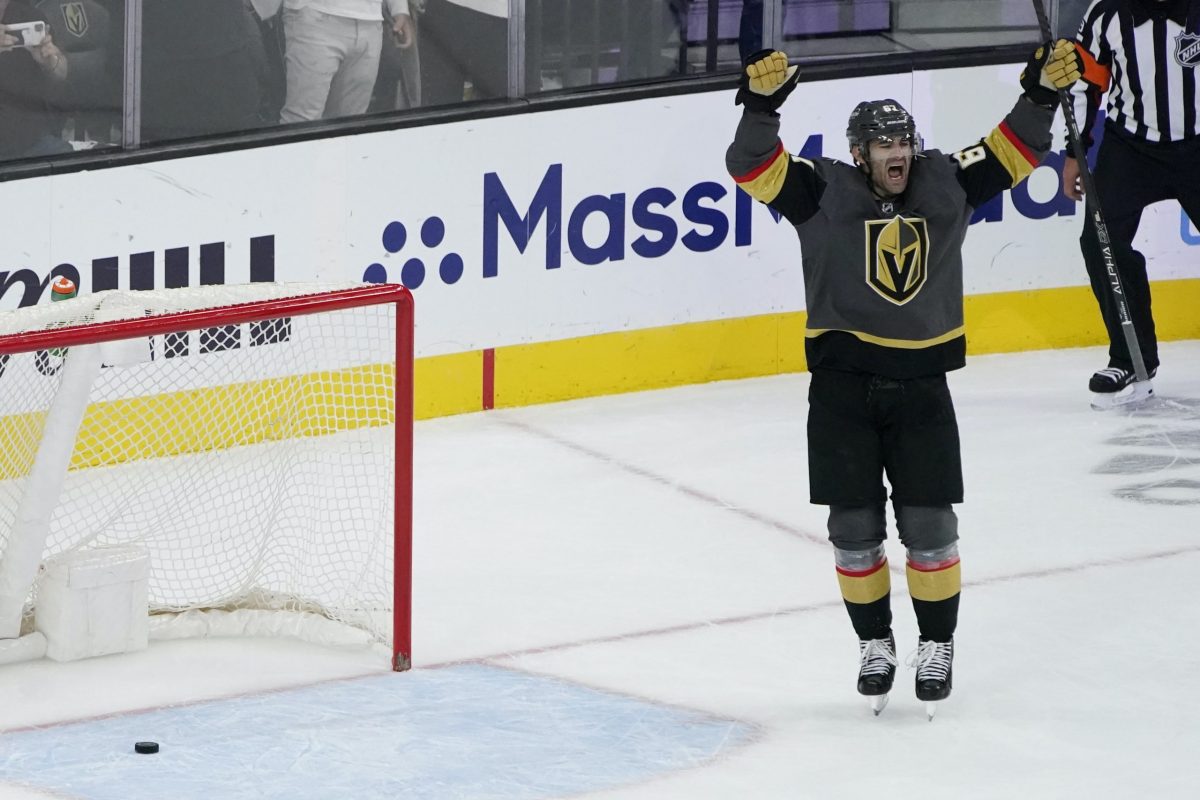 Vegas' winger Max Pacioretty - after scoring against the Colorado Avalanche

NBC Sports once again excelled at covering the second round of the 2021 NHL Stanley Cup Playoffs. Their strategy for the second round was to have one on-air team assigned to each of the four series:

These are my ten observations of the broadcasts produced this past week by NBC Sports:

Albert and Forslund’s teams will each get a series during the Stanley Cup Semifinals. Albert, Olcyzk, and Boucher will call Game 1 of the Islanders-Lightning series starting on Sunday (3 p.m. ET, NBC). Forslund, Micheletti, and McGuire will call the first game of the Canadiens-Golden Knights series on Monday (9 p.m. ET, NBCSN).

Thursday’s Avalanche-Golden Knights second round Stanley Cup playoff Game 6 averaged 1.27 million viewers on NBCSN, per John Ourand of Sports Business Journal — up 53% from last year in the “bubble” (Golden Knights-Canucks Game 6: 828K) but down 3% from 2019 (Sharks-Avalanche Game 4: 1.31M). It ranks as the most-watched Western Conference game on cable this postseason.