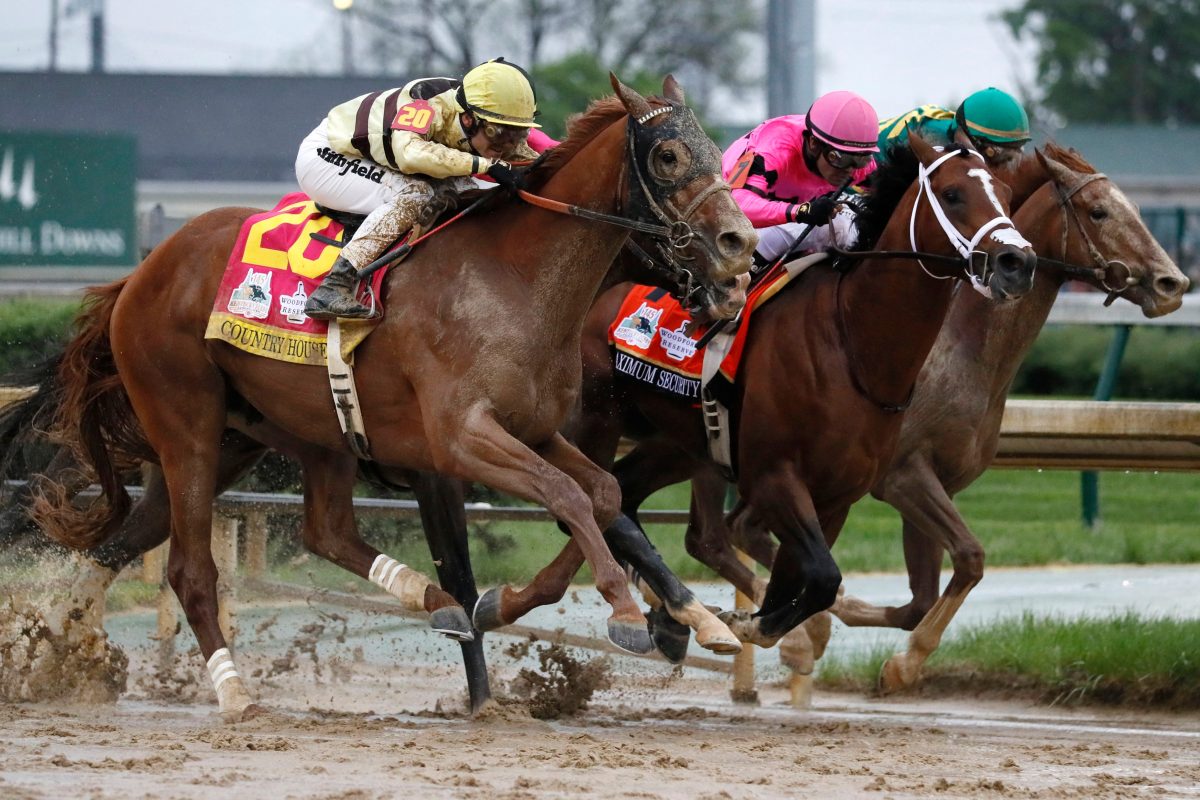 Back in 1984, the late Arthur Watson, then the head of NBC Sports, took a chance on the inaugural Breeders Cup. In 2001, NBC wrestled the Kentucky Derby away from ABC and has dutifully presented interesting telecasts ever since. Tom Hammond and Bob Costas co-hosted NBC’s first sixteen Kentucky Derbies.

Saturday’s was five hours long and concluded with a bang when Maximum Security became the first horse in the Derby’s 145-year history to win and be disqualified for interference.

For a long, long time the Derby was a nice race for three-year-olds. When Secretariat came along in 1973, the stallion became the first horse in 25 years to win the Triple Crown. At the time, there were only 13 starters. But after all the excitement Secretariat stirred, the race became the glamour spot of racing, and in 1974 there was a rush of entries, with 23 leaving the starting gate in what looked like a bull rush.

The following year the powers that be at Churchill Downs decided to limit the number of entries to 20, as if that would prevent horses slamming into each other trying to get position. Yesterday Maximum Security paid the toll of that decision when he crowded a few competitors on the turn for home and was disqualified. NBC was on top it from the moment the race was over.

After the first objection was signaled by Flavian Pratt, the jockey of Country House which ran second, NBC analysts Randy Moss and Jerry Bailey were quick to say they thought that Maximum Security was the best horse and that, “the best horse won.”

Bailey, who was one of the great jockeys the sport has known, felt that the winner never interfered with the second horse, “but bothered others.”

Moss, however, seemed more certain that a DQ was in order. While talking over replays of the action on the far turn, Moss said, “Coming to the top of the stretch is where Maximum Security ducked out. He did bother War of Will, definitely.”

Bailey then noted in a later replay that Maximum Security was in the closest path to the rail with a stream of water just to his outside. But as he changed leads (from his left leg leading to his right), he moved to his right outside that stream of water and slightly cut off War of Will. Maximum Security’s jockey, Luis Saez, said he thought the horse had reacted to the crowd when he shifted out.

When the stewards finally decided unanimously to disqualify the winner, Bailey was on board. “If you let that (interference) happen,” Bailey said, “it’s the Wild West out there.”

Bailey should know. When you put 20 horses on a racetrack that can hold only 14 comfortably, and you have 150,000 plus fans screaming at the horses as they bunch up on the turn, what else do you expect? The Derby has been a roughly run race for at least a hundred years, with horses slamming into one other all over the track without disqualification. In 1933, in fact, the jockeys riding the first two horses, Broker’s Tip and Head Play, grabbed and whipped each other coming down the stretch. These young three year-old horses aren’t trained to expect this kind of “Wild West” race. In 2019 there were seven major prep races for the Derby. No more than eleven horses were entered in six of these preps, (Wood Memorial, Florida Derby, Arkansas Derby, Louisiana Derby, Santa Anita Derby and the Fountain of Youth), and the seventh, the Blue Grass was limited to 14.

Maybe this controversy is exactly what Churchill Downs deserves, and maybe it will stir up some more interest in a sport that once held the attention of the nation. If that’s the case, NBC will be glad to entertain whatever new fans the sport can muster.