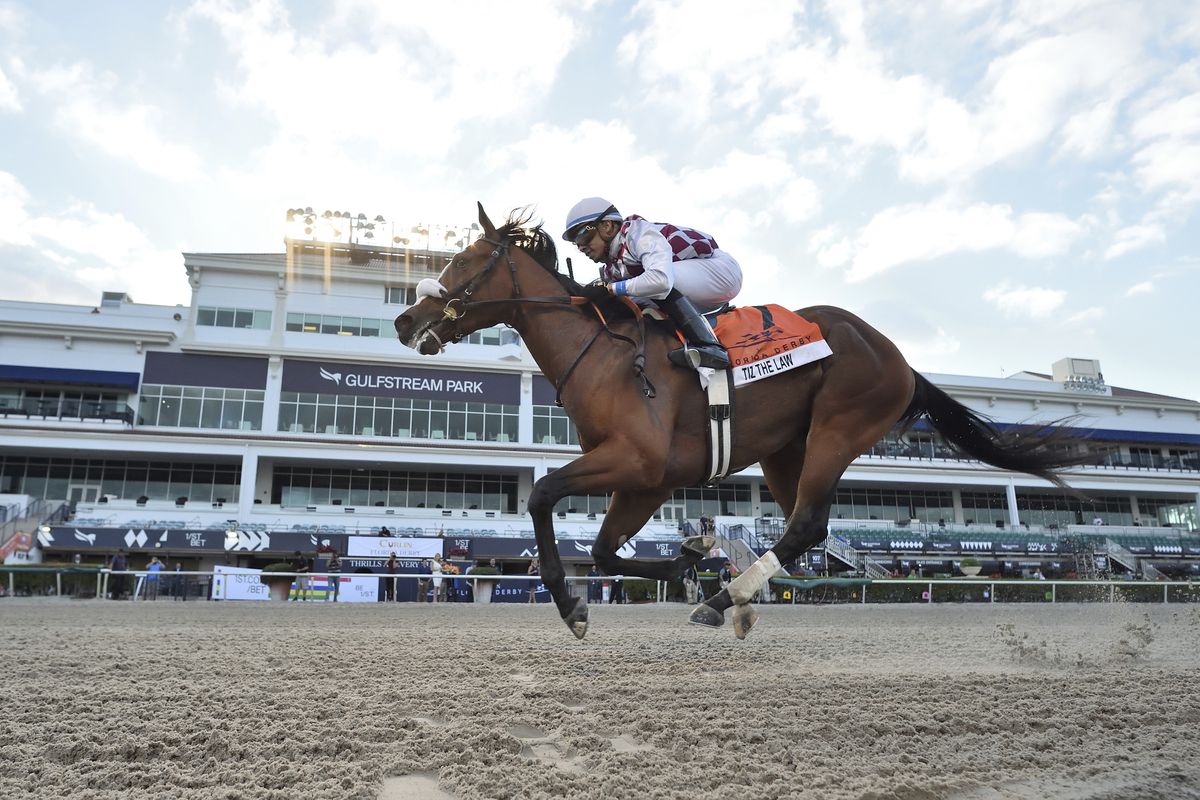 Belmont Stakes favorite Tiz the Law. NBC has it on Saturday. It will be interesting to see how deep the network delves into super trainer Bob Baffert's two sidelined horses.

Saturday, NBC will broadcast the Belmont Stakes without a Bob Baffert horse in the race. A month ago it looked like the super trainer would have the two favorites in the race. His three-year-olds Nadal and Charlatan won the split divisions of the prestigious Arkansas Derby. Shortly after, Nadal, however, was retired to stud, due to an ankle injury that required two screws to repair.

Now, Charlatan was found to have run that race under the influence of an illegal drug (lidocaine). While Arkansas officials continue to investigate, Baffert has decided to pull Charlatan from the Belmont, because of “a filling in his ankle.” The Charlatan findings come on the heels of The New York Times reporting last September that in 2018 Baffert’s Justify failed a drug test after he won the Santa Anita Derby, less than a month before the Kentucky Derby. According to the Times’ Joe Drape, “the rule on the books at the time required that Justify be disqualified, forfeiting both his prize money and his entry to the Derby.”

California racing officials kept the investigation secret for months allowing Justify to race and win the Triple Crown. They eventually ruled that Justify ingested the illegal substance via “environmental contamination” thus giving Baffert a pass. But for years horse-players and horsemen alike have marveled at how Baffert’s horses always seem to show up for big races with record-breaking performances.

This year Charlatan was rumored to be “the fastest horse in the world” after just one race. Now we find out that he was not only fast but felt no pain while allegedly running with lidocaine. So far, Baffert hasn’t gone on record about Charlatan’s Arkansas victory. The “filling” in Charlatan’s ankle could be a convenient excuse for Baffert to avoid facing the New York media and a ton of questions regarding whether his past successes are legitimate.

The question NBC must face is whether they want to get into all this. The appearance or lack of it by Baffert’s horses in this strange Belmont, completely changes the complexion of the race. Without them it’s just another race. The cloud hanging over Baffert’s head is also the elephant in the room.

Saturday we’ll find out if NBC will address it.

NBC Sports will present wall-to-wall coverage of the world’s best horse racing this week, with 25+ hours of live racing. The week is highlighted by a broadcast-record 6+ hours of live horse racing on NBC this Saturday, June 20, with the 152nd Belmont Stakes at 2:45 p.m. ET on NBC capping a day which begins at 9 a.m. ET on the network with the Royal Meeting in Ascot, England.

The coordinating producer of NBC’s horse racing coverage is Rob Hyland, who has been a part of the network’s horse racing coverage since 2001 and serves as the lead producer on his 25th Triple Crown race. The Belmont Stakes is directed by Pierre Moossa. Lindsay Schanzer produces NBC Sports’ Royal Ascot coverage. Hyland, Moossa, and Schanzer will all be handling their roles from NBC Sports Group’s facility in Stamford. Executive producer and president, production, NBC Sports and NBCSN is Sam Flood.

Highlights of Belmont Stakes and Royal Ascot coverage Saturday on NBC include: