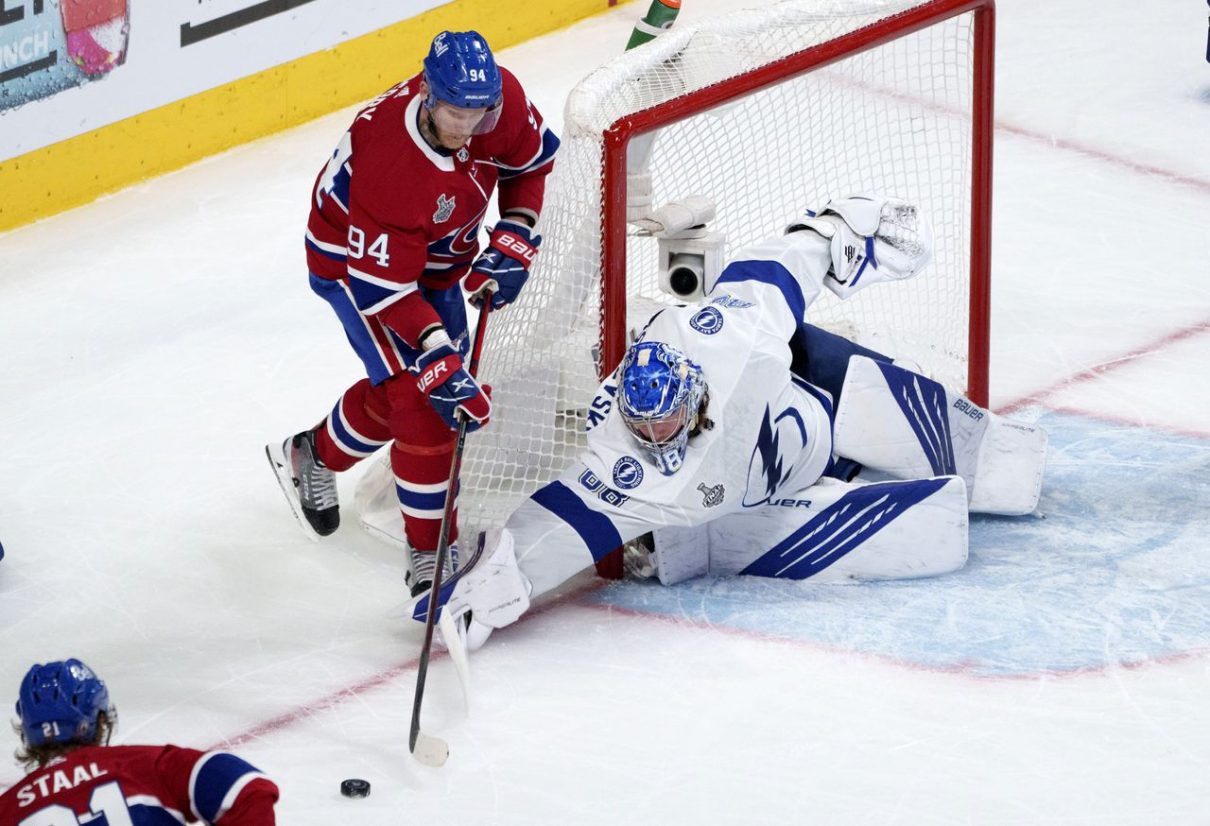 NBC Sports will broadcast at least one more Stanley Cup Final game on Wednesday night. The Montreal Canadiens denied the Tampa Bay Lightning from lifting the cup Monday night. Josh Anderson’s goal at the 3:57 mark of overtime gave Montreal their first win of the series.

There have been different aspects to NBC Sports’ coverage of the Stanley Cup Final this year. I review some of them below in my ten observations of Monday night’s coverage:

1) In past seasons, there has been a two-hour pregame show before each Stanley Cup Final matchup on NBCSN. On Monday night, this was not the case. NBCSN broadcast a re-run of the IndyCar race at Mid-Ohio and a re-run of American Ninja Warrior in the two hours leading up to the Stanley Cup Final game. There could have been multiple reasons for this, but NBC Sports should have had some sort of extended pregame show. It is hard to promote a series if the network itself is not producing extended coverage of it.

2) With Canada’s COVID restrictions, it makes sense why most of the coverage of the game would take place from NBC Sports’ studio. However, the Peacock was able to send their broadcast team of Kenny Albert, Eddie Olcyzk, and Brian Boucher to Montreal along with host Kathryn Tappen (left). She did a good job of painting the picture of the task the Canadiens had in front of it. She talked about how the Toronto Maple Leafs came back from a 3-0 deficit against the Detroit Red Wings in the 1942 Stanley Cup Final.

3) Kenny Albert did a wonderful  job Monday night. He was informative and demonstrated excitement when the game called for it. Sometimes, Albert might be a bit monotone, but there was plenty of inflection in his voice when the action called for it. In the beginning of the game, Kenny mentioned how the Detroit Red Wings were the last team to sweep their opponent in the 1998 Stanley Cup Final.

4) Eddie Olcyzk was quick to jump in with analysis during the game. In the first period, he talked about how the Tampa Bay and Montreal coaches needed to “manage their bench” and play everyone. He brought his always insightful analysis but seemed to be very quick to the punch at certain points.

5) During the first intermission, a six-minute piece narrated by legendary hockey announcer Doc Emrick played about the 16-year run of the NHL on NBC. It talked about the comprehensive history of NBC Sports’ hockey coverage, touching on numerous topics. What stood out from the piece is when Emrick talked about how the “Inside the Glass” position revolutionized NHL coverage. He also talked about Blues’ superfan Laila Anderson and her impact on the St. Louis Blues’ 2019 Stanley Cup run.

6) Olcyzk was quick to point out the impact Tampa Bay defenseman Ryan McDonagh had on teammate Barclay Goodrow’s goal to tie the game 1-1 in the second period. The entire group of NHL analysts on NBC Sports have talked about how the Lightning have generally played better in the playoffs when their defense contributes offensively. This goal was another example of it.

7) During the second intermission, NBC showed Montreal fans cheering in the streets on the background screen in the NBC Sports studio. It is good to see the studio utilizing this screen, but the fans were not doing a whole lot, so it might have been interesting to use multiple and varying shots of the scene.

8) Brian Boucher praised Montreal defenseman Alexander Romanov on his goal to give the Canadiens a 2-1 lead in the third period. Both he and Olcyzk also talked about the impact forward Artturi Lehkonen had on the play as he provided a screen for Romanov’s shot.

10) Josh Anderson would score the winning goal for Montreal in overtime. Kenny Albert yelled, “Score!” and let the broadcast breathe for a good 45 seconds and let the Montreal fans be heard. Olcyzk was the first to talk after the long pause, but it was good to be able to hear how the Bell Centre sounded after the goal.

Tampa Bay leads the series 3-1 and has another chance to hoist the cup Wednesday night at home (8 p.m. EDT, NBC). A Lightning win will bring an end to the era of NHL broadcasting in the United States. NBC’s presentation has revolutionized NHL coverage forever. It will be interesting to see the whole Doc Emrick feature once the series has concluded. ESPN and Turner Sports now have a magnificent blueprint to follow in how to effectively broadcast an NHL game.