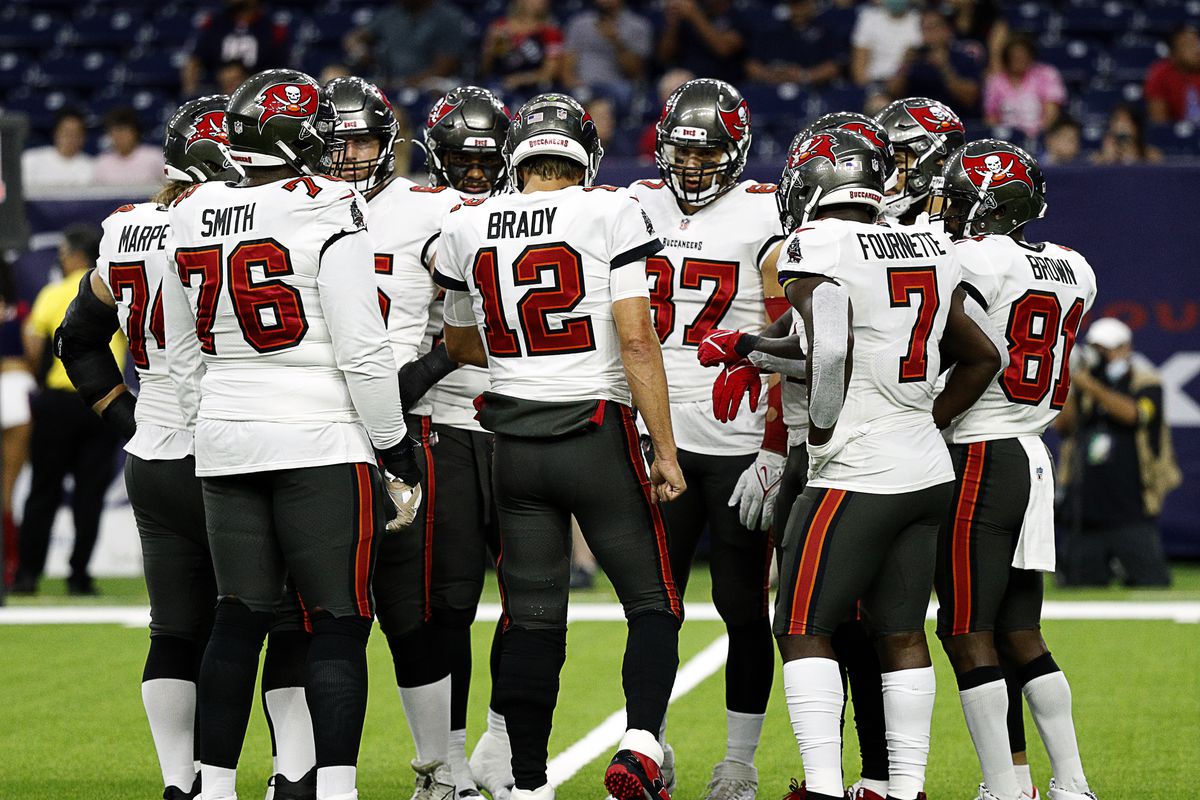 The 2021 NFL season kicked off with a thriller, the Tampa Bay Buccaneers defeated the Dallas Cowboys 31-29. NBC broadcast the game, using its top team, Al Michaels, Cris Collinsworth, and Michele Tafoya. The trio all showed why they make up the premier broadcast team in the NFL.

Here are my notes and observations watching the game:

1.It was good to see player-narrated introductions back on the screen. It adds a little personal touch. What do the players sound like and what will they say? It enables viewers to feel a bit closer to the personalities hidden under the helmets.

2. Al Michaels infused witty remarks into the telecast, including one that profiles the career trajectory of the Buccaneers’ Antonio Brown. The NFL primetime TV vet said that the checkered Brown was a member of the then-Oakland Raiders for “about 20 minutes,” a play on words that hit the spot.

3.Dallas wide receiver CeeDee Lamb made a toe-tap catch in the first quarter which triggered Cris Collinsworth to recall one of Michaels’ bigger calls, when the Steelers beat the Cardinals 27-23 in the 2009 Super Bowl. Pittsburgh wide receiver Santonio Holmes caught the go-ahead touchdown from quarterback Ben Roethlisberger in that game. Both Michaels and Collinsworth know the game well and it was evident throughout the night.

4.After Dallas defensive end Dorance Armstrong Jr. almost forced Tom Brady to fumble, there was a nod to the history books. Michaels and Collinsworth aptly tucked in a reference to the (in)famous Tuck Rule play, (depending on whom you were rooting for in that game, Oakland-New England, 2001). It helped propel Brady’s Patriots to the first of their six championships during the QB’s time in Foxborough. The announcers concluded that Brady only fumbles “when it’s a good thing.”

6.Sideline reporter Michele Tafoya also showed why she is one of the best in the game, adding insight on Cowboys kicker Greg Zuerlein after he missed two kicks (one field goal, one extra point) in the second quarter. She talked about how Zuerlein did not sound too confident going into the game, after his offseason back surgery. Zuerlein did not kick in the preseason for Dallas.

7.At halftime, studio analyst Tony Dungy talked about how he had been at a Buccaneers practice during training camp. In conversations he had with head coach Bruce Arians, he said Arians complained a lot to him about Tampa Bay’s “lack of focus” some days in practice. The Buccaneers were up 21-16 at halftime. Perhaps, some people on the outside were expecting a better performance from Tampa Bay’s defense after holding a Patrick Mahomes’ led Kansas City offense to nine points in last February’s Super Bowl.

8.During the second half, NBC alertly showed a clip of Al Michaels and John Madden talking about Brady just after he won his first Super Bowl. Michaels brought up the question of whether Brady was “for real” or if he was just a one-year wonder. Madden confidently responded that Brady was in fact “for real.” Brady has added six more championships to his resume since then, so it is fair to say Madden was absolutely on point. It was awesome to see footage from back then and how announcers were talking about a young Tom Brady. Credit is due longtime NFL producer, Fred Gaudelli who’s been with NBC since it got the Sunday Night rights in 2006. The men and women in the truck or behind the scenes are often forgotten.

9.Al Michaels is in his last contract year at NBC. Mike Tirico is slated to take over as the lead voice of Sunday Night Football next season. Nonetheless, Michaels is still having fun and has shown no signs of losing his grip on the broadcasts. Taxes were on Al’s mind after refencing Brady’s “pitch” to tight end Rob Gronkowski. Before joining the Buccaneers prior to the 2020 season, Brady and Gronk might have considered the fact that Florida has no state income tax.

10.EVENTS OF THE LAST TWO MINUTES

As NBC got out of the two-minute warning, Michaels and Collinsworth brought up past teams that won back-to-back Super Bowls. Tampa Bay is trying to accomplish that feat this season. But doing this seemed forced in a 28-26 game that was going down to the wire? NBC had plenty of opportunities to talk about this earlier in the game. And again, don’t fault the announcers. When graphics are posted on the screen by the truck, the voices can’t ignore captioning them.

Dallas kicker Greg Zuerlein made a 48-yard field goal with 1:24 remaining in the contest to give the Cowboys a 29-28 lead. Michaels and Collinsworth were setting up the kick, talking about Zuerlein’s struggle and comparing it to a golfer trying to hit a tee shot with a bad back. It was a good comparison. Golfers go through some mind games in that setting, and Michaels and Collinsworth thought Zuerlein might be doing the same. Zuerlein’s kick went right down the middle, as Michaels exclaimed, “It’s good,” Collinsworth added a chuckle to go along with it, as the kick went contrary to how they were setting it up.

Tampa Bay kicker Ryan Succop made a 36-yard field goal with two seconds left to give the Buccaneers a 31-29 lead and essentially seal the game. Collinsworth exclaimed, “Tampa Bay has finally found a kicker!” The Buccaneers have been known in past seasons for their field goal kickers missing consequential field goals that could have swung games in their favor (especially before Brady signed with them in March of 2020). It was a apt comment by Collinsworth, as Tampa Bay fans may still have anxieties about their field goal kickers making big kicks.

Fait accompli? Michaels and Collinsworth sounded confident that Tampa Bay had won the game, even though there were two seconds left. While Dallas’ chances of winning were slim-to-none, the voices still might have jumped the gun a bit. Nonetheless, Tampa Bay won the opening game of the season.

Michaels, Collinsworth, and Tafoya all get As for their performances of the opening game of the season.

Michaels was as sharp and clever as ever. Collinsworth provided a depth of analysis and interacted naturally with Michaels. Tafoya too added plenty of insight from the sidelines. NFL fans will be happy to know that the trio will be calling the Super Bowl on February 13, 2022. That could be Michaels’ last game with the Peacock, but in his first broadcast of the 2021 season, he and his cohorts kicked off the season in grand style.

The Buccaneers’ 31-29 win over the Cowboys on Thursday night averaged a preliminary audience of 26 million viewers across NBC and streaming platforms, marking the best NFL Kickoff game figure since 2015.