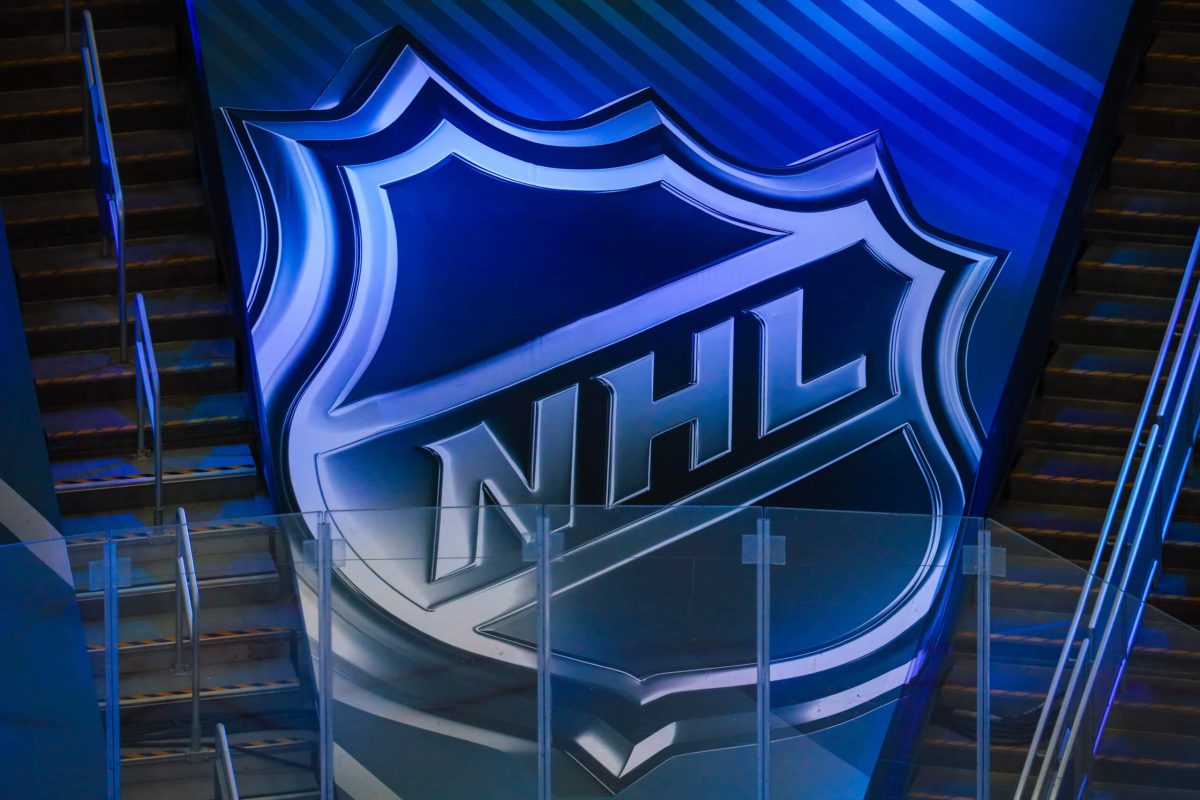 NBC isn’t shortcutting its production as it presents its final Stanley Cup. The network’s rights end after the season. ESPN and Turner will share the rights beginning this fall.

The network stepped up national television coverage for the NHL overall during the past 16 seasons. NBC launched the Winter Classic, played outdoors annually in large stadiums, introduced a Wednesday Night series and had the popular Doc Emrick call the play-by-play.

The Stanley Cup playoffs started last weekend and these are the voices that NBC has assigned.

Kenny Albert: First (and last) year as the lead NHL broadcaster on NBC. Prior to Doc Emrick’s retirement last summer, he had been NBC’s #2 announcer. Kenny called the Stanley Cup Final each year since 2016 on Westwood One. he’s also been the radio voice of the New York Rangers since 1995. Albert is of one of America’s greatest sports broadcasting families. The 53 year old is a regular on Fox’ coverage of the NFL and he also fills in on New York Knicks television broadcasts when Mike Breen is unavailable. The New York native will continue the Albert family legacy as lead voice of Turner’s NHL coverage starting next season.

John Forslund: Set to join the Seattle Kraken next season as their first-ever television broadcaster. Had held the same job with the Hartford Whalers/Carolina Hurricanes franchise from 1995 until 2020. One of the most popular announcers in the NHL today, known for his catchphrases such as “Hey, hey, whaddya say?” and “That’s hockey, baby!” Expected to land a role with either ESPN or Turner next year as well.

Brendan Burke: Television voice of the New York Islanders since 2016. Ithaca grad, 36, is a rising star in hockey media and could one day be a national #1 NHL play-by-play man. Came up through the minors with Wheeling (ECHL), Peoria (AHL), and Utica (AHL). Has worked nationally with NBC since his first season with the Islanders. Father, Don, was a sportswriter for The Star-Ledger (Newark, NY).

Alex Faust: Television voice of the Los Angeles Kings since 2017. 32-year-old is currently the youngest TV play-by-play announcer in the league. Also calls college sports and The Spring League football for Fox, tennis for the Tennis Channel. Served as the lead college hockey voice for New England Sports Network and Westwood One before landing the Kings job. Won Jim Nantz Award as top collegiate sportscaster as a junior at Northeastern.

John Walton: Radio voice of the Washington Capitals since 2011. Miami University graduate was previously a broadcaster for American Hockey League teams in Cincinnati and Hershey, and spent seven seasons as the public address announcer for the Cincinnati Reds. Started his tenure with NBC calling college hockey and worked his way up to a regular NHL schedule. Traveled to South Korea to call games at the 2018 Olympics.

Ken Daniels: Television voice of the Detroit Red Wings since 1997. Toronto native, 62, started his career in a non-sports radio role in his home country before moving to sports media and play-by-play in the late 1980s with the Toronto Maple Leafs. Worked for CBC during the ‘90s as a national play-by-play announcer and host, occasionally filling in for Ron MacLean on Coach’s Corner with Don Cherry.

Eddie Olczyk: Lead booth analyst for NBC since 2006. Color commentator for the Chicago Blackhawks. Chicagoland native, played over 1,000 games in the NHL and won a Stanley Cup with the New York Rangers in 1994. Served as Sidney Crosby’s first head coach in Pittsburgh. Will also work in-studio during the playoffs. Next season, will join Turner as its #1 analyst, but will stick with NBC as a handicapper for its Triple Crown horse racing coverage.

Keith Jones: Part of the main studio for NBC. Color commentator for the Philadelphia Flyers. Western Michigan alum played nine seasons in NHL before retiring due to injuries. Contributor to morning show for Philadelphia radio station WIP. Will also be in-studio during the playoffs.

Brian Boucher: Lead Inside-the-Glass analyst for NBC since 2019. The network coined the role. Rhode Islander, played parts of 13 seasons in the NHL as a goaltender. Went 332 minutes and 1 second without allowing a goal for a stretch in the 2003–04 season, the longest shutout streak since the 1920s. At 44, he has become one of the most highly-regarded hockey analysts out there today. Will move to ESPN in the exact same role next fall.

Pierre McGuire: Pioneer of the Inside-the-Glass position and lead Inside-the-Glass analyst for NBC from 2005 until 2019. Briefly coached the Hartford Whalers in the 1990s. Won a Stanley Cup as an assistant coach with the Pittsburgh Penguins in 1992. Has been in media since the late 1990s on both sides of the border.

AJ Mleczko: NBC’s lead women’s hockey analyst, started broadcasting NHL games after the 2018 Olympics. Studio analyst for the New York Islanders when not working nationally. Won a gold medal with Team USA at the 1998 Olympics, a silver medal in 2002, and the Patty Kazmaier Award as the best women’s college hockey player, her senior year at Harvard.

Joe Micheletti: Color commentator for the New York Rangers, mainstay on national hockey broadcasts for a quarter-century. The 66-year-old Minnesota alum played defense in both the NHL and World Hockey Association, and was the #2 analyst for Fox’s NHL coverage in the 1990s. Joined the Rangers telecasts in 2006, succeeding John Davidson.

Dominic Moore: First year with NBC after retiring from his playing career in 2019. Played almost 900 NHL games for 10 different teams. Harvard graduate, 40, won the Masterton Trophy for perseverance in 2014. Will also work in-studio during the playoffs.

Jody Shelley: Color commentator for the Columbus Blue Jackets, making his national TV debut these playoffs. Played over 600 games in the NHL, serving as an enforcer. Led the NHL in penalty minutes during the 2002–03 season. Joined the Blue Jackets’ front office after his playing career ended in 2013, named the team’s TV game analyst a year later.

Chris Cuthbert: Calling Toronto-Montreal series with Craig Simpson. First year as Sportsnet’s lead broadcaster, with Hall of Famer Jim Hughson refusing to travel. Calls partial Toronto Maple Leafs local schedule. 64-year-old joined Sportsnet for the 2020 playoffs after a long stint with rival TSN as its lead CFL voice and co-lead NHL voice, with regular NHL work on NBC as well. Previously had been the #2 NHL announcer on CBC behind legendary Bob Cole. This will be his first Stanley Cup Final.

Harnarayan Singh: Calling Edmonton-Winnipeg series with Louie DeBrusk. First year doing play-by-play in English after over a decade as the lead voice of Hockey Night in Canada’s Punjabi edition. Alberta native, 36, had occasionally worked on English broadcasts as a sideline reporter prior to this season. His Punjabi call of a game-winning goal by Nick Bonino during the 2016 Stanley Cup Final went viral. First Sikh broadcaster to call an NHL game in English.

John Bartlett: Calling assorted American-based games remotely with Garry Galley. Rejoined Sportsnet in 2018 after three seasons with TSN. 42-year-old had worked Sportsnet’s Toronto Maple Leafs schedule portion prior to this season, and before that served as the Montreal Canadiens’ English announcer on radio and then TV for seven seasons. Named American Hockey League radio broadcaster of the year in 2007 while working for the Toronto Marlies.

Craig Simpson: Lead analyst for Hockey Night in Canada since 2008. Color commentator on Sportsnet’s portion of Toronto Maple Leafs local schedule. Two-time Stanley Cup champion as a player with the Edmonton Oilers, forced to retire at age 28 due to injuries. Still the NHL’s all-time leader in shooting percentage.

Louie DeBrusk: Second year as Sportsnet’s #2 analyst. Color commentator for the Edmonton Oilers. Played parts of 11 seasons in the NHL, primarily serving as an enforcer. Started his broadcasting career as a radio analyst with the then-Phoenix Coyotes before moving to TV in Edmonton in 2008. Son, Jake, is a forward for the Boston Bruins.

Garry Galley: Has worked with Sportsnet since it landed exclusive Canadian rights in 2014. The network’s #2 analyst from 2016 to 2019. NHL defenseman for 17 seasons, All-Star appearances in 1991 and 1994. Worked as the color commentator for his hometown Ottawa Senators before taking a job with Hockey Night in Canada in 2010.