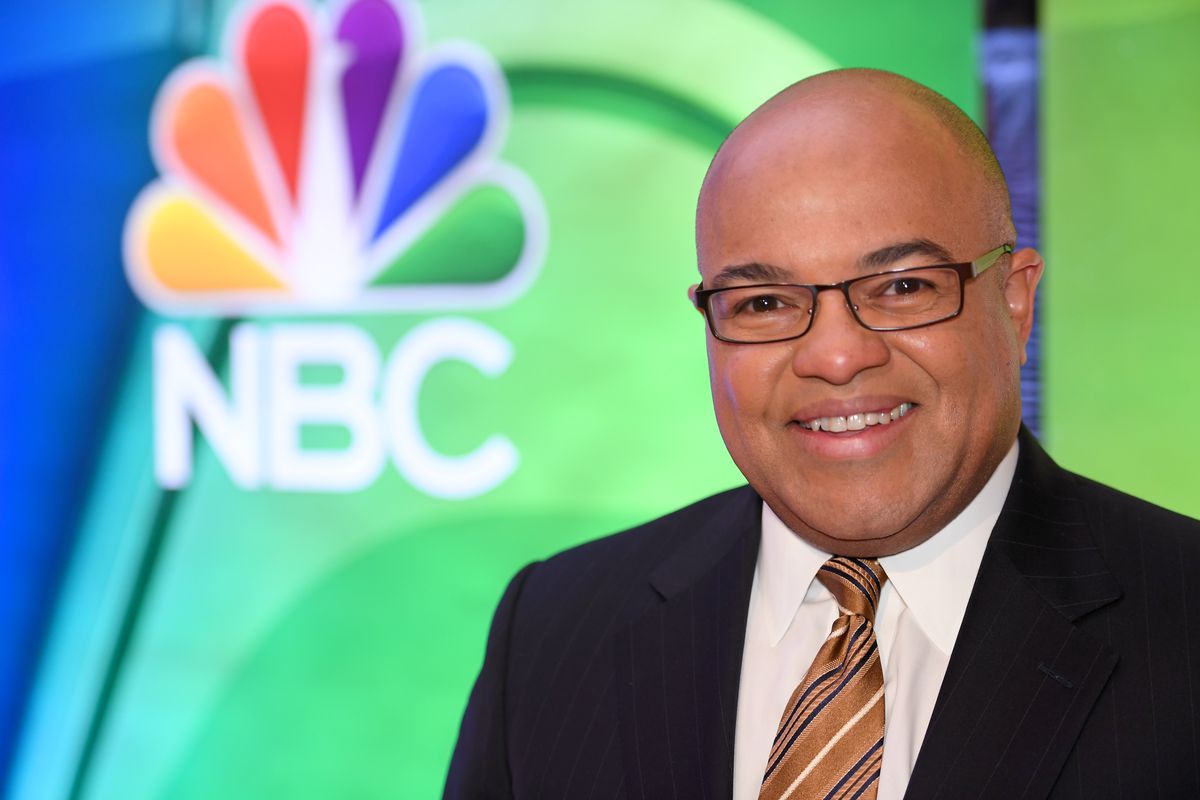 A pro’s pro. How often have we heard that about those in sports broadcasting?  About as much as we hear superlatives about the players. You’ve heard them, “great”, “supreme athleticism,” and “one of the best ever.”

Here’s the rub on NBC Sports’ Mike Tirico. He defines the intersecting qualities that are required for his diverse role. He’s dependable, smooth, comfortable, nifty and most impressively is conversant on a broad range of topics. Mike indeed is a pro’s pro.

You might think it’s a disservice to call him a generalist. Yet he takes the label as the ultimate compliment. The native New Yorker likely makes his bosses feel at ease. When he’s on, they know the show is in good hands.

Mike, who turns 53 in December and has been at it for 32 years, has earned his stripes by a range of measures, reliability, quality and scale. From the time he hit the national spotlight as an ESPN anchor in 1991 to today, serving visibly as the face of NBC Sports, Tirico continues to demonstrate why he’s one of the country’s top trusted sports voices.

By now we know that if the event is big Mike can’t be far away. Think about the past few months.  He called the implausible Masters, when Tiger Woods revived his major chase of Jack Nicklaus’ all time record. He was in the host’s chair at Churchill Downs to witness one of the most complicated and riveting finish in the history of The Kentucky Derby. After the Triple Crown, he covered the Indianapolis 500, then the Open in Northern Ireland and if that’s not enough it’s September.

Yes, for Tirico, the fall means football and lots of it. On Sundays, Mike hosts Football Night in America and on Saturdays he does Notre Dame play-by-play. This past weekend Tirico was in South Bend to do the Irish-Virginia game. He then had to rush back to NBC’s Connecticut studio for Sunday Night Football. Oh, and this is an Olympic off-year for a man evolving into the face of NBC Sports.  But he’ll be ready next year.

We remember the young, up and comer from Syracuse University delivering the highlights on ESPN’s flagship SportsCenter.  At NBC since 2016, it’s pretty clear that like his predecessor, fellow SU alum Bob Costas, Mike will be NBC’s go to guy on anything that mean’s something.

Last week, I had the chance to catch up with Mike on in his busy life, his thoughts on his early days at ESPN and how his career arc took him to NBC.

Your formative years in the business were spent in Syracuse at WTVH while you were a student at Syracuse University.  What were your  learning experiences like and what did you carry forward from those early days?

I started as an intern and by my junior year, I was hired to anchor weekends. After I graduated, I was fortunate to be offered a fulltime job at the station in Syracuse. So I remained there a few years before moving to ESPN. What stuck from my experience there was the collaborative effort of the staff, the teamwork and the potential to learn from one another.

You arrived at ESPN in 1991. Many say that the 90s were the heydays of ESPN, particularly the flagship show SportsCenter.  Please give us an insider’s view of what it was like in the hallways those years.

It was a great time. Little did we know then that great talent like Chris Berman, Chris Meyers, Bob Ley, Stuart Scott, Karl Ravech, Charley Steiner, Keith Olbermann, Dan Patrick, Gary Miller, Rich Eisen, Robin Roberts, Suzy Kolber and others would have such long and successful careers.  These were talented people, many still prominent on network television.  I think we all cherish those years together. When I attended ESPN’s 40th anniversary, I enjoyed the time I spent with all of them.

Some ESPN people you reference are now identified with individual sports. You’re considered a reliable and successful generalist. Agree?

I take the word generalist as the highest compliment.  It evolved for me as opportunities presented themselves beyond SportsCenter. It’s a very different skill set to host a studio show, a golf event, a podcast or do play by play for football. I love each challenge.

When ESPN was formed in 1979, it was nirvana for the sports fan and a destination for many aspiring sportscasters.  Does the same goal still apply today? Viewing habits have changed dramatically. Do today’s generation of younger broadcasters still view ESPN thru the lens that you did?

I’m still engaged at Syracuse University and most young sportscasters today want to be host and share their opinions on radio or television.  When we came along, all we wanted to do was play by play, to describe events.  I think that’s a bit of a seed change of this ESPN generation. I tell these young folks that when you put the scoreboard in the corner and the clock starts ticking, the ratings go up. The games are still the thing. Without the games, there are no studio highlights or opinion shows.  Yet I can see where these shows have their appeal to this generation.

When you started, who were your model broadcasters?

Any of us who grew up in New York idolized Marv Albert and held his work in the highest regard. I mean just watching how he’d do the 6 and 11 sportscasts on WNBC-TV and in between sneak in a Knicks or Rangers broadcast. On weekends, he’d do NBC events such as boxing from Rahway State prison with Dr. Ferdie Pacheco. It just reinforced my goal to expand my activity beyond one role. Other role models were Dick Stockton and Bob Costas.  And one of the joys of being at NBC now is working with some of the all-time greats like Al Michaels.

(We’ll have more of our conversation with the likable Mike Tirico later this week.)

Really interesting, and of course he is now in the position on the Olympics of being this generation’s Bob Costas, as he was the previous generation’s Jim McKay. I love his comment about hosting and play-by-play–if you can do play-by-play, you can host, though not necessarily as well as a longtime host (Jack Buck was not happy in his “Grandstand” experience on NBC, for example). But if you’re a host, it doesn’t mean you can call the action. The better the training, the better the broadcaster. Interesting that he mentions Dick Stockton, because some people forget that before his run… Read more »