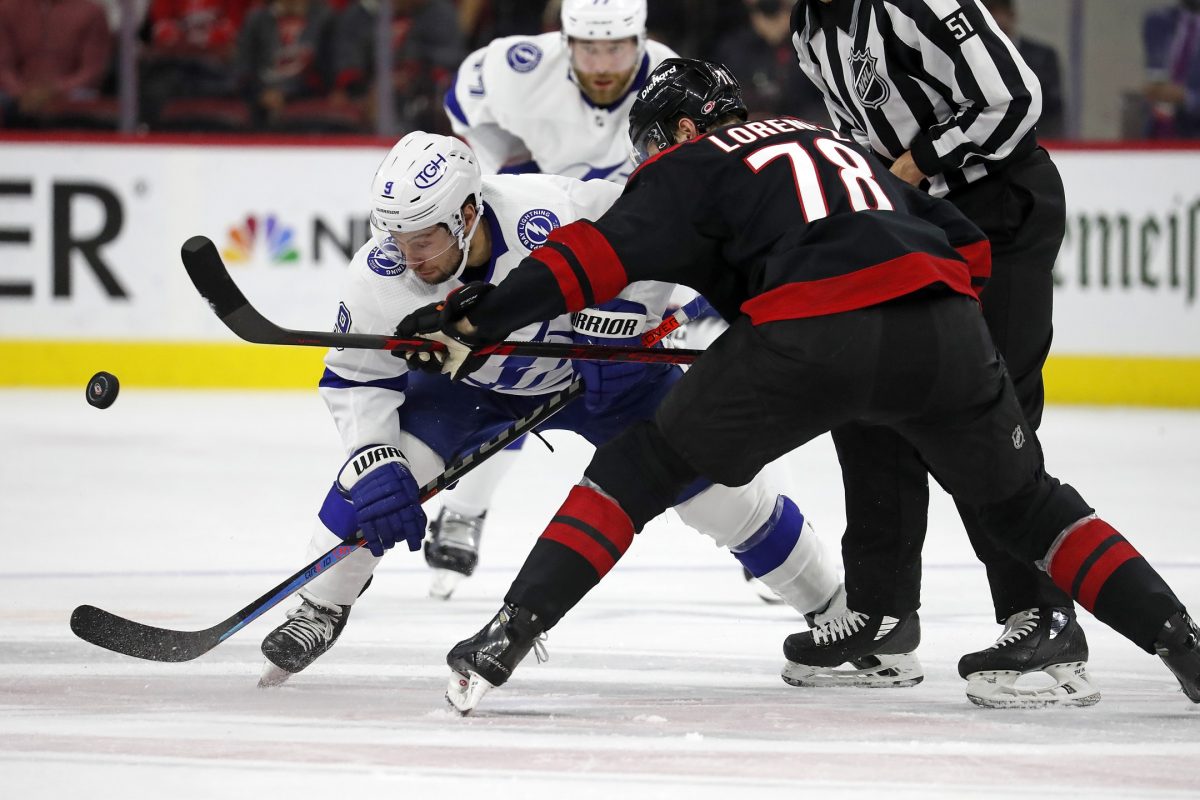 Two competitive series are starting to take shape in the NHL’s Stanley Cup Semifinals. Both the New York Islanders-Tampa Bay Lightning and Montreal Canadiens-Vegas Golden Knights series are tied at one game apiece.

Despite this being NBC Sports’ last run with the Stanley Cup Playoffs, there are a number of changes to the coverage for this year’s semifinal series. Games are being shown on the USA Network in this round, which has not been the case previously. One reason might be the U.S. Olympic Trial coverage that has run on both NBC and NBCSN. USA Network will have the coverage Thursday, Friday, and Saturday night. This weekend NBC and the Golf Channel also have the U.S. Open.

These are my ten observations of the past four days of NBC Sports’ NHL coverage:

1. One of the introductory statistics that was shown was that the Islanders were 3-for-5 on the power play in the last two games of their series against the Boston Bruins (NYI won series 4-2). But all three of New York’s power play goals came in its Game #5 victory. All six goals that the Isles scored in Game #6 of the Boston series were even strength. The statistic felt a bit misleading and seemed a bit forced.

2. The chemistry between Albert, Olcyzk, and Boucher has been improving throughout the playoffs. Olcyzk talked about players needing to “shoot to score”. Albert countered with the witty question, asking Olcyzk if he always shot the puck to score, to which Olcyzk responded, “Always.”

3. Olcyzk always does a great job of observing whether players need to go to the locker room and where they are on the ice. Specifically, he mentioned how Lightning forward Steven Stamkos was not on the ice during the majority of the second period. Olcyzk called this a “developing story”, but Stamkos was back on the ice for Tampa Bay’s power play near the end of the period.

4. The Golden Knights were the heavy favorites going into this series, but Montreal showed up to play in the first period. In the studio during the first intermission, analyst Dominic Moore stated that the Canadiens “made a statement for the North Division in the opening minutes of the game.” Moore provided in-depth analysis about Montreal while fellow studio analyst Anson Carter focused on Vegas. This makes sense, as Moore was the color commentator during the second round series between Montreal and the Winnipeg Jets.

5. During the third period, Forslund teased McGuire about doing the wave with the Vegas fans. McGuire, staying professional, said “I have to stay impartial.” It was quite the witty remark as Vegas’ T-Mobile Arena has gained the reputation during the playoffs as a tough place to play.

6. In the open to the game, Albert introduced Olcyzk, but Olcyzk was the one who introduced Boucher by asking him a question. Having the color commentator ask the “Inside the Glass” commentator was an interesting dynamic. It made the opening interaction between all three of them more conversational. Conversely, Forslund introduced both Micheletti and McGuire in Game #2 of the Montreal-Vegas series.

7. Olcyzk showed his frustration with Tampa Bay having too many men on the ice on the goal that gave the Lightning a 2-1 in the game. It was a crucial play in the game, and Olcyzk noticed it while no one said anything else about it during the replay. Islanders coach Barry Trotz also voiced his displeasure, which was noticed by Olcyzk. Later, New York winger Matt Martin said, “It was missed, that’s hockey.” He added, “It happens, and there’s nothing we can do about it. Move on to the next game at home and focus on that.”

8. In the game open, John Forslund called Montreal goalie Carey Price and Vegas goalie Marc-Andre Fleury “two of the all-time great” goalies. This remark was a bit forced. While Fleury does have three Stanley Cup rings from his time with the Pittsburgh Penguins, he was the primary goaltender for only one of those Stanley Cup runs. Price has never played in a Stanley Cup final. Some Canadiens fans may argue that one Patrick Roy, who won two Stanley Cups with Montreal, is the best goaltender in NHL and Canadien history.

9. Montreal defenseman Jeff Petry was shown on camera multiple times during the first period. Many, including studio host Liam McHugh, noticed his bloodshot eyes during the first period of the game. McHugh came up with another one of his wry one-liners, “Yes we did notice Jeff Petry’s eyes,” during the intermission. Studio analyst Keith Jones added he had “no idea what was going on there.” It was reported after the game that Petry has “broken blood vessels” around his eyes.

10. During the second intermission, NBC made use of its background graphics and showed video of Islanders fans. First off, NBC is using another studio setup where the host and analysts sit opposed to stand which is new.  Secondly, having this background graphic could help the voices explain certain plays and why players skate in different directions. This setup could be more like how TNT analysts go back to its big screen during NBA games.

NBC Sports has done a good job adjusting to having the Stanley Cup Playoffs in an unaccustomed schedule. The network is adjusting on the fly with the playoffs being at non-traditional times and the Olympics too, being delayed. Because of these factors, it will be interesting to see how the coverage might change with the games on USA Network the next few nights. Nonetheless, NBC Sports continues to deliver fans with in-depth coverage of the Stanley Cup playoffs while not being too controversial.