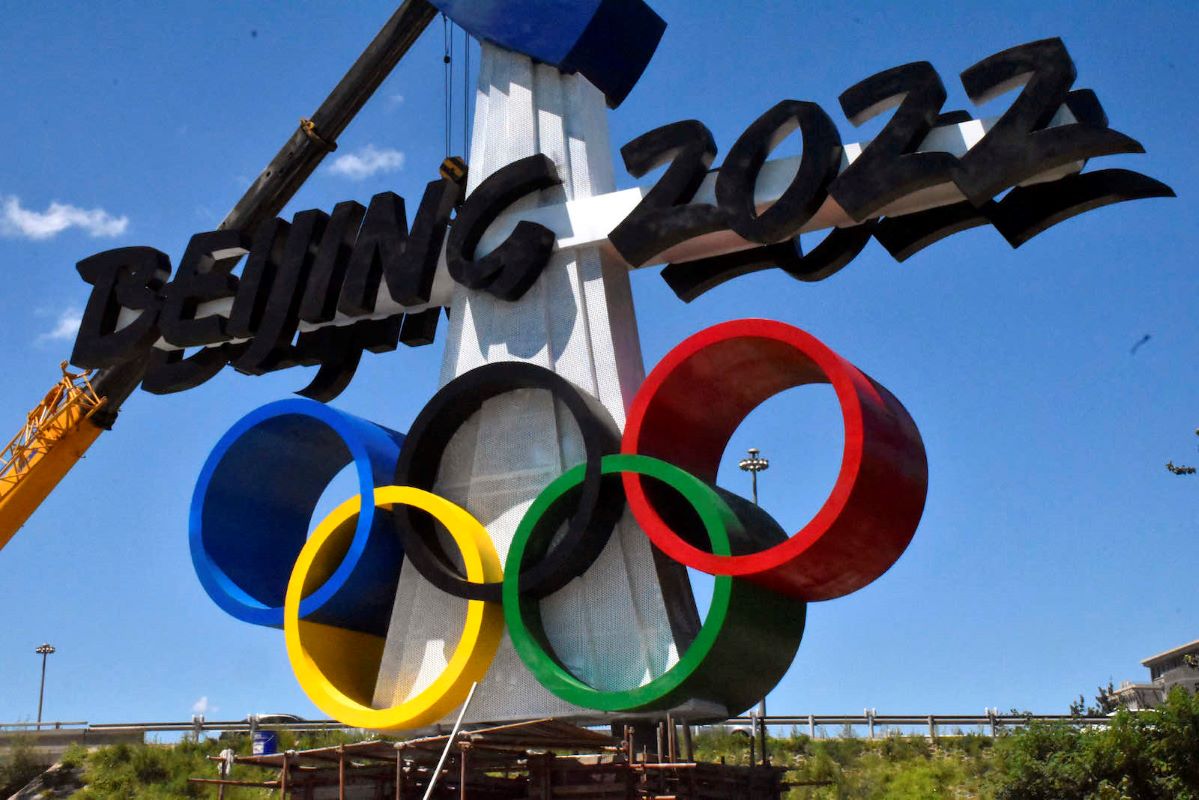 In about two months, propelled by television rights dollars and proud sponsor money, the world will soon be offered the latest edition of the International Olympic Committee’s (IOC) propaganda-rich sporting event, the Beijing Olympics in China, a country whose policies are the antithesis of democratic ideals.

In the U.S. the Olympics will be televised by NBCUniversal and its many platforms, February 4-20, (although NBC’s coverage will commence on February 3). It should be no surprise to media watchers that the Beijing Olympics has provided the Peacock network with three major problems:

It is the last point that executives at NBCUniversal might be having the most sleepless nights because the televising of the Tokyo Summer Olympics attracted the fewest viewers since NBCUniversal began covering the Summer Games in 1988, averaging 15.5 million viewers for its prime-time broadcast and digital presentations each night, NBC reported. And the Summer Olympics are usually a greater viewership draw than their Winter counterpart.

Despite the news coverage of the controversy regarding the Beijing Olympics, with 100 days until the Opening Ceremony, a Morning Consult poll revealed that “the share of Americans who are aware that the games are happening at all is far lower than it was ahead of this past summer’s Tokyo Games, which were the least-viewed Olympics on record.”

The poll also showed a lack of interest in the Winter Games. “The share of Americans who said they plan to watch the 2022 Winter Games was also significantly lower than it was for last summer’s Tokyo Games at the same point. Forty-one percent of U.S. adults say they plan to watch “a lot” or “some” of the Beijing Games either on TV or via a streaming platform, well below the 61 percent who said in March that they planned to watch the same amount of the Tokyo Games,” according to the poll.

Beijing was the IOC’s choice for the 2022 Winter Olympics, a decision made in 2015 after European bids including Oslo and Stockholm pulled out for financial or political reasons. The IOC was left with only two candidates: Beijing and Almaty, Kazakhstan. IOC members chose Beijing in a 44-40 vote, reported the Associated Press.

What will be of extreme interest to sports marketing bean counters is if NBCUniversal though its various promotions is able to improve the dismal poll number about interest in the Beijing Games that was revealed in the 100 days to go poll.

While delivering a satisfactory audience to its sponsors might be NBC’s most pressing internal problem, perhaps, Rebecca Davis hit it on the head, when she wrote about what many people consider the most external important aspect of NBC’s televising the Beijing Games. Ms. Davis wrote in an August 5th article in Variety that “it poses a sticky problem for NBC, which has paid historic sums for U.S. Olympic broadcast rights but risks directly purveying Chinese propaganda and legitimizing a regime seen as committing crimes against humanity if it proceeds with business as usual.”

“Tough moral dilemmas are easily lost amid such big business,” she wrote.

In 2014, NBCUniversal paid $7.75 billion for the exclusive broadcast rights to the Olympic Games from 2022 to 2032. NBC didn’t pony up that money just to provide entertainment for its viewing audience. It was a business decision, just as are the decisions of sponsors of the Olympics, with the profit factor being the deciding issue whether to sponsor or not. If this isn’t big business, what is?

In order to regain the journalistic credibility that it lost during the Tokyo Olympics when it failed to report on controversies, NBC has to stop pretending that the Beijing Olympics are not infested with global politics. The human rights abuses of the Chinese government are well established, as is its expansive foreign policy. Ignoring them is tantamount to self censorship.

Even if NBC ignores the human rights policies of China during its Olympic coverage, Americans aren’t.  “For the first time since the Ronald Reagan Presidential Foundation and Institute began surveying Americans about national security four years ago, a majority of Americans—52%—named China as the nation posing the greatest threat to the U.S. That is up from 21 percent four years ago. Russia came in at a distant 14%—a shift from three years ago when 30% of Americans considered that country to be the biggest risk, while China came in second place at 21%,” according to a new poll. It’s safe to assume that both NBCUniversal and its American TV sponsors  and the IOC and its worldwide American sponsors are not happy about the results of that poll, which was released just prior to when promotions of the Beijing Olympics will hit full stride.

But even if NBC wants to report on the political abuses in China, it might be impossible for them to do so because the world feed is controlled by China. But that doesn’t mean that NBC’s news programs immediately before and after each day’s games’ telecast shouldn’t report the truth. Every other network will.

A New York Times story on November 30 showed what NBC might be up against even if it attempts to report as a legitimate news organization should: The article  was headlined, A ‘Simpsons’ Episode Lampooned Chinese Censorship. In Hong Kong, It Vanished. The episode mocked both Mao Zedong and the government’s efforts to suppress memory of the 1989 Tiananmen Square massacre.

In late October, NBC posted on-line an article titled, “Winter Olympics 2022 Guide With Beijing Dates, Fun Facts and More.” What was missing from the “Fun Facts” was that NBCUniversal, the IOC and sponsors are more interested in the financial aspects of the games than the outcome of athletic competitions, and that government officials around the world and human rights organizations do not think that what is happening in China and Hong Kong is fun.