In a format that allows for just about anything, this year’s NCAA Men’s Basketball Tournament tournament has shaped up for interesting stories about 64 teams. The bracket is below and the title game is scheduled for April 4th in New Orleans.

With 16 games scheduled for noon yesterday, CBS and Turner broadcast crews had lots to discuss.

Throughout this close game between an eight and nine seed, Jim Jackson provided expert analysis for both the casual and invested fan. One such anecdote occurred in the second half, when Jackson mentioned how for Creighton to stay competitive, its bench needs to score to contribute. Up to that point of the game, the Blue Jays bench was scoreless.  Jackson’s analysis was complemented well by Brian Anderson’s play-by-play style, not getting overly excited, yet providing pertinent info. Anderson ramped up his energy during the overtime period when Creighton’s Trey Alexander made a big scoring run to give the Blue Jays the win.

In a game that was one-sided, Andrew Catalon provided engaging narratives profiling St Mary’s. In an era of college basketball where programs can now rely more heavily on the transfer portal to recruit players, Catalan and Katz made mention of how the St. Mary’s program has not utilized the portal, rather trusting the culture that has been created and sticking to his players. The other narrative that played out on the court was the difference in energy from the two squads.  Lappas noted how the Hoosiers had played a hard-fought game against Wyoming on Tuesday, whereas St. Mary’s had nine days off. Combine this with a break for a cheerleader to rescue the ball from above the backcourt and you had an interesting broadcast. Katz was a longtime ESPNer.

Brad Nessler’s signature tone made its mark, never shouting or being distant. It greatly contrasted the electric (and sometimes out-of-control) personality of New Mexico State guard Teddy Allen, who was beyond ecstatic to see his team pull off the upset.  His game backed up his emotions, with a 37-point performance that will be long-remembered.  Evan Washburn’s post-game interview with Allen had to go slightly off-script because of his unique answers, all praising his team’s performance.  While braggadocious, his personality was made for March and made the game entertaining.

This game was anything but ordinary. Energetic Ian Eagle matched both the pulsating on-court action and the fans in the building. As the game drew closer to its overtime end, Eagle accelerated his voice to a crescendo. It was contagious.  Jim Spanarkel broke down Kentucky’s premier big-man Oscar Tshiebwe, both his positive and negative impacts. As the biggest upset of the tournament thus far ended, Eagle had some great quotes, stating that “The Peacocks are giant killers”. The St. Peter’s win was the biggest upset of the day. The announcers talked about how St. Peter’s, a small school from Jersey City, knocked off a Blueblood.

Nessler’s broadcast was smooth as expected. Oftentimes, the broadcast team let the game do the talking, allowing for longer pauses in their conversations and fewer game interruptions. Nessler accurately predicted at halftime that despite having no points, JD Notae of the Razorbacks would wind up in double digits  He was correct once. Nessler did jinx the Catamounts of Vermont mentioning how they could follow two previous upsets they broadcast, where New Mexico St and Richmond were able to oust two #5 seeds earlier in the day.

This game was highlighted by Steve Lappas’ analysis of the adjustments UCLA had to make to stay competitive with a hungry Akron team looking to play spoiler. The former Villanova coach described how early in the game, Akron forced the Bruins to play faster than their usual pace where they thrive, playing a slower and more methodical style of basketball.  This forced UCLA to miss shots early, especially from their star Johnny Juzang. He was remembered for leading UCLA to its Final Four run last year.

Eagle’s message to audiences throughout this game was that we knew this was going to be a close matchup between two mid-major schools.  Ja Morant, who is the most notable basketball alum from Murray State was also a point of discussion, noting how this is the Racers’ first tournament appearance since he was on the team in 2019.  Eagle’s energy was equally ramped up for this contest, which was warranted given that this game also went to overtime.  Murray State eventually sealed the victory, keeping their incredible record with only 2 losses on the year.

Over the course of the regular season, the Jayhawks number one player was Ochai Agbaji. In this first round matchup, however, Brian Anderson and Jim Jackson were fascinated by the performance and story of Kansas guard Remy Martin.  Originally from Arizona State, Martin transferred to Kansas and had a roller-coaster season troubled by injuries and gaining his spot back in the Jayhawks rotation. Martin certainly played well, being the leading scorer for the Jayhawks along with leading the team in assists. While this wasn’t a close game, watching a balanced attack led by Martin suggested an intriguing preview of Kansas’ potential in the tournament. 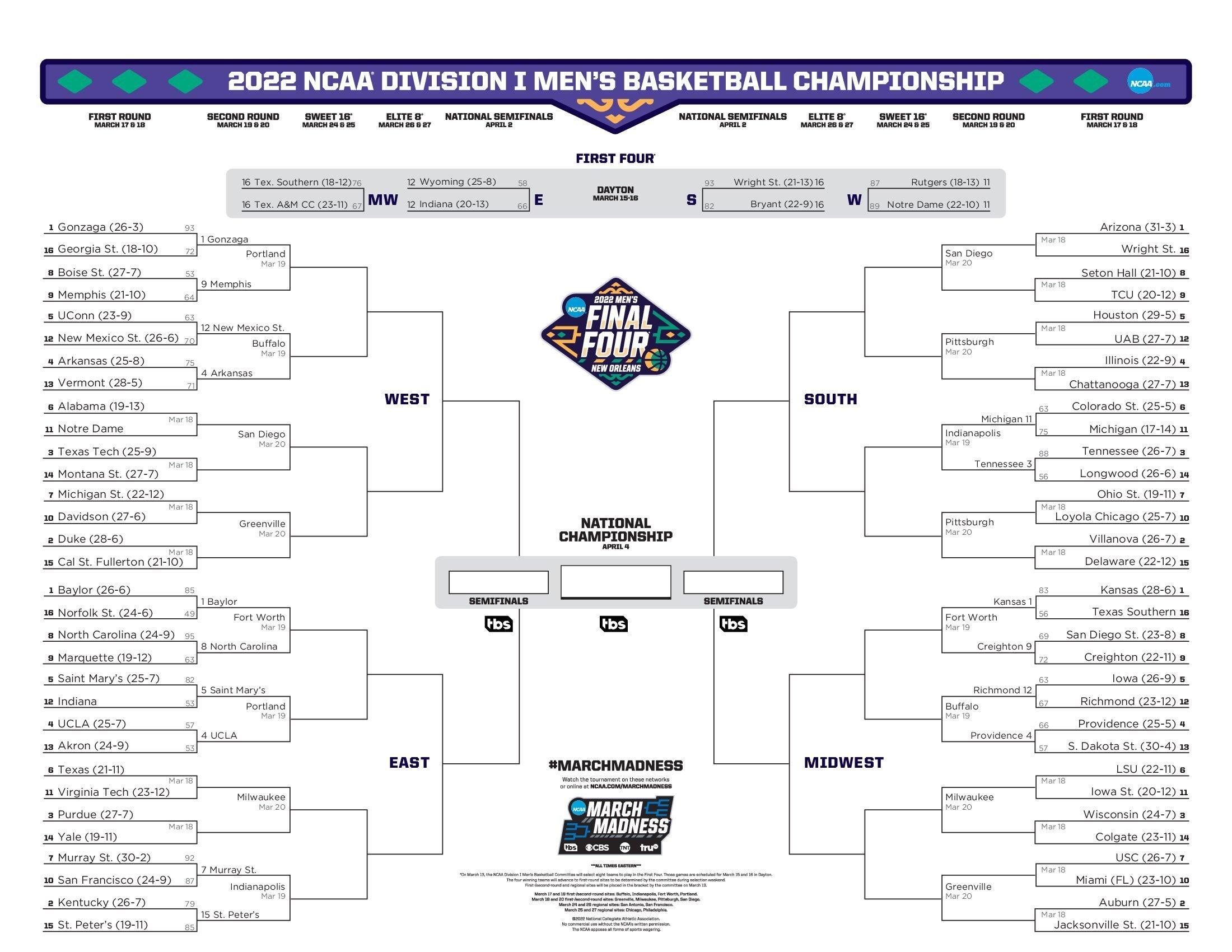