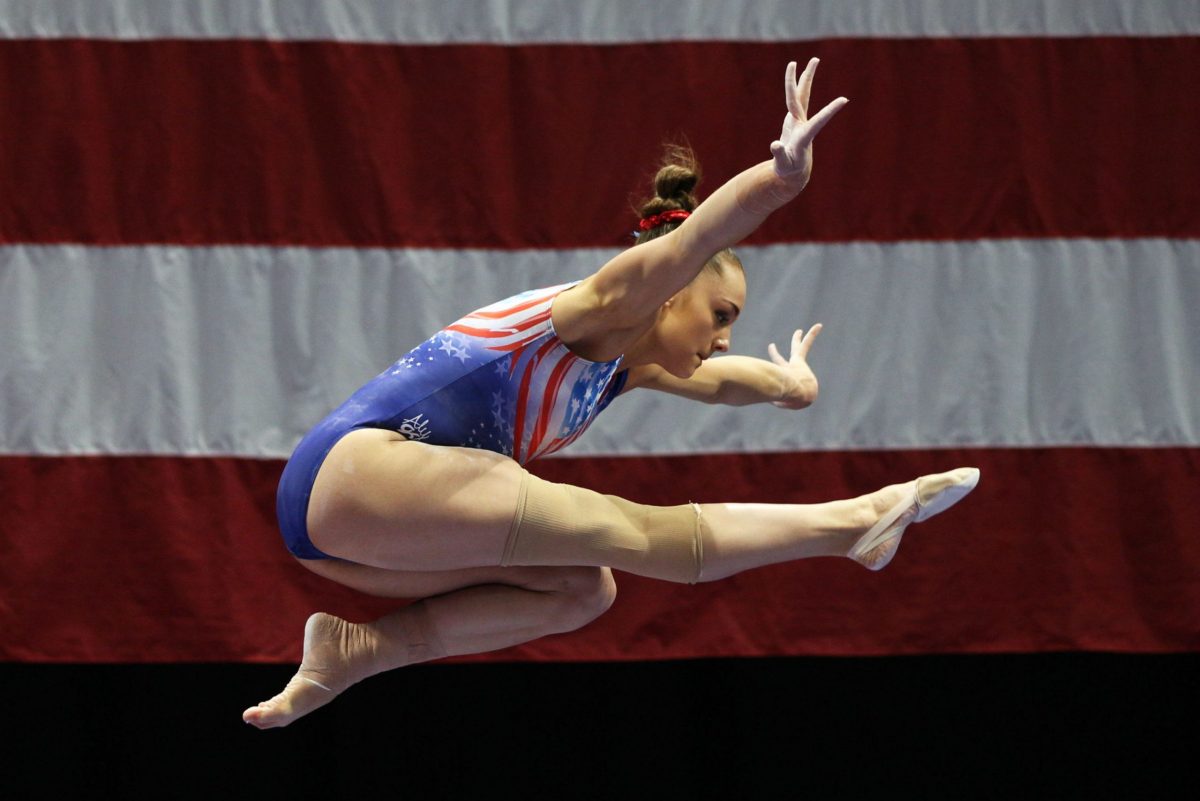 For gymnasts, winning is all about appearance. It’s about beauty, strength, grace. It’s how the judges see you. Gymnasts need to look the part: sparkly leotards, pretty bows, and always smiles on their faces. But, underneath the uniforms, the makeup, and the forced smiles are years of suffering for the United States’ elite gymnasts.

Unfortunately, much of that suffering can be traced back to Dr. Larry Nassar and the widely known sexual abuse scandal that left USA Gymnastics (USAG) in shambles in 2018.

Now, more than two years since Nassar (l) received his 175-year prison sentence, Netflix released a documentary that truly captures the corruption not only surrounding the silencing of these gymnasts, but the manipulative and abusive culture of USAG. The documentary, Athlete A, sheds light on the trauma that gymnasts suffered and how their stories were ultimately able to be heard.

The directing duo of the Netflix documentary, Bonni Cohen and Jon Shenk, take us through how the Indianapolis Star’s investigative reporting team uncovered the scandal and the actions that were taken to finally bring down Nassar. As the story unfolds, we learn that Athlete A, the gymnast who first voiced the abuse she suffered to USAG, was one of hundreds of young gymnasts sexually abused by Nassar throughout his years as USAG’s head doctor and as a team physician at Michigan State University.

One of the major focuses of the directors was the meticulous research of the Indianapolis Star journalists and the irrepressible dedication of the reporting team. The Star was likely first contacted about the sexual abuse because USAG itself is Indianapolis based.

In August 2016, the IndyStar began exposing the organization, demonstrating how it failed to tell representative authorities about countless sexual abuse statements against coaches. The morning the story was published, brave Rachel Denhollander, a former victim of Nassar’s, emailed the IndyStar team about her own mistreatment in gymnastics and she became the first victim to report Nassar’s name. After that first critical email, investigations at the Star spiraled and the story quickly swelled into one of the most impactful sports scandals in American history.  Without the journalists’ star-studded work and the bravery of the victims, Nassar might still be abusing gymnasts today.

In an interview with the Star, Mark Alesia, one of the lead investigative reporters on the story said he hopes the documentary, Athlete A, “will give people a renewed respect for journalism when it seems to be getting beaten down almost daily. I don’t think anybody could come to that conclusion after seeing the work we did.”

Besides covering the significance of the Star’s reporting team, Athlete A also showcases the testimonies of the victims, and takes a deeper look into the history of USAG and how it allowed decades of emotional and physical abuse.

According to Alesia, the filmmakers “did an excellent job of showing the bravery of the survivors and the injustice that was done to them.”

Athlete A then reveals more. Years before Maggie Nichols reported Nassar’s abuse to USAG, Jamie Dantzscher, a former Olympic gymnast had filed a lawsuit as a ‘Jane Doe’ after finally concluding that the ‘medical treatments’ Nassar had performed throughout her years as a teenager were not legitimate. The film further makes us question, how could coaches and the USAG federation simply ignore the abuse for so long?

“Only in an environment in which abuse of all kinds is normalized could sexual abuse on this scale happen,” wrote Dantzscher in a foreword to the book Little Girls in Pretty Boxes, which first sheds light on the corruption within USAG in 1999. She wrote, “It required the gymnasts’ well-practiced silence and the adults’ dereliction of responsibility. It required a culture that prized Olympic medals over the well-being of the young athletes striving to win them.”

So when Nichols first went to USAG about the mistreatment from Nassar, its president, Steve Penny, along with head coaches Béla and Martha Károlyi, simply hid it under the rug–focusing their attention on cashing in by winning medals rather than their own athletes’ safety. Athlete A demonstrates that this environment led by abusive and greedy adults, was the perfect place for molesters like Nassar to thrive.

This documentary will open everyone’s eyes, from elite gymnasts still coming to terms with the abuse, to those unaware and indifferent to gymnastics completely. You will see the incredible number of girls effected, and the desperate changes USAG needs to implement, to foster a safer and more pleasant culture.

The film closes by detailing the firing of Penny, along with the termination of the Károlyis’ involvement with USAG. But work for the journalists at the IndyStar is far from done.

In an interview with CNN, IndyStar reporter Tim Evans said, “I think Nassar is the end of one chapter, maybe. That may be the big chapter, but there’s more out there that we’re still digging into.”

Allison Courtney was an aspiring gymnast until age 13 when her mother suggested she turn her attention to diving. Allison is on the diving team of the University of Wisconsin, Madison.