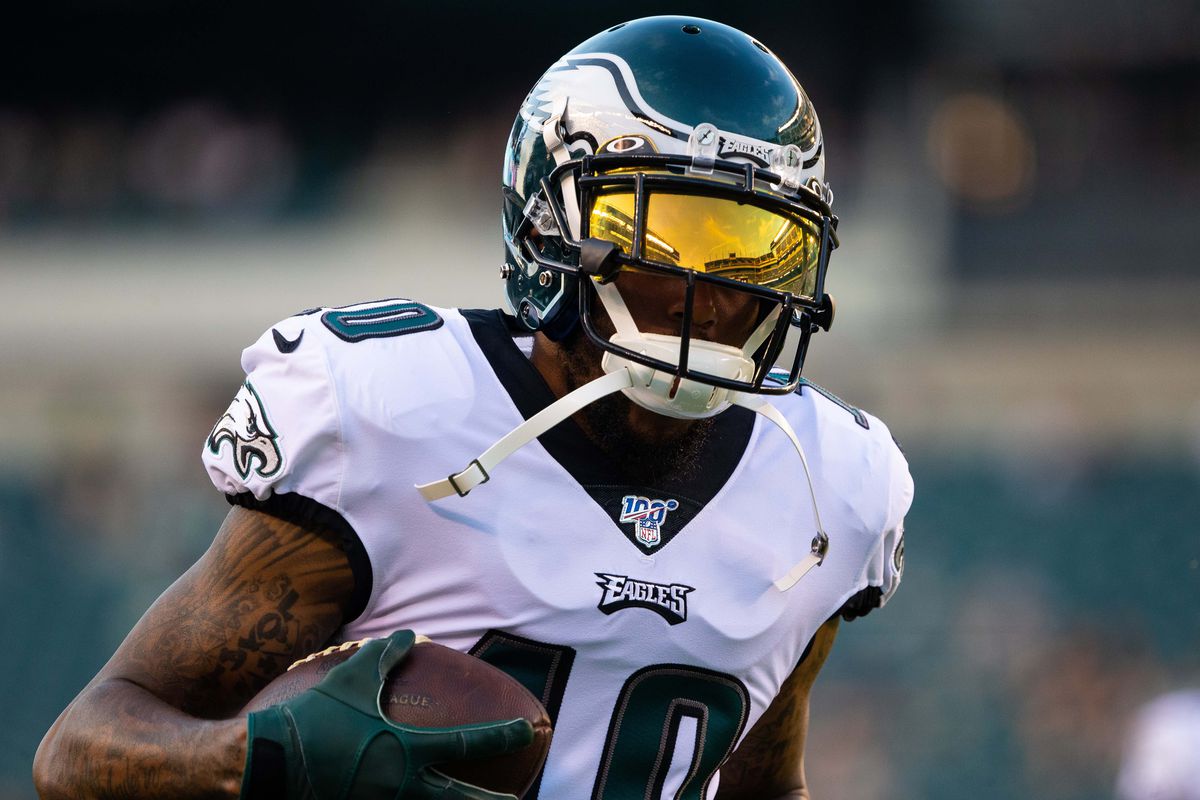 Eagles' receiver DeSean Jackson is under fire for his anti-Semitic post this week.

With Patrick Mahomes signing a $450 million contract extension with the Kansas City Chiefs through 2031 and DeSean Jackson posting inflammatory comments on his social media platform, this week was certainly filled with ups and downs.

Jackson’s post definitely added a sour taste to the week, but Mahomes’ contract extension gave many fans an opportunity to smile once again. From his on-the-field prowess and leadership to his off-the-field kindness and maturity, football fans seem to look up to the star quarterback of the reigning 2020 Super Bowl Champion. As Mahomes himself elaborated, “I just try to be the best Patrick Mahomes I can be.” During a time in which the United States is divided, many  crying out for social justice and the country suffering from COVID-19, it is now more important than ever that individuals attempt to be the best they can be, day in and day out.

Here’s a glimpse at what was on the minds of the talkies this week:

“the talent…the success…the attitude…not even the best part about Patrick Mahomes. He is one of the nicest guys I have ever been around. There’s talking about humility, and there’s living it. Such a pro and a great human being. A truly good guy of the NFL.”

“This is by FAR LeBron’s best chance of his career to go ‘steal’ a championship. He should be prohibitively favored to win this title.”

Bayless had some high praise relating to Deshaun Watson’s position on locker room dynamics during this social climate. Deshaun Watson enumerated how his job as a leader is to ensure that Texans’ players of all races stand together as one. Bayless respects this and appreciates Watson stepping up to the plate.