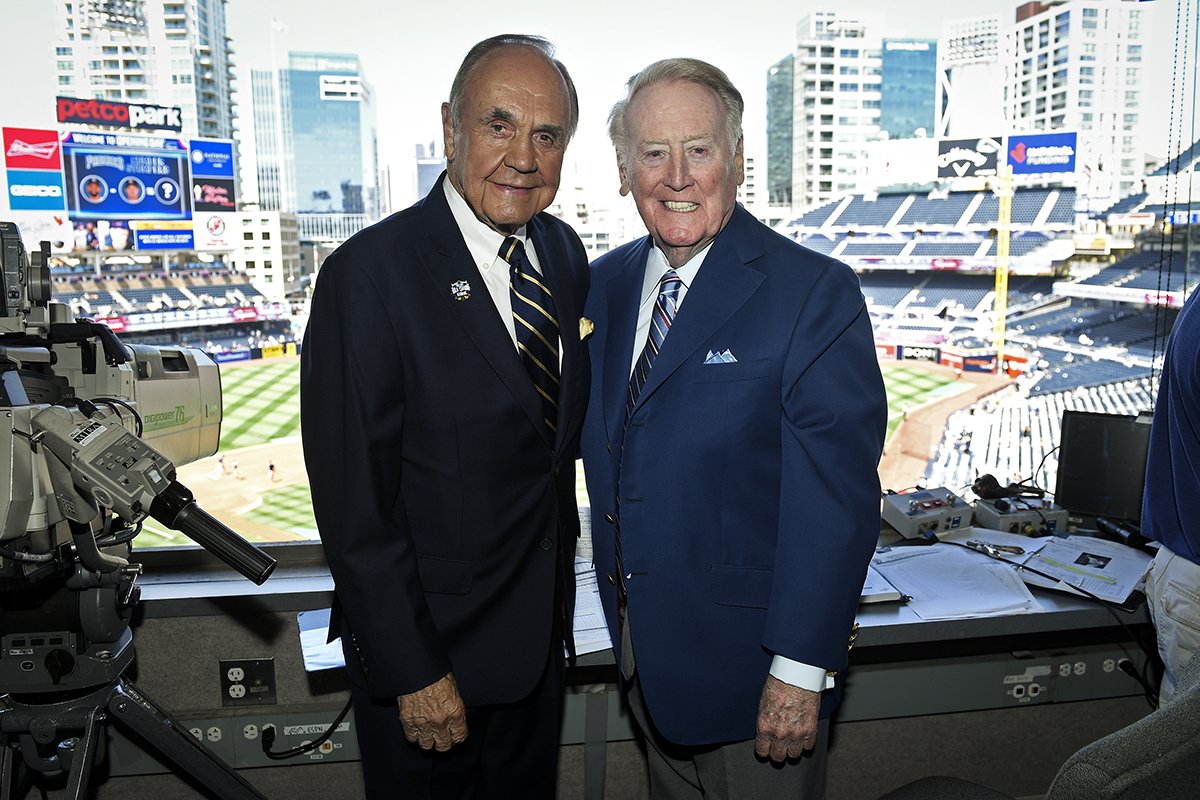 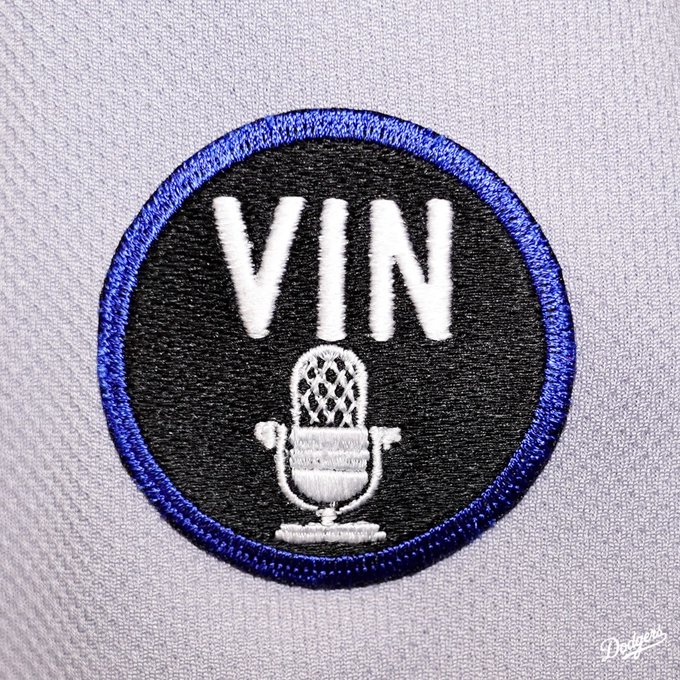 The first story I read of the death of Vin Scully, was written by David Hinckley. I never met the man, yet I’ve interacted with him a couple times in New York, a score of years ago. His abbreviated bio says: “David Hinckley wrote for the New York Daily News for 35 years. Now he drives his wife crazy by randomly quoting Bob Dylan and “Casablanca.”

Hinckley’s straight-down-the-middle report of Vin’s death was driving and gripping, particularly for those who listened during his 67 years. And for those who just got up in a fog in the Eastern Tine Zone. David drew Scully’s enormous ability to draw pictures brilliantly and do so in a colorful manner. No one who followed him could dispute it. Scully was the most blessed voice ever to hit the earth, especially in New York and Los Angeles. (Players will wear this patch on their uniforms  beginning this weekend.)

May I add that Vin passed when the Dodgers were playing the Giants in San Francisco last Tuesday. The connection to the Giants arrived in New York grade school when he was all of eight and walking back from class. The poor Giants were being obliterated, 18-4 by the Yankees. Vin pitied the Giants and even kidded that when he retired in 2016  he’ll root for them again.

Somewhere, up in the heavens Tuesday, God must have demanded a tight game to remember when the Dodgers came from behind to beat the Giants. 9-5. Scully’s last game too was also in SF. Lots of history and a century of rivalries between these two franchises. (L-R) Connie Desmond, Red Barber and Vin Scully in his rookie season. They’re all gone as are the two enormous men on the home scree, Dick Enberg and Vin.

With all the television in Brooklyn in 1950, including all home games, Branch Rickey wanted three voices, including 22 year old Vincent Scully to fill both radio and TV.

In David Hinckley’s words summarizing Scully’s life in an economy of words:

David Hinckley is gifted too. The man with a pen can turn a word so nicely!

To use a word that Vin loved, Hinckley did a marvelous job.

Jon Miller had a great comment, that he thinks maybe the greatest call in the history of sports broadcasting is Vin’s of Henry Aaron’s 715th because of the call, his long silence, his description, and then, especially, what he said afterward about its historical importance. Interestingly, Vin got some criticism for talking about Aaron as a Black man breaking the record. I don’t think most people knew at the time how terrible the hate mail to Aaron was.