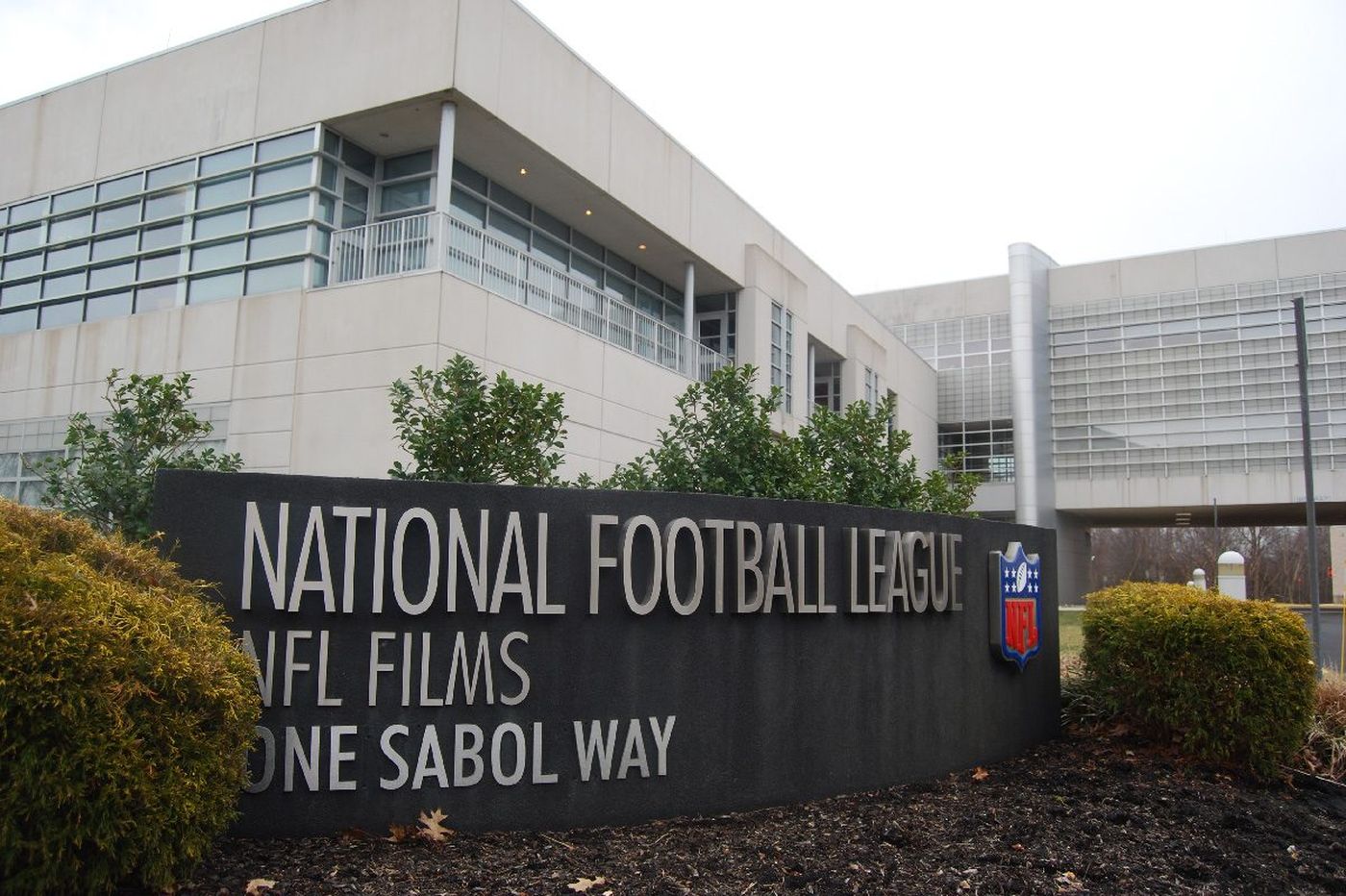 So much of NFL Films’ history is about its captivating footage, the close-ups and the slomos of gridiron heroes fighting for every last yard. Yet, what resonates and rings in our ears are the great voices we’ve heard for decades.

A little background, Films was founded in 1962 by Ed Sabol, the dad of Steve Sabol who himself, decades later, narrated a chunk of programs produced principally for ESPN.

Ed Sabol, a onetime clothing salesperson who passed at age 98 in 2015, paid $3,000 for the filming rights to the 1962 NFL title game (played at Yankee Stadium and won by the Green Bay Packers over the Giants,16-7). It marked the beginning of Blair Motion Pictures, named for Ed’s daughter. It was later renamed NFL Films.

The elder Sabol had a passion for film and told an interviewer many years later, “I always felt that after you go through all the work to complete a project, the one thing that you have to show for it is film. It’s the backbone. It’s what it all goes back to; it’s the heritage. It is the bones and the ground. Film digs ‘em up.”

Son Steve was a fullback  at Colorado College in the 1960s when NFL Films was an embryo. His dad Ed called Steve in school and said, ‘I can see by your grades that all you’re doing is playing football and watching movies. It makes you uniquely qualified for this job.’ The two planted the seeds for what is considered by a consensus of opinion, sports’ best filming arm.

Ed’s motto was, “Film is the cheapest thing we have. We record the game for posterity and shoot as much we can.” Steve felt that slow-motion was pure cinema; movie making perfectly matched for the grace, the beauty and violence of football. Together, both men believed, ‘Let the film run like water.’

How significant were Ed and Steve to Films’ growth and popularity? In 2012, the address of NFL Films’ headquarters in Mount Laurel, New Jersey was changed to serve as a tribute to father and son. It was One NFL Plaza, it’s now One Sabol Way.

A number of years after Films was founded, the NFL, at the urging of then commissioner Pete Rozelle, bought the Philadelphia area-based company. In the early years, its customized weekly highlights were syndicated through on-air television and available off-air at venues of public consumption, like long coast to coast airline flights.

With the advent of cable and paid television in the 1970s, NFL Films’ platform sprouted. So did the extent of its production, from game highlights to sophisticated documentaries for programmers like Showtime and HBO. When ESPN launched in 1979, the avenues of opportunities expanded even further.

As viewers and fans know, NFL Films provides a dramatic and cinematic twist to each and every game of the season.

Right at the outset, filming on tape produced a trademark look. And through the decades, as technology, video and the media world changed, NFL Films digitized but never compromised the imaginative and cinematic look of its finished product. The NFL Films team of experts met the challenge by keeping the same attractive feel; stamping each matchup and storyline with a unique look.

NFL Films has featured the most legendary voices in the narration world. John Facenda helped put NFL Films on the map vocally, with his  unmistakable tenor. After Facenda’s death in 1984 at age 71, Harry Kalas was Films’ primary voice. The two, especially Facenda, were intertwiningly linked with NFL Films for some five decades.

A good narrator is required to give the recording a sense of gravity and both Facenda and Kalas did so memorably.

In 1965, Ed Sabol discovered Facenda in a bar where when he overheard him describe some football footage playing on the screen. Facenda was then a popular local television news anchor. Impressed, Ed Sabol approached him with an offer to narrate NFL footage and so began an inextricable vocal-film partnership. Sabol himself described Facenda as a stentorian baritone. Facenda and Jack Whitaker, a CBS Sports television legend, worked together on Philly TV in the 1950s and 60s. The two were so popular that they had a bowling alley named in their honor. It still bears their names, Facenda Whitaker Lanes.

Facenda’s sepulchral Voice of God  articulated in somber narrative, battle ridden NFL marathons. His recordings were orchestrated symphonically, against the musical soundtrack of composer Sam Spence. How many NFL fans love to attempt an imitation of Facenda’s “On the frozen tundra of Lambeau Field?” Every letter is articulated diligently and enunciated perfectly.

Fecenda’s final voice-over work was the highlight film covering Super Bowl XVIII. Kalas followed as the prime narrator and remained in that role until his death in 2009. Harry carried on Facenda’s tradition, sonorously replicating the hard hits and tackles with his magnificent voice, one that could fill a noisy stadium.

Now Scott Graham is one of the lead voices used by NFL Films. When he walks through the corridors of NFL Films, he treads through history; photos and Emmys reinforcing the heritage of the game and the legacy of predecessors Facenda and Kalas.

Scott doesn’t just pop into a studio, read his lines and go home. He also does some football play-by-play, has been a fan since he was seven and has an appreciation for the game. Still, following two vocal icons, can be daunting.

I had a chance to do a Q&A with Graham who talks about his NFL Films narration work.

How often have you had a chance to listen to John Facenda? He is almost interchangeable with the early soundtracks that were produced by NFL Films?

John Facenda was-and always will be-the Voice of NFL Films. His unique sound was a combination of power and poetry, which matched perfectly with the style of films they were making. I first heard him when I was 6 or 7 years old, and was immediately a fan of the genre. I watched This Week in Pro Football and Game of the Week religiously, even when I was that young.

What have you tried to learn from the early Facenda recordings?

His pacing was perfect. It’s something Steve Sabol tried to teach me from the first time I walked into the booth, and I still work on that every time I read something for NFL Films.

There were many years when the legendary Harry Kalas was the voice of NFL Films. He is someone you likely heard and knew. What did you pick up from him?

Harry was a dear friend for a long time. He taught me a lot of lessons, but as it pertains to narration work, it was the instinct for finding and emphasizing the strongest word or phrase in a sentence. Once you find it, you can match your pace accordingly, and the sentence really pops. Harry was an amazingly talented man, and his narration work was a lot of great instinct.

What is the most daunting aspect of your job?

Trying to live up to the standard set by the people who’ve worked at NFL Films for years. And of the people that work there today.

How often do you record?

I have sessions during the season twice per week. And then sporadically throughout the offseason for various projects. The Super Bowl Instant Highlight Film is read the week immediately following the game.

In addition to highlights what are some of the interesting programs you have narrated?

I’ve worked on Game of the Week, Inside the NFL, Sound FX, and a number of other shows.

When you arrive at the studio, is there anything overwhelming or inspiring that energizes what you do and how you work?

Just walking in the door at Films is always a kick. You’re walking past row after row of Emmy Awards, football artwork selected by Steve Sabol himself, and large photos of John Facenda, Harry Kalas, and Jeff Kaye (another ex-narrator) on the way to the booth. If that doesn’t fire you up, what will!

You do play-by-play of football and basketball. You also called Phillies games. What is the difference doing work for NFL Films and doing play–by–play?

Narration and live broadcasting are two entirely different skill sets. One is the art of interpreting the written word, and the other is seeing and reacting to what’s happening instantly (TV), or trying to paint a picture (radio). It’s pretty incredible that Harry was among the best that ever did both.

How often do you run into people who say “Aren’t you the guy I hear on NFL films?”

People do recognize my voice from time to time. Sometimes they can’t place it right away, but if we talk for long enough, they usually figure it out. With Harry or John, the voices were so unique that they were unmistakable. I don’t have those kind of pipes.